The authors present two cases of invasive OSSN in patients with severe AKC. Case 1 was a 73-year-old male with severe AKC and atopic eczema who developed a suspicious papillary-like limbal lesion in the left eye. He had an excisional biopsy with cryotherapy and treated postoperatively with four cycles of topical mitomycin C. Histological assessment confirmed complete excision of a conjunctival intraepithelial neoplasia with severe dysplasia. Recurrences of the tumour in the left eye were treated with repeated cryotherapy, topical interferon α2b, followed by topical 5-fluorouracil but ultimately a lid-sparing exenteration was needed. Case 2 involved a 53-year-old male with severe AKC and atopic eczema who developed bilateral perilimbal lesions. The lesion in the right eye extended to the lids. Computerised tomography scan of the orbits revealed an extensive right orbital mass involving the extraocular muscles and lacrimal gland. The patient underwent a right orbitotomy with biopsies of the right orbital mass, lids and conjunctiva, and left conjunctiva. Histological diagnosis confirmed an invasive squamous cell carcinoma in the right eye and in situ in the left. The patient had a right exenteration and the left eye was treated topically with interferon α2b. Chronic inflammation associated with AKC is thought to be a risk factor for OSSN along with immunosuppression, human papillomavirus (HPV) and smoking. Both patients were on topical steroids with case 2 also being treated systemically. History of smoking or HPV status have not been mentioned. This study adds to a few other case reports suggesting an association of AKC and atopic eczema with OSSN. 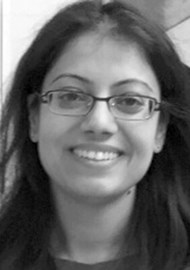