The authors prospectively recruited a convenience sample of individuals aged over 65 and either with a diagnosis of mild cognitive impairment (MCI) due to Alzheimer disease or normal cognition. Other types of dementia and severe neurological conditions were excluded. All participants had best corrected visual acuity tested monocularly and binocularly, low contrast visual acuity at two contrast levels, two rapid automatised naming tasks, optical coherence tomography (OCT) and asked to complete the National Eye Institute Visual Function Questionnaire with Neuro-Ophthalmic supplement (NEI VFQ-25 (Neuro 10)). The tasks in which participants with MCI had a significantly worse performance were the low contrast visual acuity and the Mobile Universal Lexicon Evaluation System (MULES) rapid automised naming task. This combination is reported as a predictor for MCI compared to controls. The authors put forward that the combination of these two tests should be performed and could be used as future clinical markers. These assessments are quick and easy to conduct, and their inclusion in future larger cohort studies could further test the ability to detect Alzheimer disease earlier. 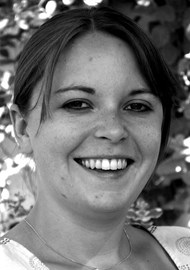