This prospective study looked at corneal donors with positive medical history of systemic fungal infection (oral thrush or respiratory, urine, wound, sputum, bronchial, tracheal, or throat culture positive for fungus), to establish if the risk of post-keratoplasty fungal eye infections increases in such cases. Forty-two donors were included and underwent two swabs at the time of eye donation; one before and one after 5% povidone-iodine three minute flush. Swabs were analysed for fungal culture using Sabouraud plates. The pre-5% povidone–iodine flush cultures were positive for fungal growth in seven eyes (8.1%) whereas no cultures were found positive after treatment with povidone-iodine. Of 84 donated corneas, 54 were used for corneal transplantation and none of the transplanted patients suffered fungal infection at six months post-keratoplasty. This small study suggests that fungal-positive systemic infection could be associated with a higher rate of fungus on the ocular surface, since previously published rate of fungus positive eye cultures at time of donation is 1.5%. However, pre-treatment with 5% povidone-iodine is effective at reducing fungal load. In this study there were no fungal infections post-keratoplasty, suggesting that patients with proven fungal systemic infection can still be considered as corneal donors after treatment with 5% povidone-iodine at time of donation. 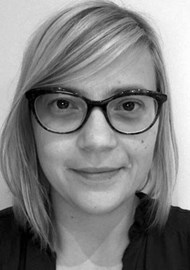