This is a small prospective study investigating the effect of proprioceptive factors on upper lid height. Eight unilaterally anophthalmic patients with ocular prostheses and normal lid heights had standardised photographic measurements taken of their eyelid and brow positions. Three sets were taken: at baseline, after applying a 1.6g gold weight to induce a ptosis, and with the gold weight plus topical local anaesthetic drops. The change in brow height was used as a measure of compensatory frontalis overaction. Interestingly, despite there being no visual feedback, there was a significant increase in brow height after application of the gold weight to the upper lid of the anophthalmic socket, suggesting a proprioceptive feedback mechanism from the upper lid itself Topical anaesthetic reduced this effect but did not remove it completely. The authors discuss the possible role of Muller’s muscle acting as a proprioceptor, citing experimental and histological evidence that it acts as a muscle spindle for the levator. The effect of topical anaesthetic is less clear, with a reduction but not abolition of the frontalis overaction. This may simply reflect a limited penetration and effect of the anaesthetic on Muller’s muscle. Despite having small numbers, this is an interesting paper that provides further experimental evidence for a degree of proprioceptive control of upper lid height, independent of visual stimuli. 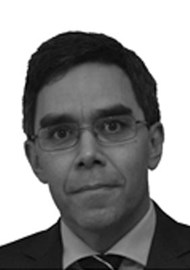