The authors review the demography and aetiology of paediatric enucleation over a 15-year period. A total of 9307 paediatric ophthalmic inpatients ranging from 0 to 14 years who underwent surgery at Shandong Eye Institute over the past 15 years were reviewed. Seventy-one patients (71 eyes) treated by enucleation were analysed. Forty-six were boys (64.8%) and 25 were girls (35.2%). The mean age at enucleation was nine years. Changes were observed during the three periods from 2001 to 2005, 2006 to 2010, and 2011 to 2015. All the enucleations were unilateral. The number of paediatric eyes treated with enucleation during each five-year period decreased over time (by 43, 26 and two, respectively). The decreasing trend of paediatric enucleations during the three periods was statistically significant. During these 15 years, trauma was the most common primary clinical diagnosis (52.1%), followed by retinoblastoma (RB) (16.9%), congenital anomalies, and other diseases as uveitis, endophthalmitis, severe myopia, retinopathy of prematurity (ROP) and Coats disease. Trauma was the primary clinical diagnosis in boys who underwent enucleation, while RB was the most common diagnosis in girls. No cases of enucleation due to congenital anomalies arose during the most recent decade and no cases of enucleation due to RB arose in the most recent five years. The authors should explore more cases of enucleation in other regions to better investigate the phenomenon of paediatric enucleation in China. The study is relevant for the prevention of avoidable causes, like trauma. 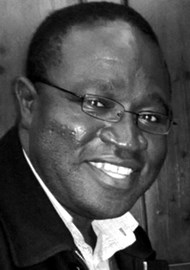