Basic research studies have implicated homocysteine in causing vascular endothelial dysfunction and inflammation, and this has been borne out in large observational studies which suggested that elevated homocysteine is associated with increased risk of cardiovascular disease. In order to determine whether there might be an association also between age-related macular degeneration (AMD) and homocysteine, Christen et al. prospectively studied a cohort of healthy female health professionals over the age of 40 from the Womens Health study. This was a large study involving 27,479 persons followed up over 10 years. Four hundred and fifty-two developed AMD, of which 182 were visually significant. The study authors did not find statistically significant evidence to suggest that elevated homocysteine levels were associated with an increased risk of developing AMD, nor was there a correlation for the subset with visually significant AMD (worse than 20/30). This large prospective study suggests that homocysteine levels do not contribute greatly to the risk of developing AMD. 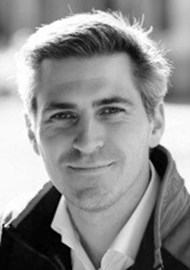