In one concise volume the reader learns of the recent rapid evolution in vitreoretinal (VR) surgery. The pioneering innovators were often remarkable personalities and this book helps to bring them to life. Prior to 1929 victims of retinal detachment were condemned to conservative measures or ineffective surgical techniques usually resulting in blindness. Thanks to the endeavours of these pioneering surgeons modern VR procedures are ‘nearly 100% successful’.

The timeline of the book takes us from the ignorant Prehistoric Era when examination of the peripheral retina was impossible, to the Middle Age between the world wars, when surgery resulted in some success through to the present time. An attractive feature of the book is Richard Keeler’s historical perspective including photographs of important developments in instrumentation and some lovely retinal paintings by Terry Tarrant and others.

In the Prehistoric Era surgeons did not have the tools to intervene successfully but there were useful developments such as the indirect ophthalmoscope developed by Christian Ruete in Leipzig using candlelight. Jules Gonin in Lausanne, Switzerland realised most retinal detachments were due to retinal tears. He devised a procedure to accurately locate all retinal breaks and seal them with hot metal (ignipuncture). Frank Juler’s article in the British Journal of Ophthalmology in 1930 ‘Good News from Switzerland’ described the successful new technique. Gonin had actually published his ideas 10 years earlier but had to overcome considerable inertia by colleagues.

In the Middle Age we hear about refinements in vitreoretinal surgery including various kinds of plombage. Hand in hand with the surgical advances were new developments in visualising the peripheral retina. Schepens developed a head mounted indirect ophthalmoscope so scleral indentation could be performed with the second hand.

It is fascinating to learn the historical background of giants like Ernst Custodis in Dusseldorf and Harvey Lincoff in New York (radial silastic sponge plomb and internal air or external balloon tamponade). Arruga in Barcelona used encirclement to create a 360 degree buckle. The controversy of diathermy versus retinal cryotherapy. Paul Cibis of St Louis, MI realised the potential of silicone oil in dealing with massive vitreous retraction but the use of silicone oil was hampered in the USA by the threat of litigation. Special long-acting gases like SF6 were introduced by Ed Norton in Miami in 1973.

In the Modern Era Robert Machemer in Miami devised the closed technique of pars plana vitrectomy with a special cutting instrument to prevent vitreous traction during surgery. This major development in retinal reattachment surgery was ground breaking, as were his training methods to ensure surgeons safely mastered the learning curve. Connor O’Malley in San Francisco significantly reduced the diameter of his vitreous cutter to a common 20 gauge and separated the infusion and illumination, creating the now standard three port pars plana vitrectomy.

Innovations are discussed such as illumination, heavy perfluorocarbon liquids and the new generation of small 23 or 25G vitreous cutters with very high cut speeds.

Naturally the authors have a Moorfields Eye Hospital, UK bias but they cover the most important developments across Europe and the USA, often with personal observations. This carefully crafted book throws light on a fascinating topic and is highly recommended for any ophthalmologist. It is not a training manual though the extensive bibliography would be useful for VR surgeons. Enjoyable and very good value for money. 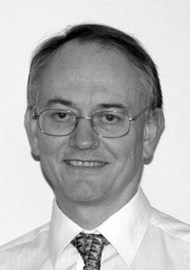 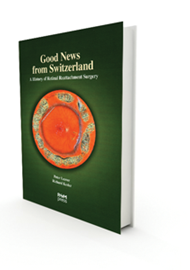