Switzerland, NEUCHATEL--SAV-IOL (Swiss Advanced Vision) announced the release of Lucidis Toric and Eden Toric, two new intraocular lenses (IOLs) to correct astigmatism after cataract surgery. These IOLs benefit from an innovative Extended Depth of Focus (EDOF) technology that enables a high-quality continuous vision. The official release is scheduled for the ESCRS Congress in September 2019 in Paris.

Toric intraocular lenses help correct astigmatism, a widespread eye condition that effects nearly 30% of the population. Astigmatism occurs normally in relation to myopia or hyperopia and causes blurred vision, discomfort, and potential headaches. To address this vision disorder, SAV-IOL has decided to adapt the optic of the already widely known EDOF IOLs, Lucidis and Eden. Since 2015, the Swiss company has been developing advanced IOLs with the goal to restore the missing accommodation left by the removal of the natural lens. After a period of extensive research, SAV-IOL came out with a unique optical technology called “Instant Focus,” which enables the creation of a constant peak of light intensity on the retina providing a continuous vision from near to intermediate distances. This ideal combination opens an exciting new market for the Swiss Manufacturer. 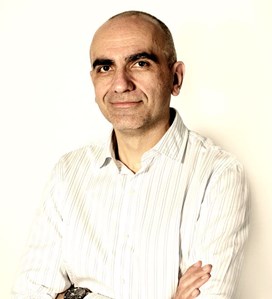 “With regards to market expectations, providing Toric versions of Lucidis and Eden corresponds to a natural extension of our product portfolio,” said Max Boysset, CEO of SAV-IOL. “It will allow patients with astigmatism to benefit from our unique EDOF technology.” Lucidis Toric and Eden Toric are made with a hydrophilic material and are available with a diameter of 10.8 mm or 12.4 mm. Alongside the release of these two new lenses, SAV-IOL provides a Toric Calculator available at sav-iol.com to help medical professionals define the cylinder and the predicted values of residual astigmatism.

In the quest to fully restore the vision post cataract surgery, SAV-IOL is already working on the next generation of intraocular lenses. Present-day IOLs constantly suffer from optical compromises such as a narrow range of vision, loss of light, or unwanted visual disturbances. To push away the present-day boundaries of IOLs, SAV-IOL has launched the R-TASC project, a novel IOL concept that will outmatch the current market. R-TASC is an electronic lens with real-time autofocus designed to fully restore the visual accommodation. The lens includes a feedback loop mechanism made to control the curvature of the optic to constantly adapt the power of the lens. This way, one hundred percent of the transmitted light is used avoiding any loss of light or other optical compromises. The platform of R-TASC is also future proofed to incorporate augmented reality and other interactive features, opening a whole new array of possibilities never seen before. SAV-IOL has already confirmed the technical feasibility of this project and is now seeking to raise USD 20M to bring this groundbreaking device to the market.

SAV-IOL will be presenting its new Toric lenses along with the latest R-TASC prototype at the 37th Congress of the ESCRS in Paris in September 2019 (booth I123, pavilion 7) and will also be exhibiting the R-TASC project at the MEDICA exhibition in Dusseldorf in November 2019 (Swiss Start-Up Corner).

About SAV-IOL: SAV-IOL is a Swiss company that develops, manufactures, and markets EDOF IOLs. The portfolio of SAV-IOL is made of three products: Harmonis, a customizable EDOF IOL, Eden, a premium EDOF IOL, and Lucidis, an affordable EDOF IOL. SAV-IOL is ISO 13485:2016 certified (MD 615363) and the lenses are CE marked (CE 615365).