Birdshot retinochoroiditis (BRC) is a chronic, sight-threatening uveitis, most commonly affecting caucasian individuals in their fourth to sixth decades [1].  The disease is associated with HLA-29 and is characterised by progressive inflammation at the level of retina and choroid, with a distinctive clinical phenotype, showing bilateral, creamy, ovoid, subretinal lesions, giving the typical ‘birdshot’ appearance [2].

We present a case demonstrating the relapsing and remitting course of the disease, and the difficulty in choosing a therapeutic regimen able to maintain disease remission.

A 51-year-old Caucasian female, diagnosed with BRC in 2007, presented to the uveitis clinic in August 2021 for a regular follow-up. Her current medications included mycophenolate mofetil (MMF) 1.5 g bd and adalimumab 40mg/0.4 ml weekly (adalimumab level 24.5 µg/mL). She received Iluvien to the left eye in June 2020.

The best corrected visual acuity was 6/9 in the right eye and 6/7.5 in the left eye. Both eyes showed no signs of anterior chamber inflammation and the vitreous was clear bilaterally, with no subretinal inflammatory lesions detected on clinic examination. However, right eye optical coherence tomography (OCT) showed cystoid macular oedema (CMO), and repeated fluorescein fundus angiography (FFA) showed evidence of right diffuse vascular leakage. Left eye showed no signs of active retinal vasculitis on FFA with no CMO on OCT scan. Repeated indocyanine green angiography (ICGA) showed bilateral reduction of the hypofluorescent spots detected at the last ICGA performed in April 2021 (when her MMF was increased from 1g bd to 1.5g bd, and adalimumab frequency increased to weekly).

The patient was listed for right eye Iluvien to control the retinal vasculitis and CMO, and advised to continue her systemic therapeutic management unchanged, since choroidal inflammation appeared better controlled on ICGA after increasing the dose of her systemic medications in April 2021.

The management of BSCR involves using steroid sparing immunomodulatory therapy (IMT) such as mycophenolate mofetil and tacrolimus. With mycophenolic acid, intraocular inflammation was controlled, and corticosteroid doses were reduced to ≤10 mg daily dose in 95% of of a cohort of uveitis patients [4]. Systemic corticosteroids are needed for rescue therapy in acute episodes or as bridging therapy until systemic IMT becomes effective. Studies have shown that monotherapy or low doses of systemic corticosteroids leads to varying efficacy [5, 6]. Biologics have shown to improve visual acuity with complete resolution of vitreous inflammation in individuals unresponsive to IMT [7]. Periocular and intravitreal injections can be used to control macular oedema; a study revealed resolution of macular oedema in 88% of patients. However, there was an increased rate of cataract development, ocular hypertension, and secondary glaucoma [8]. When Iluvien was compared to Ozurdex, no significant difference was found between their abilities to control inflammation, but steroid-induced ocular hypertension was significantly lower with Ozurdex. Iluvien also resulted in a higher increase in IOP [9].

BSRC patients have higher levels of depression because of deteriorating visual acuity and impending vision loss [10]. Psychological treatment may also be useful in improving their mental health, anxiety, and their quality of life. Despite the potential to stabilise disease activity, the long-term prognosis remains guarded with visual impairment occurring in a significant percentage of patients. 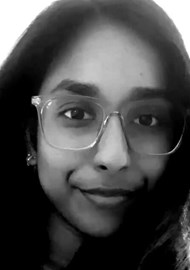 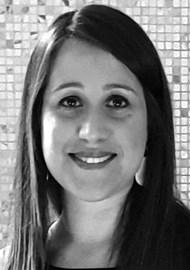 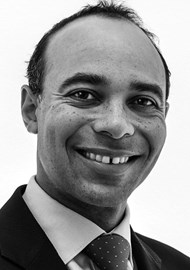