In neuro-ophthalmology we get asked a lot about management of patients who suffered significant trauma and presented with loss of vision secondary to presumed traumatic optic neuropathy (TON).

TON happens usually in the context of significant craniofacial trauma. The incidence is around 2-5%, with several mechanisms suggested to explain the pathophysiology of TON. These include mechanical injury, which could be direct or indirect, orbital compartment syndrome and vascular ischaemic injury [1].

It is important to make every effort to take a full history and details of the incident, as this will help understand the mechanism of suspected TON. Assessment of visual functions, including visual acuity, colour vision, confrontation field tests, pupils assessment (for relative afferent pupillary defect – RAPD) and optic nerve and macular optical coherence tomography (OCT), if possible, is very helpful in establishing a baseline. Neuro-imaging should be done, ideally a computed tomography (CT) scan looking for bone fractures or acute haemorrhages and an magnetic resonance imaging (MRI) scan, if possible, to assess the visual pathways. It is also very important to perform a full ocular and adnexal examination looking for signs of ocular trauma. In the context of indirect mechanical or ischaemic damage, the most important objective test is the presence or absence of an RAPD. In these patients, the optic disc will often be normal in appearance and only develop disc pallor over the next few weeks.

It is difficult to draw any evidence-based, clinically-proven conclusions on TON treatment. Many patients improve spontaneously (20-35%). Treatment options include observation, medical treatment with high dose of steroids, surgical treatment to decompress the optic nerve or a combination of both.

There is significant controversy around best evidence-based treatment as there is no clear benefit from steroids, with some toxicity in animal models and increased mortality in patients with concomitant head trauma. Surgical intervention to remove any bony fragments or to decompress the optic nerve might be beneficial but very difficult, with considerable morbidity. 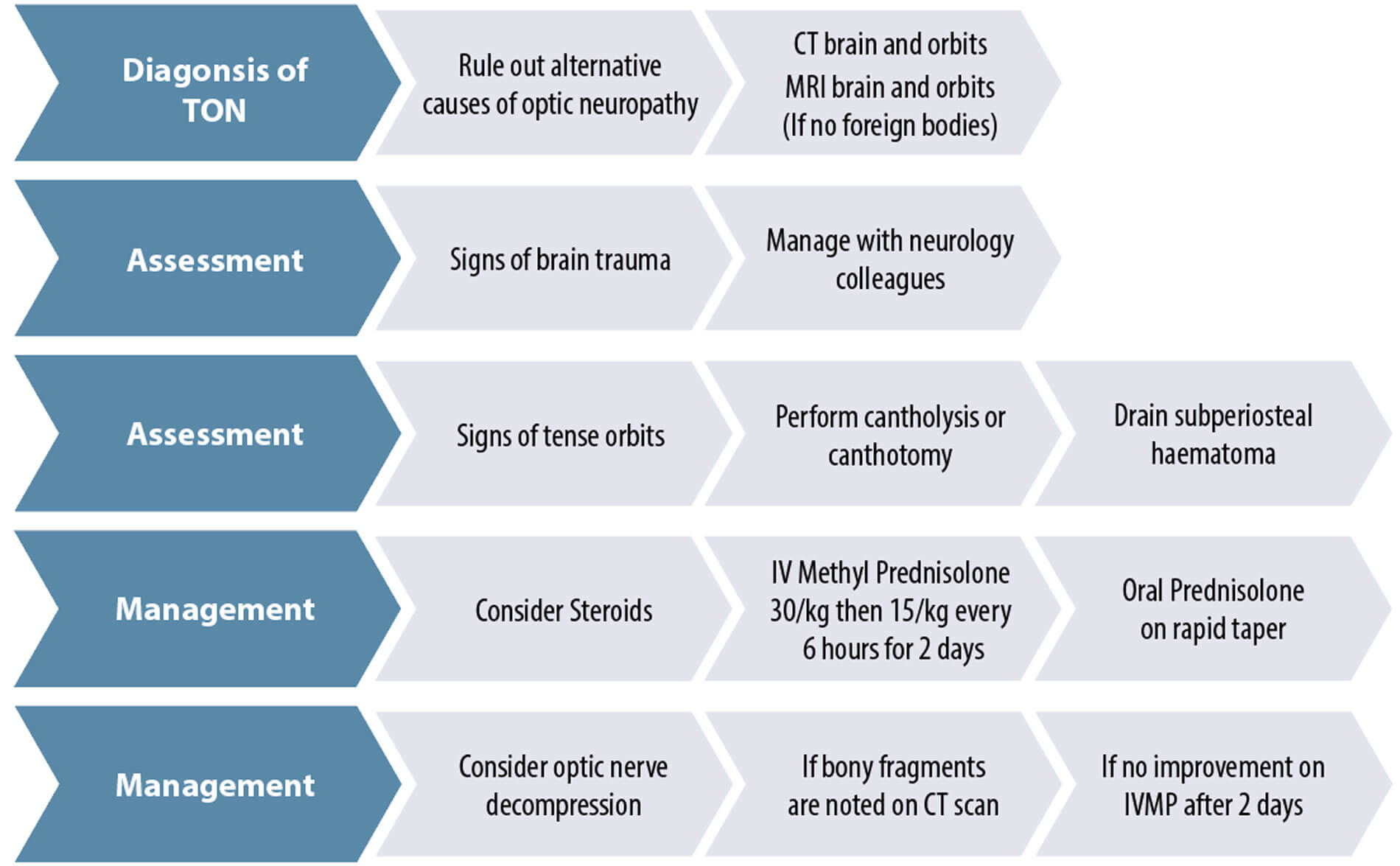 Most studies suggested that there was slight or no benefit to treatment over observation but did not find a significant difference between treatment modalities or steroid dose. There was no agreement on the dose needed for treatment of TON, with suggestions of IV methylprednisolone as an option. Surgical intervention to decompress the optic nerve was suggested if there was no improvement on medical treatment. This could be done using various surgical approaches [2].

Steinsapir and Goldberg in 2011 reviewed treatment options for traumatic optic neuropathy and found that most studies were small and lacking any control arm [4]. The Corticosteroid Randomization for Acute Head Trauma (CRASH) trial found increased death rates in patients who were treated with steroids compared to the placebo group. Other studies also suggested toxicity of steroids to the injured optic nerve in animal studies. They concluded, given that most TON patients will have concomitant brain trauma, these patients should not be treated routinely with steroids due to lack of demonstrated benefit and increased mortality. They also concluded that the benefits of surgery are also unclear.

In 2013, Yu-Wai-Man and Griffiths reviewed all major medical databases for evidence on surgical treatment for traumatic optic neuropathy [5]. They did not find any randomised controlled trials (RCTs). They concluded there is a lack of RCTs and a high rate of spontaneous recovery, without clear evidence that surgical decompression provides any benefit, although these surgical interventions can carry significant risk of complications such as cerebrospinal fluid leak and meningitis.

The same authors also reviewed all major medical databases for evidence on the benefits of steroids treatment for TON [6]. They found one RCT on the use of high dose intravenous steroids in patients with indirect TON. This study looked at 31 patients (16 treated with steroids and 15 with placebo) followed for three months and found that although vision was slightly better in the steroid group, this was not statistically significant. They concluded that there is a lack of clear evidence on benefit of steroid treatment compared to observation, with high rates of spontaneous recovery in TON.

Chaon and Lee in 2015 looked again at available treatment options for TON [7]. They also noted the lack of randomised trials and current literature consisted of small retrospective observational studies. Findings suggested lack of clear benefit of treatment with either steroids or surgery or combination of both over observation only. Novel neuro-protective approaches such as erythropoietin were still under investigation.

Very recently, in 2021, Naguib et al. looked at intravitreal injections in animal models of TON and found that these injections might be harmful to the optic nerve with increased number of the degenerative nerve fibres and increased levels of the pro-inflammatory cytokines, IL-1α and IL-1β [8].

There is a lack randomised controlled trials on the treatment of TON and treatment remains controversial. Options should be tailored to each patient and these include observation, medical treatment with steroids or surgical treatment to decompress the optic nerve. The options should be discussed with individual patients to gain informed consent as benefits are not clear with high risk of morbidity or mortality. 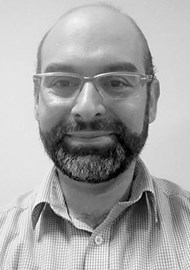