The authors review the evidence for nanosecond laser cataract surgery: is this the future?

Cataract is a leading cause of visual impairment worldwide, and cataract surgery is one of the most successful and cost-effective healthcare interventions, with a great impact on patients’ quality of life.

The evolution of cataract surgery progressed from couching described in ancient India 800BC, to the first cataract extraction performed by Jacques Daviel in 1747, to the introduction of phacoemulsification surgery in 1967 by Charles Kelman.

The most recent advance is the use of lasers in cataract extraction. In 2008 Nagy et al. described femtosecond laser-assisted cataract surgery (FLACS), which can be used to create corneal incision, anterior capsulotomy and lens fragmentation, then the operation can be completed using standard ultrasound phacoemulsification.

Femtosecond lasers-assisted cataract surgery (FLACS)
- Utilises short bursts of laser in the domain of femtoseconds (10–15 seconds)
- Separate machine
- Can create corneal incision, anterior capsulotomy and fragment nucleus into small pieces that can be emulsiﬁed with ultrasound.

Nanosecond laser cataract surgery
- Utilises short bursts of laser in the domain of nanoseconds (10−9 seconds)
- Compatible with most phaco platforms
- Can completely emulsify the lens using only laser.

The nanosecond (10-9 seconds) laser, on the other hand, can completely emulsify the lens using only laser without the need for ultrasound (Table 1). The technology is based on pulsed Q switched Nd:YAG laser, 1064-nm wavelength, 5 nanosecond pulse duration and delivers 3-10 millijoules of energy per pulse. Quartz fibre transmits the laser beam to be focused on a titanium target inside the probe, which creates a shock wave that spreads from probe tip emulsifying cataract. The laser machine is compatible with most phaco platforms.

The laser is triggered by the vitrectomy air pulse and connected via optical fibre to a single use disposable hand piece and controlled with a foot pedal (Figure 1). 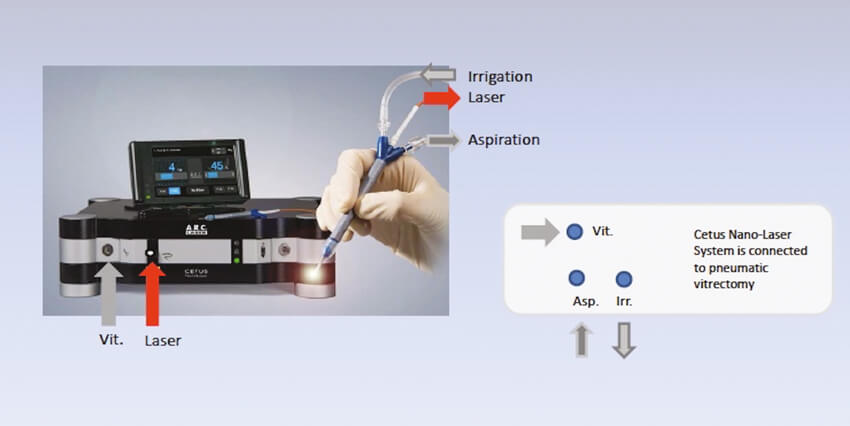 Figure 1: The laser is triggered by the vitrectomy air pulse and connected via optical fibre to a single use disposable hand piece and controlled with a foot pedal.

Studies showed that nano laser is less traumatic to endothelium in comparison to ultrasound, and less thermal effect on ocular tissues which makes it a good option in cases with compromised corneal endothelium as Fuch’s endothelial dystrophy and eyes with previous endothelial corneal grafts.

Tanev et al. in his prospective cohort study compared endothelial cell density and morphology preoperatively and two years postoperatively in 41 patients with bilateral cataract where one eye was done using coaxial ultrasound phacoemulsification and the other eye with nanosecond laser. The results showed that nanosecond laser was better than ultrasound in preserving endothelial cell count and morphology [2], although this study was not masked and patients were not randomised.

Figure 2: The nanolaser has a rounded tip.

Other features of nanolaser are the use of disposable hand piece, which decreases chances of infection. Also, its rounded tip (Figure 2) might theoretically reduce the risk of posterior capsular damage, although experienced surgeon Dr Jérôme Vryghem, Brussels, had eight posterior capsular tears between August 2015 and December 2016, which shows that nanolaser has its own learning curve.

It can be combined with FLACS to create true 100% all laser bladeless cataract surgery, which can serve as a great marketing tool for an ophthalmologist’s practice, as more patients are aware of new technologies.

On the other hand, nanolaser surgery takes longer to complete in comparison to ultrasound phacoemulsification and it is less efficient in dense cataract.

In conclusion, nanolaser is an exciting new technology that continues to evolve with promising results, but more time and larger studies are needed to ensure safety and efficiency. 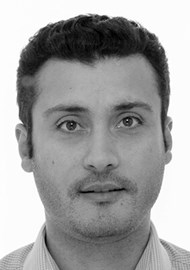 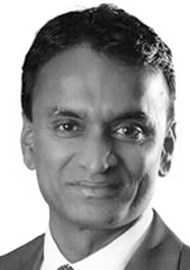