Orbital cellulitis is an ophthalmic emergency that warrants urgent management in the hospital setting [1]. This occurs more frequently in the paediatric population where it is often secondary to sinus infections. Delay in treatment could result in severe complications including vision loss, abscess formation and intracranial infections.

Albeit rare, several cases of central retinal artery occlusion (CRAO) have also been reported in patients with orbital cellulitis, many of which have resulted in permanent loss in visual acuity [2,3]. CRAO itself requires immediate management as longer ischaemic times result in increased death of retinal nerve cells [4]. Several mechanisms have been proposed by which CRAO develops in the setting of orbital cellulitis, however, no clear pathophysiology has been identified. Most cases have been reported in adult patients who had deterioration in visual acuity at presentation. We report here the youngest case of a paediatric patient who developed reduction in visual acuity and CRAO post decompressive surgery for orbital cellulitis.

A 13-year-old male presented in eye casualty with coryzal symptoms followed by a six-day history of sudden onset worsening facial pain in the cheek progressively moving towards the right eye. Three days prior to admission, he developed right eye swelling and was unable to spontaneously open his eye. He was generally fit and well otherwise. On examination, he had right chemosis, limited ocular movements, no relative afferent pupillary defect (RAPD) and no papilloedema. His visual acuity (VA) was 6/9 OD and 6/5 OS unaided with intraocular pressures (IOP) of 15mmHg bilaterally. The inflammatory markers were raised with a white cell count of 15.58 and C-reactive protein of 177.

Intravenous antibiotics were commenced, and a computed tomography (CT) scan was undertaken that showed a right-sided abscess crossing multiple compartments including the extraconal space, maxillary sinus, and ethmoid sinus. This was managed with incision and drainage and limited right functional endoscopic sinus surgery. The intraoperative findings were a congested right nasal mucosa with pus in middle meatus and medial to middle turbinate, oedematous periorbital soft tissue, chemosis and proptosis. Immediately post surgery, his VA and IOP remained unchanged. The right eye extraocular movement was globally restricted particularly temporally and inferiorly. 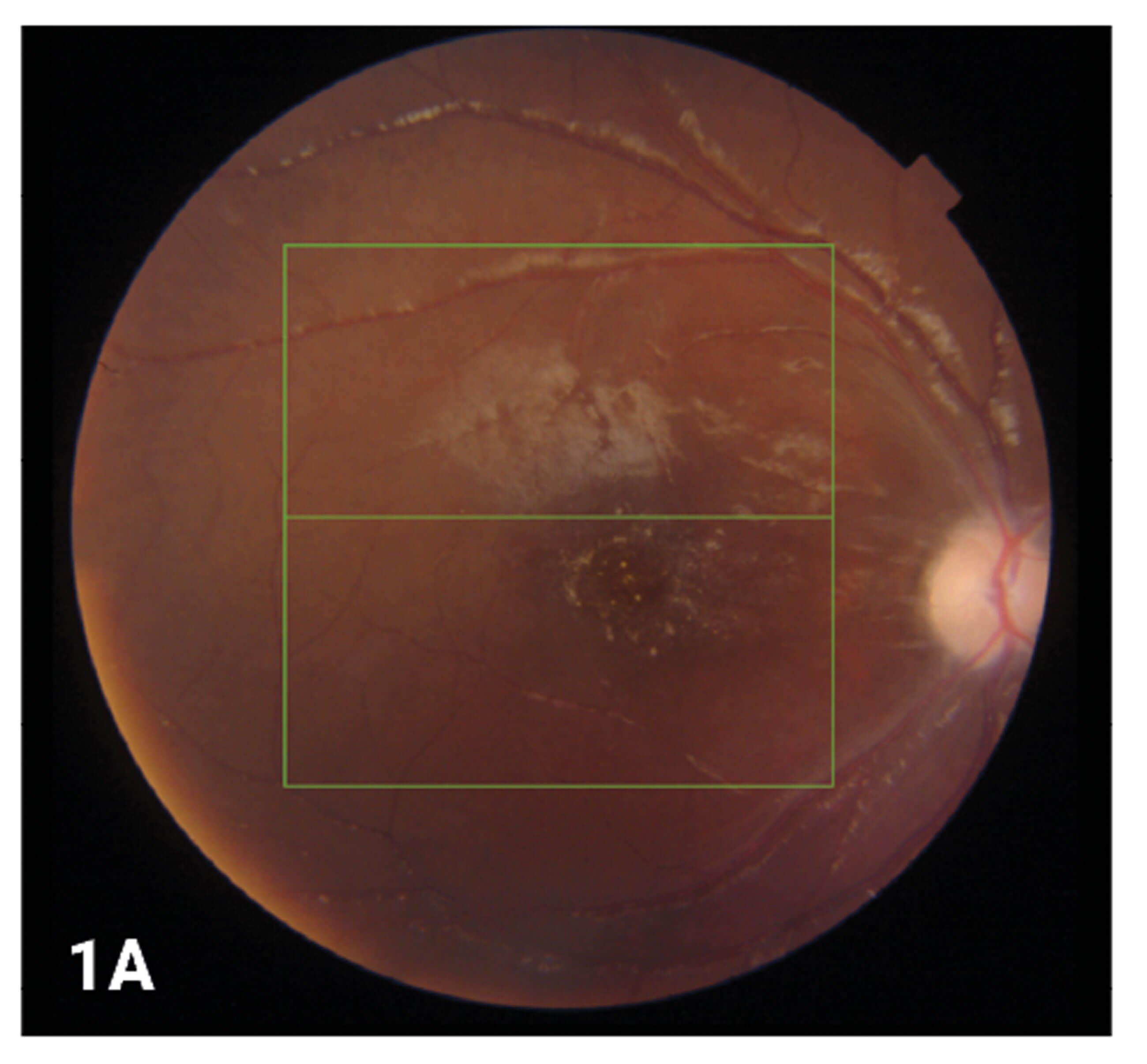 Figure 1: The a) fundus image of the right eye postoperatively along with
the close-up view of the optic disc of the b) right eye and c) left eye.

Day one postoperatively, he developed a RAPD with no change in VA. Colour vision was intact bilaterally. On ocular examination, the disc and retina were pale with significant inner retinal oedema. A CT head and orbit with contrast showed improved appearances post drainage, and no evidence of optic nerve compression. The following day, there was painless deterioration in the right eye VA to no perception of light with persistent relative afferent pupillary defect. A diagnosis of CRAO was made. The patient and family were advised of the poor prognosis for the right eye, which was not amenable for further treatment. To rule out any systemic source of thrombus formation and emboli, he had further investigations. His echocardiography and ultrasound carotid doppler revealed no abnormalities. Clotting studies were normal with a prothrombin time of 14.8 and activated thromboplastin time of 32.6.

CRAO resulting from orbital cellulitis is a rare but recognised complication, which can have a significant impact on the patient’s quality of life due to loss of vision, especially in the paediatric population. The earliest case of CRAO dates to 1925 which occured due to orbital cellulitis secondary to a hordeolum [5]. Following this, several other cases have been reported primarily in the adult population, with a 16-year-old being the youngest individual, none of which occurred following decompressive surgery [6]. We report a case of 13-year-old male who developed CRAO day one postoperatively, despite early administration of intravenous antibiotics and surgical decompression.

Multiple mechanisms have been proposed to explain the onset of CRAO in the setting of orbital cellulitis including mechanical compression, thrombosis, and arteritis [7,8]. Mechanical compression is unlikely in our case given decompression was performed prior to CRAO, with patient seen by ophthalmology on the first postoperative day. Moreover, imaging after surgery showed significant reduction in inflammation and intraocular pressure remained normal. We also did not see any evidence of central retinal vein occlusion as it would make sense that the vein would be compressed before the artery given the higher intravascular pressure in the latter. However, it is possible that due to the resolving but ongoing conal inflammation, including the oedematous extraocular muscles, this could have compressed the central retinal artery, particularly before it enters the dura mater to run with the optic nerve and central retinal vein. This would explain the absence of any signs of central retinal vein occlusion. Another possible mechanism could be inflammation leading to an arteritic type occlusion or thrombus formation through the activation of the coagulation cascade. This begs the question whether steroids have any place in management of orbital cellulitis to avoid such complications that may be inflammation driven. A prospective study identified that in individuals with orbital cellulitis, the group receiving steroids had earlier improvement in oedema, chemosis, proptosis and extraocular movements [9]. This may be something that clinicians wish to consider as part of orbital cellulitis management particularly in cases where visual acuity is compromised.

The patient underwent daily ophthalmic assessments from admission to the postoperative period. Visual acuity was 6/9 OD at presentation and deteriorated dramatically postoperatively despite appropriate medical and surgical management. In this case, what may have contributed to the deterioration is the late presentation of the child to the hospital given the six-day history of symptoms prior to admission. Nonetheless, this highlights that patients with orbital cellulitis may still be at risk of complications including CRAO even after early diagnosis and treatment, which necessitates close patient follow-up including regular ocular examination until signs of inflammation completely resolve. What is peculiar in this case is the deterioration of visual acuity day two postoperatively despite signs of ischaemia being evident on fundus imaging day one postoperatively. It may be the case the visual acuity had indeed deteriorated at day one but perhaps the patient managed to read the Snellen chart with the normal eye. This highlights the need for careful examination and ensure patient compliance especially in the paediatric population to obtain an accurate visual assessment.

The patient underwent a CT head and orbit with contrast when a RAPD developed to look for signs of optic nerve compression. In hindsight, given the pale appearance of the retina, a fundus fluorescein angiogram would have been useful in confirming the diagnosis. However, as CRAO is a rare complication of orbital cellulitis and given no change in visual acuity day one postoperatively, this was not initially suspected until the painless deterioration in vision occurred the following day. It is debatable whether any measures should have been taken once a CRAO was diagnosed. Given the late diagnosis with retina being pale for over 24 hours and unclear pathogenesis, any attempts to establish reperfusion would have had limited success [10].

Central retinal artery occlusion is a rare but serious complication of orbital cellulitis. Clinicians should have a high suspicion if fundus imaging indicates underlying ischaemia or there is an acute painless deterioration in visual acuity. Fundus fluorescein angiography can help confirm the diagnosis when there is uncertainty. Prompt treatment with antibiotics ± surgery can help reduce the risk of developing complications secondary to orbital cellulitis, but close monitoring is still needed until the inflammation has settled. Steroids may have a role to play in reducing inflammation in cases where there is loss of visual acuity from baseline.

Consent: Verbal informed consent for patient information and images to be published was obtained.

Funding: This research received no specific grant from any funding agency in the public, commercial, or not-for-profit sectors. 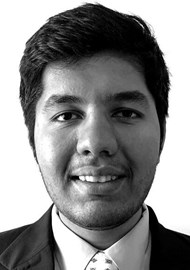