SOS (Simplified Ophthalmic Statistics) Part 3: Which statistical test should I use (if any)?
A short series by Catey Bunce and Tafadzwa Young-Zvandasara for ophthalmic trainees.

P<0.05 is a statement that brings joy to many researchers. Arguably this is because inclusion of such a statement may increase the chance of acceptance for publication. Whilst statisticians and non-statisticians are united in trying to change this culture, cultural change takes time. It is therefore likely that many reading this article will be doing so in the hope that they may learn the skills to generate such statements.

In part 1 of this series we mentioned two types of statistical methods – inferential and descriptive.

In part 2 of the series we gave you guidance on how best to describe your data (descriptive statistical methods).

P values are generated by tests of significance and there are many different types. The tests work in a similar fashion and may also be described as hypothesis tests because they operate in a framework which involves declaring the current belief or null hypothesis and an alternative belief or hypothesis. The test computes a test statistic based upon the observed data and then determines by reference to a specific statistical distribution (different for different tests) a P value – the probability of observing as or more extreme data as that observed under the null hypothesis by chance alone. If the P value is less than a certain threshold (often set at 0.05) you may declare statistical significance and if not you may state that your results are not statistically significant at that threshold. In making this declaration, however, it is important to acknowledge that you may be making one of two mistakes:

a. A type I error where you say something is statistically significant when it is not.

b. A type II error where you say that something is not statistically significant whereas in reality it is.

The chance of making a type II error is called beta and this depends on the effect size and sample size. Because of this dependence on sample size, when analysing big data even very small effect sizes may be declared statistically significant and similarly if you have very little data then you are unlikely to get a statistically significant result even where there is a large effect size. Some effect sizes matter clinically, others do not, for example, a difference between groups in intraocular pressure (IOP) of 1mmHg might not matter clinically, whilst 10mmHg might. Statistical significance is not the same as clinical significance. A non-significant P value does not mean that there is not a clinically relevant difference because beta depends also on sample size.

Knowing the type of data that you have, whether the data are related and how many groups you have will guide you to the most appropriate statistical test (there may be more than one!) What is paramount, however, is that you know what question you are trying to answer.

Ideally, you will be clear about the primary research question your study is answering but sometimes this is not the case. You might, for example, have inherited a project from someone else or your supervisor might provide you with an interesting data set to “see if you can find something interesting here”.

If our outcome measure was continuous but skewed (as is sometimes the case with logMAR visual acuity) we would either apply a transformation to normalise our dataset or use a non-parametric test. For more information on these, see the Ophthalmic Statistics notes series – papers 1, 9 and 10 [1,2,3].

Suppose we now have two groups to compare but our outcome measure is categorical (has the patient suffered an adverse event, has the patient responded well to treatment?) In these situations again we need to think about whether data are paired or not. If paired we would use McNemar’s test and if not we would use the Chi square test or Fisher’s exact test.

Suppose now that we are not interested in seeing whether groups differ to each other but instead want to see whether a variable is related to another. For this we would use correlation and, if the data are normal, we use the Pearson Correlation coefficient, whilst if not we might use Spearman’s rank correlation. (Not used for assessing agreement between methods of measurement.)

Should we use tests of normality?

In part 2 of this series we advised using a histogram to assess whether or not data followed a normal distribution. There are statistical tests that can be used to examine whether or not there is evidence of departure from normality. If you have a very large data, these tests may indicate evidence of non-normality but not of a magnitude that will impact upon the statistical methods you use because many are robust to non-normality. If you have a small data set then running these tests can be problematic because they say there is no evidence of non-normality when actually the data are pretty skewed.

Whenever looking a statistical test, check that any assumptions necessary for its use are adhered to.

If you use a test which makes an assumption that is not adhered to by your data you may end up with an incorrect answer. Remember that in making a decision based upon a P value you may be making a type I error – you might get statistical significance where there is none or a type II error (not getting statistical significance when in reality there is a true difference between groups or a true relationship between variables).

Everyone makes mistakes. Fortunately many mistakes leave no lasting impact and we learn from the experience. Statistical errors in medicine can and do on occasion result in harm to patients – a message most eloquently championed by Professor Doug Altman [4]. Despite commenting upon this in the 1980s, statistical errors persist in medicine [5]. Prof Altman died in June of this year (2018) and this has left a huge gap in the applied statistical community. His legacy remains, however, and we can demonstrate support for him by checking assumptions, reading his notes in the BMJ and speaking out, albeit politely, when we see misuse of statistics in medicine. It is hoped that this series might in some way support the message that he championed.

This is absolutely not a comprehensive guide to every statistical hypothesis test that exists. Even if we were to attempt to do that it would be time sensitive since statistics, just like medicine, is an evolving science. New tests are developed perhaps because methodologists identify weaknesses in a test that is in current use or because someone develops a novel way of better using data. 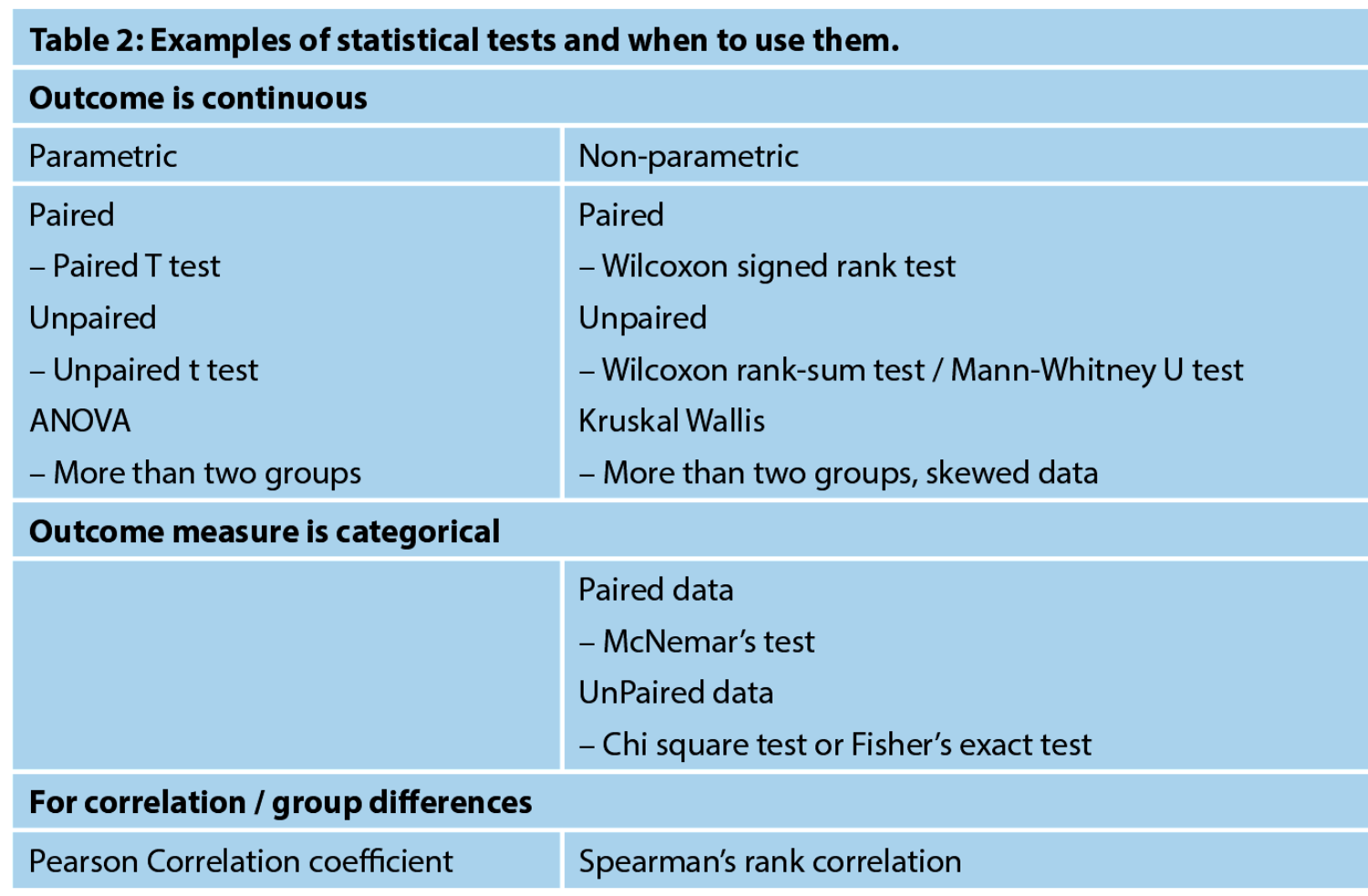 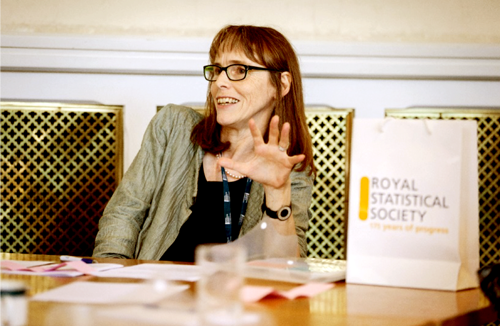 Part 1 of this series is available here.

Part 2 of this series is available here.

Part 4 of this series is available here. 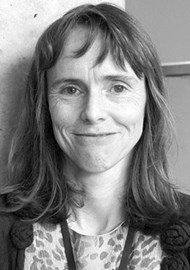