Figure 1: Chandler’s Classification for degree of infection and severity in orbital cellulitis.

The pathology represented does not progress chronologically, rather you can get progression to any grade within the classification. The aetiology of infection can vary from external injury, sinus disease, dental pathology or haematogenous spread. The presentation is varied and dependent on the patient’s demographic; patients mostly complain of eyelid pain and swelling. Symptoms of visual loss, proptosis or restricted eye movements are often late signs and could indicate serious vision threatening pathology. Diagnosis is largely clinical; however, imaging can be used when intracranial pathology or an abscess is suspected. First line treatment is antibiotic administration and treating the underlying cause; surgical drainage is sometimes required.

Chandler’s classification aims to classify the different types of infection. Group 1 describes inflammation or infection confined to the eyelid, anterior to the orbital septum. Group 2 describes infection involving the orbit and post-septal tissues. Group 3 describes infection of the post-septal tissues with an abscess within the orbital periosteum. The abscess is most likely found on the medial aspect of the lamina papyracea. Group 4 describes an abscess in the intraconal compartment, this is a conical space formed by the posterior aspect of the globe and the extraocular muscles. Group 5 describes thrombosis of the cavernous sinus.

Periorbital cellulitis is more common than orbital cellulitis and can occur at any age, although it is more common in the paediatric patient group. The most common causative organisms are Staphylococcus aureus, Streptococcus pneumoniae, and Streptococcus pyogenes. Other bacterial causes include Haemophilus Influenza, Pseudomonas, Neisseria, Proteus and Mycobacterium. More rarely, fungi such as Aspergillus and Mucorales have been cultured as causes.

The clinical history will likely involve direct questioning of the patient and a collateral history from the parent or guardian. It is important to ascertain for predisposing risk factors from the history such as upper respiratory tract infections, dental infections, sinusitis, trauma, recent facial, ENT or ocular surgery and even insect bites. The presence of diabetes or immunosuppression should raise the clinical suspicion of orbital cellulitis.

Patients will likely complain of unilateral swelling, pain and erythema of the eyelid. They may have symptoms of systemic involvement such as malaise, fever and anorexia. Patients presenting with orbital cellulitis will likely complain of asymmetry of the eyes, chemosis, pain on eye movements, decreased vision and ophthalmoplegia. Concurrent symptoms of headaches, neck pain, photophobia and cranial nerve palsies should raise the suspicion of intracranial pathology and cavernous sinus thrombosis.

Examination of the patient should have three main components: the eye, the nose and the neurology of the patient. Examination should ideally be repeated four to six hourly to ensure no progression of symptoms.

Examination of the eye should ascertain signs of chemosis, degree and position of proptosis, relative afferent pupillary defect, diplopia, visual acuity, colour vision and discrimination, ocular movements, and inspection of the optic disc. The degree and position of proptosis can help delineate position of an abscess and can be measured using Hertel exophthalmometry. Visual acuity and colour deficits could be indicative of optic nerve involvement in Group 2 infections or retinal vein thrombosis. Ocular movements could be restricted due to a cranial nerve III, IV or VI palsy or restriction from an abscess. Fundoscopy can ascertain presence of optic neuropathy, retinal vein occlusion or increased venous congestion resulting in increased intraocular pressure.

Examination of the cranial nerves can help ascertain the presence of a cavernous sinus thrombosis which has a published mortality rate of 14-79%, with half of patients experiencing morbidity in the form of residual cranial nerve palsies or blindness. A general neurological examination should be undertaken to exclude the presence of occult intracranial pathology.

A multidisciplinary team approach should be taken in the diagnosis of orbital cellulitis. Ophthalmology, ENT and occasionally neurosurgery are involved in the care of these patients.

Orbital cellulitis is primarily a clinical diagnosis, however, certain investigations can be used to aid the diagnosis. Blood investigations can be used to confirm a systemic inflammatory response to the infection and assess the patient’s fitness for surgery. Microbiology samples in the form of pus and blood cultures can help target a particular organism. Radiology can be utilised to confirm the diagnosis, monitor response to treatment, confirm the presence of suspected intracranial complications or help plan surgical intervention.

Computed tomography (CT) with contrast is the first line imaging modality. This is largely due to its availability, superiority in imaging bony anatomy and pathology and ease of use in the paediatric population. Magnetic resonance imaging (MRI) can be utilised to provide additional soft tissue detail without radiation exposure; however, this is more difficult to arrange for a young patient or out of hours. MRI has been shown to be superior in diagnosing intracranial complications. It is important to note that cavernous sinus thrombosis may not be evident on CT scanning during the early stages and the clinician should consider the use of CT or MRI venography to aid the diagnosis of this condition if it is suspected.

Patients with confirmed or suspicions of periorbital and orbital cellulitis should ideally be admitted for treatment and careful observations. Medical management is often first line, unless the patient is clinically unwell, an abscess is demonstrated or there is concern regarding optic nerve compression.

Medical management aims to control and eliminate the infection. Broad spectrum intravenous antibiotics are the mainstay of treatment and are usually guided by the local microbiology guidelines before the presence of a cultured organism. If there is evidence of rhinosinusitis; nasal decongestants, douches and steroids can aid the resolution of mucosal oedema and congestion. Response to medical therapy is monitored for 24 hours in the absence of abscess or intracranial pathology. If there is a response to medical therapy, antibiotics are often tailored to the cultured organism and continued for a prolonged course between 10-14 days. If there is no response to treatment it is important to consider imaging or proceeding to surgical intervention.

Surgical intervention in orbital cellulitis is often similar to the treatment of acute rhinosinusitis. Endoscopic intervention allows for reinstatement of the drainage pathways, decompression and washout of pus from the sinuses. The external approach involves the use of a Lynch-Howarth incision for an external ethmoidectomy and drainage of the abscess. Often surgical drains are left externally through the incision or intranasally. A re-look may be warranted at a later stage if there is no clinical improvement, or a further washout or drainage is required.

Intracranial abscess formation can be the result of local or more likely haematogenous spread and may require surgical drainage and a prolonged four to eight week course of antibiotics. Subdural empyema is more common as a complication of chronic rhinosinusitis and requires aggressive and early treatment. Medical therapy is often combined with neurosurgical drainage and evacuation of the empyema. 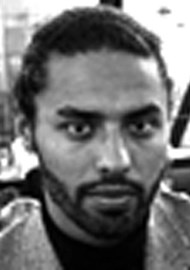