An 84-year-old Caucasian male attended eye casualty with a four month history of reduced vision, a dull ache and photophobia in both eyes. He had also reported dizziness, weakness and intermittent epistaxis in the nine months prior to presentation. There was no significant ophthalmic or medical history. Visual acuity was 6/36 in the right eye and 6/18 in the left. Both corneas were clear and bilateral hyphaemas were noted. Pupil examination showed fixed mid-dilated pupils with rubeotic vessels present. 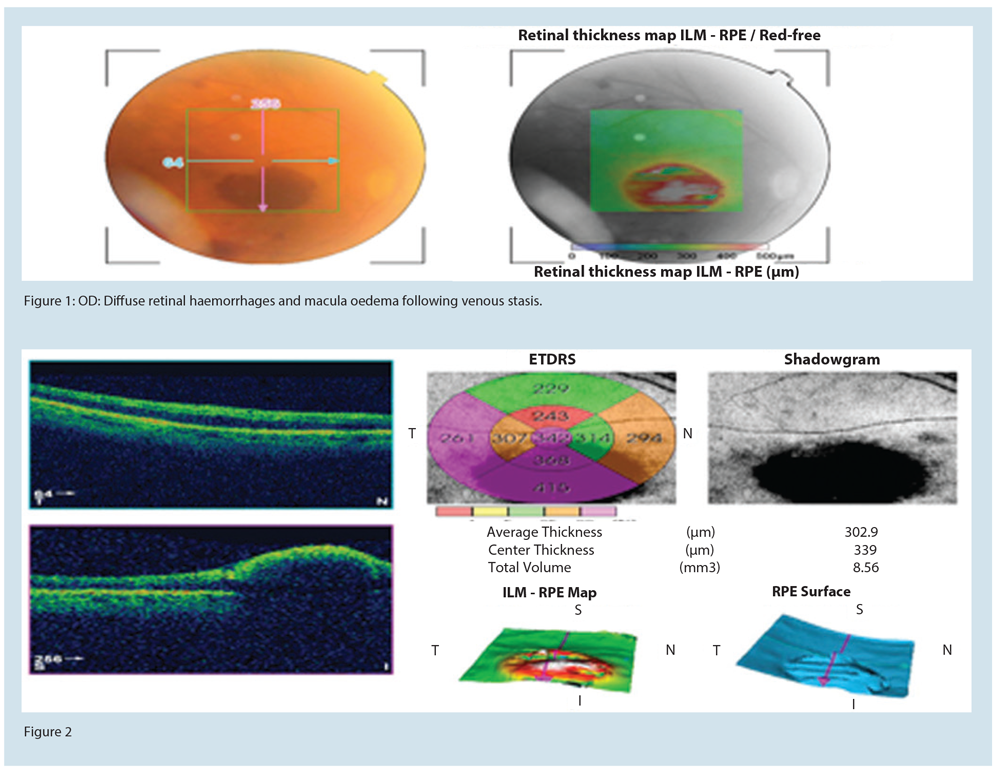 An urgent haematology review was requested, which led to a lymph node biopsy and a subsequent bone marrow biopsy revealing focal aggregates of lymphocytes consistent with Waldenström’s macroglobinaemia. IgM levels were raised at 14.3gm/dl. Early plasmapheresis to reduce plasma viscosity was arranged and Chlorambucil 4mg daily and Cyclophosphamide was commenced.

IOPs were not adequately reduced with the above treatment and the neovascular changes were still evident. He received three intravitreal injections of bevacizumab (1.25mg) with subsequent bilateral pan- retinal photocoagulation. The IOPs following this treatment fell to R16 and L14. The venous engorgement was less evident and the rubeosis regressed accordingly. Unfortunately there were signs of increased glaucomatous optic atrophy bilaterally despite this treatment and visual acuities at three months presentation were measured as R6/60 L6/36. Visual field constriction and a superior arcuate scotoma were noted in the right and left eyes respectively.

The advice of the haematologists during this treatment period was to ensure platelet values were always maintained above 100 X 109/L for any intraocular procedures.

For WM patients presenting with neovascular glaucoma (NG), emphasis should be placed on achieving rapid paraprotein reduction. In these circumstances, plasmapheresis can be initially performed as in the case of our patient. Typically, two to three sessions of plasmapheresis are required to reduce serum IgM levels by 30% to 60% [1].

The management of NG is dependent on its stage. Stages of NG include: (1) iris rubeosis, (2) open-angle glaucoma, and (3) angle-closure glaucoma. Successful management will be influenced by the duration and level of raised IOP, presence of active neovascularisation and extent of peripheral anterior synechial angle closure [3].

For treatment of Stage 1 panretinal photocoagulation (PRP) is recommended to counteract the vascular angiogenesis. In Stage 2, if the angle remains open medical therapy to reduce aqueous production is recommended (as well as PRP if iris vessels are present). If medical control is not successful glaucoma tube surgery or trabeculectomy augmented with mitomycin C may be required to control the IOP until anti-angiogenic PRP can take effect. Inserting a drainage tube may be advantageous in that it will work immediately. It should be noted that such ischaemic eyes are at particular risk of hypotony [3,4].

In stage three PRP is still the initial treatment of choice alongside cycloplegic agents and topical steroid drops. As in stage two surgical intervention may be required with a guarded prognosis and in an eye with poor visual potential cyclodiode laser ablation is a further option [3,4].

Agents which suppress aqueous production may in theory be more effective than those which enhance uveoscleral outflow. Full PRP is not always successful in effecting regression of iris rubeosis and there is a delay in action. The use of bevacuzimab (intramerally or intravitreally) can potentiate the effect of PRP and can work within 24 hours. Repeated injections at two-weekly intervals over a 10-week period may be necessary. Several studies have demonstrated intravitreal bevacizumab induces regression of iris and angle neovascularisation associated with NG, thereby lowering IOP. Bevacizumab should be instituted promptly after diagnosis, before irreversible anatomic and functional damage occurs [4,5,6].

Wakabayashi et al. assessed the efficiency of bevacizumab use in NG. Their cohort of 41 eyes had either iris neovascularisation or NG secondary to ischaemic retinal disorders. Patients received intravitreal bevacizumab (1mg) as treatment for both presentations and were followed up for six months. They found that intravitreal bevacizumab effectively stabilised iris neovascularisation and controlled IOP successfully in all patients except those with advanced NG. In advanced NG, Bevacizumab could not control IOP but was thought to be affective in improving subsequent surgical results [7].

Vascular endothelial growth factor (VEGF) is known to attract macrophages and monocytes, these cells are key factors in angiogenesis and increased vascular permeability. VEGF stimulates neovascularisation and the formation of macular oedema following venous occlusion. Following ocular treatment with intravitreal bevacizumab close monitoring should be in place as surgery for IOP control and repeat bevacizumab injections are often necessary [8].

Ehlers et al. compared the results of intravitreal bevacizumab and PRP combined for the management of NG with PRP treatment alone. They found that the combination treatment gave rise to a greater reduction in IOP. Also, the combination group had increased frequency and rapidity of regression of neovascularisation [8].

This case illustrates an interesting presentation of bilateral neovascular glaucoma and secondary venous occlusions due to the disease process of Waldenström’s macroglobulinemia. The patient progressed to an ischaemic central retinal vein occlusion (CRVO) with secondary NVG. He was successfully treated by the haemotology team to lower his plasma viscosity and neovascular glaucoma management was achieved with intravitreal bevacizumab injection followed by PRP. The neovascularisation regressed, and the intraocular pressure was controlled. 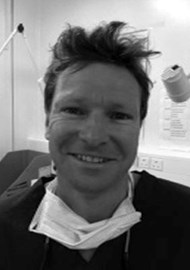