The author explains why an OCT-based classification of neovascular AMD is needed and how these neovascular subtypes may help to predict patients’ long-term visual outcome.

Age-related macular degeneration (AMD) is a chronic and progressive neurodegenerative process involving the macula in elderly patients. The natural history of AMD leads to severe loss of central vision due to variable degrees of atrophy, scarring and chronic exudation [1]. AMD represents a major sociosanitary issue in developed countries given the high prevalence and incidence, and the direct and indirect economic resources related to the management of the disease and its negative vision impact [2].

AMD is classified into different successive stages, ending with advance AMD defined by the presence of foveal involvement by geographic atrophy (GA) of the macular retinal pigment epithelium (RPE) and / or choroidal neovascularisation (CNV) [3]. The neovascular form of AMD used to be also classified into classic and occult lesions according to the angiographic appearance of the neovascular complex in fluorescein angiography (FA) as described by the Macular Photocoagulation Study [4].

Clinical implications of the OCT-based classification of neovascular AMD

The main feature of type 1 neovascular lesions is the location bounded inferiorly by the hyperreflective remainder of Bruch membrane and superiorly by the intact hyperreflective RPE band [6]. This correlates with the first pathologic evidence reported by Grossniklaus and Gass introducing the term type 1 neovascularisation for that located below the RPE [7]. Type 1 neovascular lesions are typical of AMD given that a possible prerequisite for its development is the presence of lipid-rich material between the RPE and Bruch membrane. One of the defining characteristics of type 1 lesions is their slow and progressive growth in response to an ischaemic environment of the outer retina, thus probably preventing the development of GA overlying areas with this neovascular tissue by supplying extra nutrition to the outer retina. Subretinal fluid (SRF) is the typical exudative manifestation of type 1 neovascular lesions, mainly of low density nature, but also combined with high density fluid. Intraretinal cysts (IRC) are infrequent.

Although regression of the neovascular complex is unlikely to develop, and complete resorption of SRF is uncommon, treatments should not address these objectives, as the presence of a small amount of SRF is well tolerated in terms of visual function, and the original aim of type 1 neovascular lesions is to provide further nutrients to the outer retina. Figure 1 illustrates the multimodal imaging appearance of a typical case of type 1 neovascular lesion.

The main feature of type 2 neovascular lesions is the location at the level of the subretinal space, which is reached by the neovascular complex after penetrating the hyperreflective RPE band [6]. This correlates with the first pathologic evidence reported by Grossniklaus and Gass, introducing the term type 2 neovascularisation for that located above the RPE [7]. Disorganisation of the photoreceptor ellipsoid zone is usually accompanied by IRC with variable degrees of low and high density SRF. Type 2 lesions may lead to subretinal fibrosis over the time, unless they experience a conversion to a type 1 pattern following treatment [8]. Figure 2 illustrates the multimodal imaging appearance of a typical case of type 2 neovascular lesion.

Finally, type 3 neovascular lesions are characterised by the heterogeneity aligned with the different stages of the disease described by Yannuzzi [5]. Initially, intraretinal hyperreflective dots are seen with surrounding small IRC usually overlying areas of damaged outer retina. As a retinal-choroidal anastomoses develops, the inner nuclear and plexiform layers adopt a funnel-shaped configuration towards the RPE hyperreflective layer. Thereafter, a detachment of the RPE may develop. All these tomographic features typically respond optimally to antiangiogenic therapy. Figure 3 illustrates the multimodal imaging appearance of a typical case of type 3 neovascular lesion.

By using FA alone the proportion of patients with occult, classic and RAP lesions showed a significant difference when compared to the use of OCT for this purpose. A total number 266 eyes in 232 patients with neovascular AMD were analysed [9]. Occult lesions as evidenced by FA accounted for 49.6% of cases, whereas type 1 lesions were estimated to represent 39.9%. Classic lesions as evidenced by FA were found in 12.0% of cases, whereas type 2 lesions by OCT were estimated to represent 9.0%. And finally, RAP lesions were identified by FA in 28.6% of cases and in 34.2% of cases by OCT. Mixed lesions represented 9.8% and 16.9% of the FA and OCT analysed images. Thus, the use of OCT enhances the capacity of clinicians to detect type 3 lesions, which might be missed when performing a FA-based approach.

In an observational retrospective series of 154 eyes in 138 patients with neovascular AMD managed with a treat and extend regimen (TER), those patients with type 1 neovascularisation were significantly more likely to maintain good vision compared with other neovascular subtypes [10]. It was also evidenced that vision achieved at three months following the initial intravitreal treatment was the best predictor for favourable long-term vision. The positive visual outcome was considered to be 20/60 or better. The presence of type 1 lesions evidenced a robust and statistically significant association with a positive visual outcome at two, three and four years of follow-up into a TER. On the other hand, type 3 lesions were predictive of positive visual outcome at two and three years, but the significance was lost by the fourth year. Finally, the presence of type 2 lesions was a negative predictor to achieve positive visual outcomes throughout the entire follow-up.

In an additional retrospective cohort study, Freund et al. found that the probability to improve visual acuity by three lines or more at four years of follow-up was strongly associated with neovascular subtypes [11]. A total number of 210 eyes in 185 patients were followed for a mean period of 3.5 years with a TER that required a mean number of 8.3 (±1.6) intravitreal antiangiogenic injections per year (range four to 13). Patients with type 1 neovascular lesions experienced this relevant visual gain in 42% of cases, whereas for type 2 and type 3 lesions this proportion was 12% and 27% respectively. Similarly, although lacking statistical significance, the proportion of patients with vision loss at four years of follow-up was 25%, 10%, and 45% respectively for type 1, 2 and 3 neovascular lesions. The number of injections, altogether with the anatomic classification were consistently and independently correlated with visual acuity at all time points.

An additional study was conducted by Freund’s group to identify the initial subtypes of neovascularisation and other factors that may affect the incidence and progression of GA in newly diagnosed treatment-naive neovascular AMD eyes [12]. Areas with GA were identified using near-infrared reflectance and OCT imaging. A total number of 94 eyes in 91 patients were included. Through a mean follow-up period of 28.5 (±10.7) months, the mean number of antiangiogenic injections received was 17.4 (±9.0). The authors identified confluent areas of GA at baseline in 18.1% of cases, all of which had enlargement of their GA at last follow-up. Additionally, 37.2% of eyes that did not have apparent GA at baseline developed GA at the last follow-up.

The proportion of eyes that experienced apparent GA growth were 27.8% for cases with type 1 lesions, 57.1% for cases with type 2 lesions and 77.1% for type 3 lesions. Although controversial, the total number of injections increased the odds that an eye developed new GA or growth of existing GA; however, when the amount of apparent GA growth was analysed with multiple linear regressions in eyes with GA development, the total number of injections did not have a significant association with the quantitative amount of apparent GA growth.

Using a multiple linear regression model, which adjusts for the demographic and clinical characteristics at presentation and number of antivascular endothelial growth factor injections, and a square root transformation in order to decrease the effect of baseline GA size on GA progression, the adjusted rate of GA enlargement was 0.54 mm2 per year, 1.43 mm2 per year, and 0.80 mm2 per year for type 1, 2 and 3 neovascular lesions respectively.

What is the role of OCT-angiography today?

The potential of OCT-angiography (OCT-A) to provide further insights into the pathogenesis and activity of neovascular AMD is both evident and controversial proportionally. A myriad of findings have been described on OCT-A images with the aim to classify the activity of the neovascular lesions, the degree of maturation of the neovessels, and their possible future growth pattern [13-15]. In addition, OCT-A may constitute a tool for the early detection of recurrence of exudative manifestations in neovascular AMD [16], particularly relevant in cases of type 3 neovascular lesions [17]. Further studies are warranted in order to better assess the role of OCT-A in treatment and follow-up decisions of patients with neovascular AMD.

I thank Dr K Bailey Freund for providing the entire retinal physicians community his original insights into the anatomic classification of neovascular AMD, and for being a great mentor. And I acknowledge his entire research team in this field: Sarah Mrejen, Jesse J Jung, Christine Y Chen, Luna Xu, Marcela Marsiglia, Sucharita Boddu and Bora Chae. 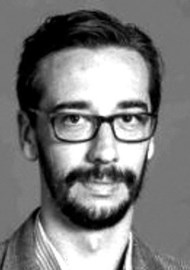