You want to do paediatric ophthalmology? Seriously?
By Ryan Davies

Completion of Core Training is approaching fast and you begin to wonder three things. One, where do you want to live? Two, is anyone going to be retiring there soon? Three, what subspecialty do you want to do? In an ideal world the planets would align and all three would coincide, but life is seldom that fortuitous and most of us start with question three and work our way backwards.

Soon your consultants will inevitably ask what career path you have chosen. “Oh, you want to do medical retina? Yes we need lots of you.” Or “Ah cornea, a very noble profession indeed.” Or “Oculoplastics, wow think of the private work,” and “You want to be a vitreoretinal surgeon, excellent, you shall soon be a god amongst men.” I, on the other hand, am faced with very different questions. “You want to do paediatric ophthalmology? Are you a glutton for punishment?” Or, the rather more blunt: “Is there something wrong with you?” This occurs so much so that I have begun to question what it is in fact that is wrong with me.

Yes, there are often tears, yes, there are tantrums, yes, they often stomp out of the clinic room in the middle of the consultation, and that is just the parents! But is it really that bad? Why are trainees with an interest in paediatric ophthalmology in such short supply? It is a sad state of affairs when it can be seen as an achievement by trainees to get to the end of training without having done a formal placement in paediatrics. There was a revelation recently that Boris Johnson had written an article in defense of Britain remaining in the European Union. When challenged on the absurdity of this considering what followed, he argued that by debating both points he was able to battle his inner demons and come to a reasonable conclusion. This is therefore not an advertisement for paediatric ophthalmology, rather me battling my inner demons in the hope of coming to a reasonable conclusion.

First, you get to meet some really interesting people. I am of course referring to the children. They have a refreshing innocence that can warm the soul of the most battle-hardened ophthalmologist. There was a time for us all when looking at a bright light was the most exciting experience (which makes examining babies fairly straightforward), but like most things we grow to become suspicious individuals and having a stranger invade your personal space becomes most unacceptable. It is therefore your role to ensure they enjoy their time in eye clinic and keep that innocence for a little while longer. They have no idea what is wrong with them or how to express it and it is your job to use all of the skills at your disposal to solve the problem. These are skills that would have otherwise fallen by the wayside, for example, the ability to take a proper history, refraction and indirect ophthalmoscopy, to name a few.

In a paediatric clinic every role is as important as the next. Teamwork actually means something. From the happy receptionist that greet the family on arrival to the highly skilled optometrists and orthoptists that manage to elicit signs and measurements that most ophthalmology trainees could only dream of. Let’s not forget the enthusiastic but somewhat unnecessary specialist trainee that can ruin all of the preceding hard work in one foul swoop, leaving the highly skilled consultant to come in and pick up the pieces. Watching a paediatric clinic run well is like watching a well-choreographed dance on Strictly.

You will be continuously learning new things. Nursery rhymes you haven’t heard of before or what cartoons are trending on tweet-space or insta-book these days. You will learn that most modern day four-year-olds are more skilled with an iPad than you could ever hope to be. More importantly, you will be confronted with syndromes and conditions that we have all read about in books for our Part 2 exams but never thought actually existed. Pathology at its finest. Seldom is the paediatric ophthalmology clinic occupied with patients with an 18 month history of non specific eye pain or episodes of visual loss with a particularly supra-tentorial flavour to them.

Variety! They say variety is the spice of life and paediatrics certainly ticks that box. Retinopathy of prematurity screening, theatre lists full with lens extractions, strabismus, medical retina, oculoplastics and joint clinics with neurology or medical genetics, for example, all combining to give maximal job satisfaction. It seems to be the closest way of becoming a jack of all trades, and master of them as well.

In conclusion, is there something wrong with me? Probably. But I do actually love paediatric ophthalmology and I think those questioning my sanity are unable to see the big picture. I have weighed up the pros and cons and decided that I am a true believer, much like Boris Johnson. My article on why I shouldn’t pursue a career in paediatric ophthalmology is equally as extensive, however, but again much like Boris, I am going to try at least to keep that one well hidden. 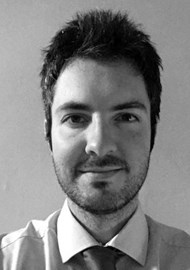