In the early 1960s plans were afoot to create a new Edinburgh Royal Infirmary to replace the existing building which dated from 1870, it having replaced an earlier one dating from 1729.

It was originally planned to build on the present Lauriston Place site, and to obtain space there it was decided as a first measure to replace the existing Eye and ENT buildings which were situated in about the centre of the existing complex.

In the 1870 building’s surgical block there had been an eye ward with 20 beds staffed, among others, by Douglas Argyll Robertson (1837-1909) whose father John had been one of the founders in 1824 of Edinburgh’s early Eye Dispensary situated in the Lawnmarket. 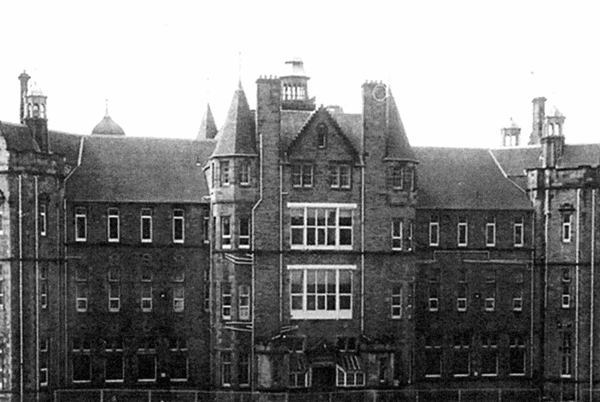 In 1900 the building of a separate eye department commenced and opened in 1903 (Figure 1). lt was named The Moray Pavilion after the 14th Earl of Moray who donated £50,000 towards the costs. There were 44 beds on the first and second floors with separate operating theatres (see white windows in centre of building) and the outpatients department on the ground floor. The attic in the centre was the senior sister’s flat, later converted into the university department following the appointment of George Scott as Forbes Professor of Ophthalmology in 1954. Incidentally, the tag ‘pavilion’ was carried on to the Princess Alexandra Eye Pavilion because of its association with the 1903 building. The Moray pavilion has now been converted into luxury apartments in the Quartermile development. 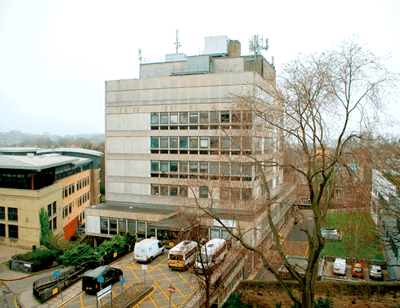 When the PAEP building was completed in 1969 (Figure 2) the only further development on Lauriston Place was the Lauriston Building and ENT was transferred to the old City Hospital. It was, however, then realised that development of a new modern hospital on the Lauriston site was not practical, so a decision was made to build on a greenfield site, and a new Royal Infirmary was eventually constructed near Dalkeith in Little France and opened there in 2003. Just now, 50 years on, there are plans to construct a new Eye Department at Little France!

Building of the PAEP commenced in 1965 and was completed in 1969 at a cost of approximately £700,000. It is a five storey block rising on a two storey podium, the main entrance in nearby Chalmers Street on ground level (Figure 2) leading to the casualty area just inside the main door (where is the casualty now?), outpatients clinics, orthoptic departments and an outpatients operating theatre. The then single main operating theatre was on the fifth floor, but in 1987 a second operating theatre was added through the generosity of the WH Ross Foundation. There were three ward floors providing accommodation for 72 beds.

The first floor comprised the University Department of Ophthalmology, one of the reasons given for the PAEP being built was to provide more space for the academic department. This floor contained offices for the professor, senior lecturer and honorary clinical staff, other University staff, and research rooms, plus a pathology laboratory, a well-stocked library, photographic department and a seminar room. The University provided the funding for this floor and its equipment. 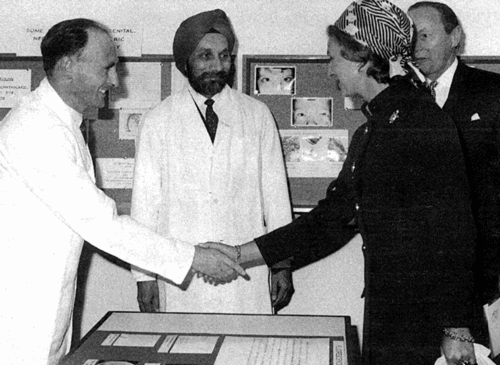 The PAEP was officially opened on 1 October 1969 by Princess Alexandra (Figure 3), although it had already been in use for some months. The photograph shows Professor George Scott introducing the current author to the Princess and in the background is Dr Sohan Singh Hayreh, now Emeritus Professor in Iowa who had arrived the same morning to take up his post of Senior Lecturer in the University Department. 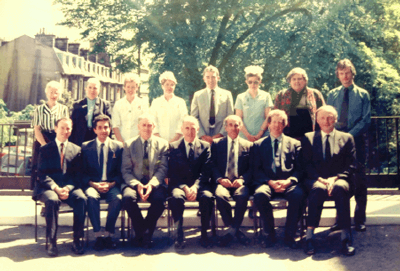 Professor Scott retired in 1972 and it should be recalled that it was entirely due to his efforts and influence that the PAEP was built in the then Royal Infirmary and Medical School area. Professor Scott was President of the Royal College of Surgeons of Edinburgh 1964-66, the last of six ophthalmologists College presidents.