The International AMD Genomics Consortium study: another success in understanding the complex genetics of AMD
By Valentina Cipriani

Age-related macular degeneration (AMD) is a neurodegenerative complex disease of the eye and a major cause of blindness and visual impairment among the elderly worldwide. The early stages of the disease are characterised by asymptomatic pigmentary abnormalities and accumulation of yellow extracellular deposits of protein and lipid materials (drusen) in the central part of the retina (macula).

The disease progresses with increased local inflammation and damage of the whole photoreceptor support system, which includes the retinal pigment epithelium (RPE), Bruch’s membrane, and the choroidal vasculature [1,2]. Advanced stages of AMD include a commoner ‘dry’ form, characterised by a discrete area of ‘geographic’ atrophy (GA) of the RPE and the choroid vessels that causes a progressive central visual loss, and a ‘wet’ form, if formation of new blood vessels choroidal neovascularisation (CNV) directly beneath the RPE occurs, usually causing a more acute central visual loss. It is estimated that by 2020 the number of people affected by AMD worldwide will be 196 million, of which 11 million will have a late form of the disease, increasing to 288 and 19 million in 2040, respectively [3]. With the world’s population aging at an unprecedented rate and advanced age being the most significant risk factor for AMD, these projections represent a major global health challenge.

Current therapeutic options remain limited, and mainly confined to anti-VEGF therapies only for one late form of the disease (i.e. CNV) [4]. AMD arguably represents a paradigm in the field of complex genetics [5] for the tremendous advances that have been made in understanding its genetic architecture. The seminal discovery in 2005 of the complement factor H (CFH) as a major susceptibility gene for AMD is one of the best known and most successful genome-wide association studies (GWAS) of common complex disorders [6]. A plethora of other genetic investigations of AMD have subsequently identified associations at many additional loci, encompassing other genes within the complement system (C2/CFB, C3, CFI) and beyond (ARMS2/HTRA1, APOE, LIPC, CETP, SYN3/TIMP3, FRK/COL10A1, VEGFA, TNFRSF10A/LOC389641) (see [1] for a full list of references on these associations).

The recent largest meta-analysis of GWASs carried out by the AMDGene Consortium on >7600 advanced cases and >50,000 controls has found seven novel loci (COL8A1/FILIP1L, IER3/DDR1, SLC16A8, TGFBR1, RAD51B, ADAMTS9/MIR548A2, and B3GALTL) [7]. Together with the REST/C4orf14/POLR2B/IGFBP7 locus showing association with the wet form of AMD in the Japanese population [8] and another association signal recently found at a rare protein-coding allele in C9 [9], these findings have brought the total number of AMD susceptibility loci to 21. This article will provide a summary and critical review of the latest large genetic association study of AMD conducted by the International AMD Genomics Consortium (IAMDGC) [10], a collaborative effort that includes 26 research groups from across the world.

The IAMDGC has carried out the largest centralised genotyping experiment of AMD, collecting DNA samples from 43,566 subjects of predominantly European ancestry. These comprise 16,144 patients with advanced AMD and 17,832 control subjects with European ancestry, used in the primary analysis, as well as 6657 subjects with intermediate disease with European ancestry, and 2933 subjects with non-European ancestry. While the previous largest study [7] had examined about ~2.4 common minor allele frequency (MAF) ≥ 1%) million variants, including ~18,000 genotyped or imputed protein-altering variants, using meta-analysis, the IAMDGC study is a mega-analysis of individual participant genetic data on ~12 million variants obtained through direct genotyping using a custom-modified HumanCoreExome array by Illumina (~440,000 variants, after quality control), as well as imputation to the 1000 Genomes Project reference panel.

By conducting a genome-wide single-variant association analysis in combination with sequential forward selection analyses in the primary dataset, the IAMDGC study identified 52 independently associated variants at P≤5×10−8 (i.e. genome-wide significant) distributed across 34 loci, of which 16 were novel (reached genome-wide significance for the first time). Three previously described loci were not supported by the study, including REST/C4orf14/POLR2B/IGFBP7 (P=0.081) associated in the Japanese population [8], IER3/DDR1 (P=0.0134) that lost evidence of association after conditioning on variants near the C2/CFB genes (possible shadow effect found with the use of wider locus regions in the sequential conditioning approach), and FRK/COL10A1 (P=1.2×10–4) (the larger IAMDGC dataset may have helped clarify the signal of P=2×10−8 found in the previous AMDGene Consortium meta-analysis [7]).

In order to get biological insights and narrow the list of candidate genes from all the 34 AMD-associated loci, the authors annotated the 368 genes closest to the 52 association signals and used this list of genes to carry out a number of additional analyses, including gene pathway analyses, interrogating multiple databases, and an extensive search of the literature and available datasets to identify relevant retina, RPE or choroid phenotypes in established genetically modified mice (observed for 32 genes out of 368) and genes that were approved or experimental drug targets (31 genes out of 368). Using data from two independent in-house tissue datasets, they have further checked whether the genes were expressed in the retina (82.6% of the genes) or RPE / choroid (86.4% of the genes). In particular, the novel loci overlap promising candidate genes with compelling biology, including an inhibitor of the complement cascade (VTN), a key activator in immune function (PILRB), extracellular matrix genes (COL4A3, MMP19 and MMP9) and genes involved in lipid metabolism (ABCA1 and GPX4).

As an indication of how the genetics and the biology are coming together, it is worth noticing that established AMD pathways, such as the complement, extracellular matrix remodelling and lipid transport pathways, have been enriched with multiple genes from the novel loci, and many novel genes appeared in multiple pathways. The IAMDGC study is also the first genetic investigation of AMD where an association signal specific to the wet form of the disease was identified. The variant rs42450006 upstream of MMP9 was exclusively associated with CNV (P=8.4x10-17), and not with GA (P=0.39). Importantly, MMP9 may be involved in the development of CNV as shown in mouse models [11] and gene expression studies in the Bruch’s membrane of patients with the wet form of the disease [12].

The genotyping array used in the IAMDGC study was designed with an emphasis on rare coding variation. Altogether the study had the power to discover >80% of associated protein-altering variants with MAF >0.1% and >3-fold increased disease risk, or MAF >0.5% and >1.8-fold increased disease risk. Notably, all lead variants at the novel loci were common, showing fully conditioned odds ratios (from an association model including all 52 variants) of low / modest size (increase odds of disease by 10-15%; MAF≥10%) at 12 novel loci and modest / intermediate size (increase odds of disease by 20-50%; MAF=2-8%) at four novel loci. Moreover, only seven (out of 52) independently associated variants were rare, they were all observed in or near previously associated complement genes (i.e., CFH, CFI, C3 and C9) and only three of them were novel (rs148553336, rs191281603 and rs35292876 at the CFH locus). Among the four previously described rare nonsynonymous variants, except for p.P167S in C9 [9] for which a perfect proxy (rs62358361) was imputed, p.R1210C in CFH [13], p.G119R in CFI [14] and p.K155Q in C3 [9,15,16] were identified as part of the customised content of the genotyping chip.

It is worth noting that, if not genotyped, these rare coding variants would not have been identified otherwise as they were not present in the reference panel used for imputation. This illustrates the current challenges in the field of complex disorders to identify association signals at rare variation through direct genotyping (and imputation) despite the use of large sample sizes and well-powered studies. On the other hand, the IAMDGC findings show that the ‘common disease / common variant’ hypothesis still has validity for the complex genetics of AMD when an ever larger sample size is used, with common variants currently making a much larger contribution to the disease risk than rare variants.

Further insights about missing heritability due to rare variation are provided by the findings from the rare variant burden testing. This analysis focused on protein-altering (nonsynonymous, stop gain and splice site) variants and looked for genes with a significantly different cumulative frequency of rare variants between cases and controls. Notably, no rare burden signal was detected outside the 34 AMD-associated loci and, among them, only four genes (CFH, CFI, TIMP3 and SLC16A8) passed the significance threshold. If, on one hand, this represents an undoubted success in showing a likely causal role of these four genes (in line with the ‘common disease / rare variant’ hypothesis [17], it also highlights, again, the challenges of such analyses and, as noted by the authors, points to the need of extremely large sample sizes, and more sequencing (as opposed to genotyping and imputation).

With the exception of SLC16A8, the rare burden was due to very rare variants (MAF <0.1% in controls), mostly derived from sequencing patients with AMD. The authors therefore note that the hybrid approach of their study, consisting in direct targeted sequencing of patient samples for variant discovery (with focus on regions around GWAS loci) followed by genotyping in larger samples for association analysis, may continue to be a cost-effective alternative.

One key issue in complex genetics is how much of the disease variability can be explained by the known associated genetic variants, and in this respect the genetics of AMD still represents one of the best understood in the field, with the 52 independently associated variants explaining 18%, 27% and 34% of the disease variability, assuming disease prevalence of 1%, 5% and 10% respectively. These proportions also represent more than the half (about 60% for all three estimates) of the genomic heritability as estimated by using all genotyped variants. In conclusion, the findings of the IAMDGC study represent a substantial advance in understanding the complex genetics of AMD and, with its many additional susceptibility loci underlying genes in multiple relevant pathways, offer an unprecedented opportunity not only to further the understanding of AMD pathology, but also to identify novel therapeutic targets for potential drug development that should go far beyond the current anti-VEGF therapies. While the IAMDGC will likely continue to uncover the genetic architecture of AMD, the time has probably come to call for an international effort on the biology of the disease that would conduct model organism, cellular and functional studies of AMD in a collaborative and systematic fashion.

Finally, the IAMDGC was able to put together an outstanding source of genetic and phenotype data of unprecedented large sample size that is now publicly available for further analysis in the database of Genotypes and Phenotypes (dbGaP, accession number phs001039.v1.p1). Indeed, a recent analysis of the inferred haplotypes as estimated within the IAMDGC study has already proven successful in dissecting statistically a long debated AMD association at the 10q26 region [18], with the identification of rare recombinant haplotypes that revealed genetic variants in ARMS2 but not HTRA1 to carry exclusively the AMD disease load. It is anticipated that many more such successful analyses of the IAMDGC dataset will appear in the near future.

Valentina Cipriani is a member of the IAMDGC. She is supported by a grant from the National Institute for Health Research Biomedical Research Centre at Moorfields Eye Hospital National Health Service Foundation Trust and UCL Institute of Ophthalmology (UK). The views expressed in this publication are those of the author and not necessarily those of the Department of Health. 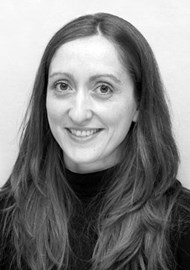