Sickle cell eye disease: an overview of vitreoretinal complications and their surgical management
By Antonio Berarducci and Tom Williamson

Sickle cell disease is the most common genetic disorder worldwide and is associated with lifelong anaemia, intermittent pain and multi-organ morbidity. Ocular involvement can be associated with significant visual impairment due to the complications of proliferative sickle retinopathy (PSR). Occasionally it presents with vitreoretinal complications and if surgery is required these eyes respond well to vitrectomy procedures with segmentation of sea fan proliferation.

The gene is thought to have originated in West Africa where it is present in 10 to 14% of the population because of its protective effect in falciparum malaria (shorter living red blood cells and relative hypoxia may be detrimental to the infection). The gene is also seen in eastern Mediterranean and Middle Eastern patients. SC disease is traditionally thought to develop more retinal complications, however, the complications are also seen in SS disease. Most cases of retinopathy seem to appear between 20 and 40 years and stabilise or regress thereafter. This hereditary disorder causes the red blood cells to take on a sickle shape with the result of being rigid and passing with more difficulty through blood vessels, causing vascular occlusion in multiple organs including the retina with a number of clinical features in the eye [1,2].

“This hereditary disorder causes the red blood cells to take on a sickle shape with the result of being rigid and passing with more difficulty through blood vessels, causing vascular occlusion in multiple organs including the retina.”

Retinal complications are seen in 43% of patients aged between 20 and 30 years with doubly heterozygous sickle cell [4]. The process also causes secondary changes in the vitreous which stimulate epiretinal membrane (ERM) formation and macular holes as well as vitreous hemorrhage (5.3%) and tractional retinal detachment (TRD), along with retinal break formation and rhegmatogenous retinal detachment (RRD, 2%) [1,5].

Reports of vitreoretinal surgery for these complications are few and are often from when scleral buckling and panretinal photocoagulation were used [6,7,8]. The use of scatter laser as a means of regressing neovascularisation is controversial because of the high incidence of autoinfarction of the retinal proliferation in 30% [9]. Occlusion of the feeder vessels supplying sea fans has been employed, feeder vessel laser has been associated with retinal break formation and choroidal neovascularisation but has been shown in a small randomised study to reduce the risk of vitreous haemorrhage [10]. More recent reports on modern vitreoretinal techniques in sickle cell retinopathy are rare despite considerable development of surgical technique.

Visual loss in HbSC patients is almost entirely due to (PSR), whereas in patients with HbSS cerebral or retinal vaso-occlusive events are more likely to cause blindness [11]. However, the most common cause of visual loss is still retinal detachment (RD), the prevalence of which is almost twice as high in the HbSC disease compared to HbSS. An incidence of visual loss has previously been estimated at 1.5% per person-years [12].

Ocular involvement in patients with sickle cell disease (SCD) can be associated with significant visual impairment predominantly due to the complications of (PSR) consisting of vitreous haemorrhage (VH) and (RD) [11]. Rarer causes of visual loss in this population include retinal artery and retinal vein occlusions, anterior segment ischaemia, and secondary glaucoma [12-14]. Development and progression of PSR is most common in patients aged 20-39 years [15]. Natural course of the disease indicates possible spontaneous autoinfarctions in adults over age 40 particularly in patients with HbSS disease [15,16].

Some current guidelines propose annual review of patients and screening for sickle retinopathy. It has been suggested by some authors that patients with sickle cell disease must undergo regular ophthalmologic evaluations starting as early as age 10 years to detect ocular abnormalities [15]. Despite this, a large retrospective cohort study of patients with sickle cell disease in the UK has suggested that patients with SCD and no visual symptoms are unlikely to have retinal disease, which requires intervention [17]. In fact, many patients with vitreoretinal complications from sickle cell retinopathy such as vitreous haemorrhage can be allowed to clear without detriment. TRD can be observed without apparent progression in some patients, with other patients showing spontaneous improvement. Intravitreal bevacizumab (Avastin) has been used off label in and a more rapid resolution of the vitreous haemorrhage in Goldberg stage 4 PSR has been reported [18].

Patients with vitreous haemorrhage, TRD, RRD and macular disorders such as ERM and macular holes can be successfully treated with pars plana vitrectomy (PPV) [19]. The most recent description of surgery is from 2005 [19,20]. Scleral buckling was used in the past with scatter photocoagulation [21], both preoperatively [22] and peroperatively [23] in many centres [24,25] but anterior segment necrosis has been reported following scleral buckle [26,27]. More commonly pars plana vitrectomy is now used, without external plombage or scatter laser [19]. Peroperative PPV complications are very frequent, in particular there is a high incidence of iatrogenic tears formation during PPV especially, around sea fan complexes [19,21].

For this reason, during vitrectomy, the sea fans should be safely left in situ and a segmentation technique used to remove vitreal attachments. In addition there is no need to try to induce regression of the sea fans with scatter laser or feeder vessel laser [19]. Cataract formation after surgery is uncommon possibly because of the young age of the patients but also because the relative ischaemia of these eyes may have protective effects [28]. Exchange transfusion once used before surgery is no longer considered necessary.

Reviewing 33 patients receiving PPV for complications related to sickle cell eye disease between 2001 and 2015 shows 14 males and 19 females of age between 20 and 72 years, mean 41.7 years. Sixteen patients presented with vitreous haemorrhage (48.4%), eight patients with RRD (24.2%), six patients with TRD (18.1%), two patients with ERM (6%) and one patient with macular hole (3%). The visual acuity measured preoperatively was between -0.07 and 2.29 logMar (mean 1.23; SD 0.94); none of the patients had previous laser treatment or retinal surgery. Cataract was present preoperatively in seven patients (21.2%) and all patients underwent 20, 23 or 25G, three ports PPV. Iatrogenic retinal tears occurred in 22 patients (33.3%), cryotherapy retinopexy was performed in 10 patients (30.3%), endolaser PRP in four patients who had diabetic retinopathy in addition (12.1%), laser retinopexy in three (9%) and cryotherapy plus laser retinopexy in three cases (9%).

Delamination was performed in 10 cases (30.3%) and internal tamponade was necessary in 22 cases. The postoperative visual acuity at discharge was between -0.7 and 2.29 logMar (mean 0.3 logMar; SD 0.8). In conclusion, sickle cell retinopathy occasionally presents with vitreoretinal complications. Surgically these patients appear challenging preoperatively but are relatively forgiving if minimal surgery by PPV, macular membrane peel, posterior hyaloid separation, segmentation of sea fans and no panretinal photocoagulation are used [29]. Some patients can be observed and may spontaneously regress. If surgery is required, these eyes respond very well to vitrectomy procedures with segmentation of sea fan proliferation. Neither scleral buckling, panretinal photocoagulation nor delamination are necessary for good outcomes. 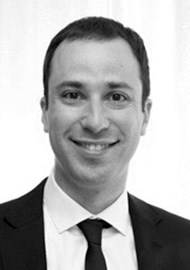 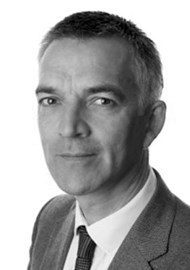