The authors share their investigation at Manchester Royal Eye Hospital into the association between diabetes and AAU. The global prevalence of diabetes mellitus (DM) is rapidly rising from an estimated 9.3% in 2019 to 10.2% by 2030 [1]. The link between acute anterior uveitis (AAU) and DM has long been established. There is a higher prevalence of AAU in diabetic patients compared to the general population [2].

However, the evidence base behind this association is scarce. Rothova et al. reported that 63% of a Dutch population with idiopathic uveitis had Type 1 DM (T1DM) [2]. Ansari et al. corroborated the same findings as Rothova et al. and found an increased prevalence of AAU in T1DM [3]. They also identified risk factors for AAU such as: increasing age, Asian and Black populations, uncontrolled diabetes with HbA1c >100mmol/mol, and evidence of proliferative retinopathy [3].

A proposed mechanism for this relationship is the disruption of the blood-retinal barrier in diabetic patients leading to a higher degree of inflammation, hence leading to an increased risk of developing AAU [4]. Several studies showed that poor glycaemic control can result in a more severe ocular inflammation than good control in diabetic patients [4-7]. Interestingly, the most common systemic disease in elderly patients presenting with a first episode of AAU is T2DM, 11.7% [8]. However, uncertainty remains when extrapolating results to the younger generation where AAU is more common [9].

Glycaemic control remains a significant factor in risk of uveitis in diabetic patients. A large retrospective study included 939,028 patients by using the Royal College of General Practitioners Research and Surveillance Centre database from the UK. They included comprehensive patient characteristics for stringent statistical analysis. A dose-response relationship has been found; high levels of HbA1c can be a predictive factor for uveitis [3]. The high HbA1c levels further support the association between poor diabetic control and severity of AU in diabetic patients and highlights the importance of glycaemic control during AU episodes. Ansari et al. concluded that glycaemic control is a modifiable factor in DM patients to prevent AU and recurrence [3]. The causes of uveitis were not established, however, as this was a retrospective study, meaning a causative association between DM and uveitis could not be confirmed.

The aim of this retrospective study is to determine the prevalence of AAU in diabetic patients attending diabetic eye clinics at the Manchester Royal Eye Hospital (MREH) and to determine if the potential association between DM and AAU had been made by the assessing clinician.

A retrospective study was done of patients attending diabetic eye clinics from 21 June 2021 to 7 July 2021. Both paper and electronic records were analysed. Data including demographic details, history and frequency of AAU, diabetic control (venous blood glucose, HbA1c and urinalysis) and other systemic co-morbidities were obtained. It was noted whether any link was made by the assessing clinician regarding the AAU and their diabetic status. 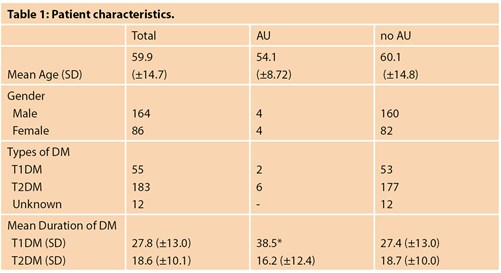 A total of eight (3.2%) diabetic patients had a history of AAU. There were six patients with T2DM and two with T1DM. The mean age of patients with T1DM was 52-years-old, while in T2DM it was 54- years-old (Table 2). 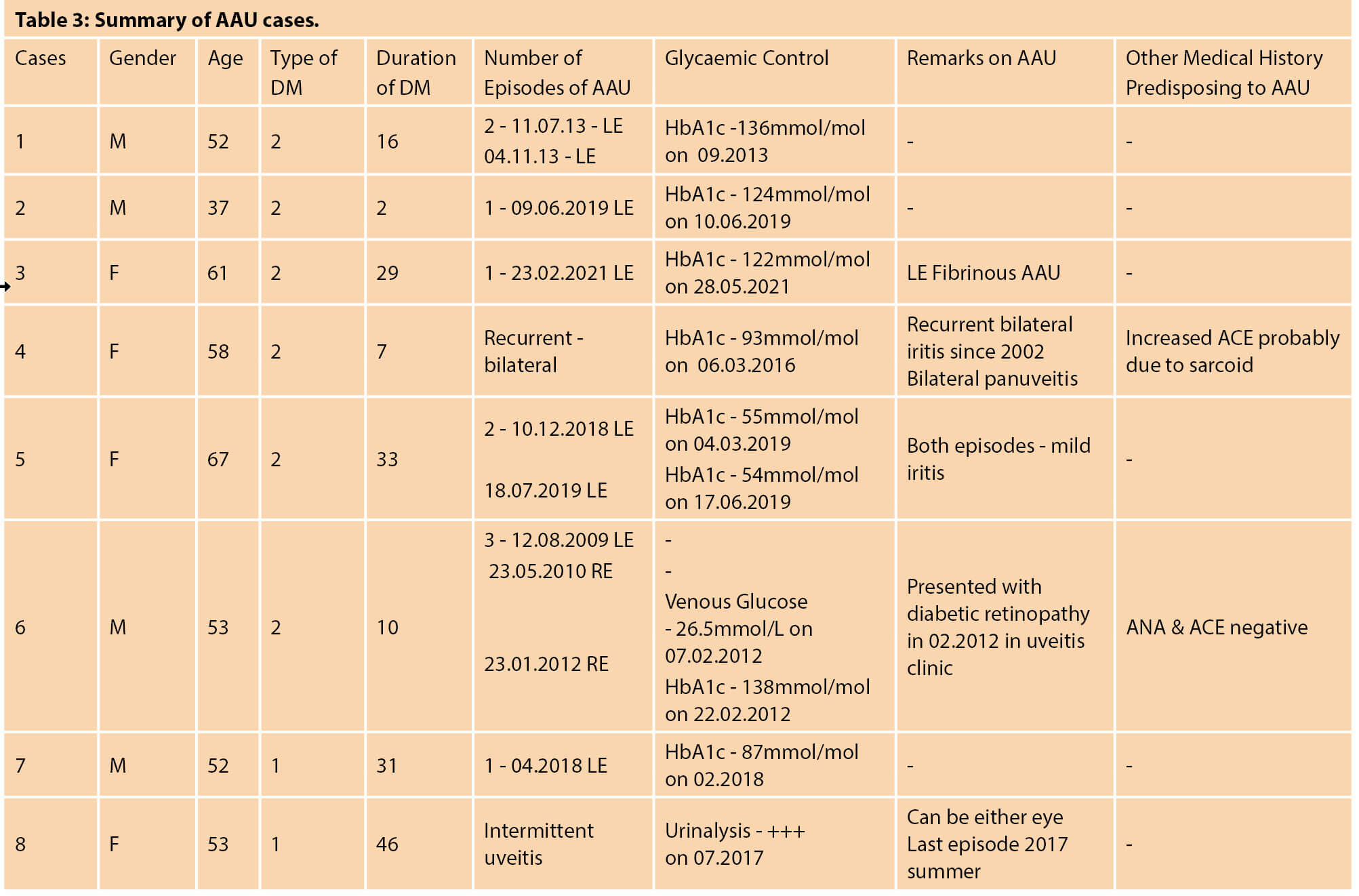 In patients with AU, the mean age of patients with T1DM was 52-years-old, while in T2DM it was 54-years-old, see Table 3. Both groups had an equal proportion of male and female, 50% in each group. Overall, the duration of DM in T1DM group was longer than T2DM group, 38 years and 16 years respectively. At the time of AAU presentation, the mean HbA1c in the T2DM group was higher, 103.1mmol/mol, compared to T1DM 70.5mmol/mol.

Case 6 had their first episode in the left eye with subsequent episodes in the right eye. No glucose measurements were taken for the first two episodes of AAU. However, during the third episode, a venous blood glucose measurement of 26.5mmol/L was taken, which translates to HbA1c ~176.9mmol/mol. The HbA1c measurement taken subsequently was 138mmol/mol. This patient was unaware of DM status prior to AAU presentations.

There were two T1DM patients who had AU. Case 7, a 52-year-old male patient with a 31-years duration had one episode of AAU in the left eye. HbA1c within four months of presentation was 87mmol/mol. The other female T1DM patient with 46 years duration had intermittent AAU (Case 8), which could be in either eye with latest episode in summer 2017. No formal glucose measurements were recorded but urine dipstick showed “+++” glucose, which represents 55mmol/L in the urine. HbA1c was not measured within four months of AAU presentation.

This study found a prevalence of 3.2% of patients attending diabetic eye clinics had at least one episode of AAU compared to 0.02% in the general population [16]. In no case was there any obvious potential correlation made between the episode of AAU and diabetes. HbA1Cs, or other methods of assessing diabetic status and control were correlated in retrospect in these patients, not at the time of presenting with the AAU episode. In two out of the eight patients the diagnosis of diabetes was made when the patient presented with AAU, blood sugar being checked because the patients had diabetic retinopathy. One of these patients had two episodes of AAU over an 18-month period prior to presenting on the third occasion with diabetic retinopathy.

Of these patients, 6/8 had very high HbA1C levels within three months of the episode of AAU. Although this does not prove a causal link between the high HbA1C and the AAU episode the observation is an important one as an opportunity to target diabetic control and identify new diabetic patients. It is likely that there were missed opportunities to diagnose as diabetic one of these patients earlier if a blood sugar measurement had been taken at the time of presenting with AAU.

Studies by Oswal et al. and Watanabe et al. also identified undiagnosed diabetic patients in their study [4,6], highlighting the importance of glucose measurements in AAU patients. Some patients may have an unusual presentation of DM, in the case of AAU, therefore HbA1c measurement should be done routinely to identify these patients and be in one of the differential diagnoses [14].

There was a suggestion that the patients with T2DM had poorer glycaemic control than T1DM group, with mean HbA1c value >100mmol/mol. In this cohort of diabetic patients, more T2DM patients had AAU than T1DM, which is in concordance with other studies [4,6,7]. This distribution of DM was similar to Asian and South American populations with AAU where most studies were conducted [4-8, 11-13]. Many patients in our hospital are of Asian origin, so it would be valuable to take ethnicity into account. However, comparing to a UK retrospective study, Ansari et al. found that patients with T1DM were more likely to develop AAU [3]. In addition, Rothova et al. found that T1DM was more common in the Dutch population [2]. This discrepancy could be due to the fact that most of our patients were of Asian origin, thus a higher proportion of T2DM compared to T1DM. Their study highlighted the variation in diabetes prevalence in different European populations and other populations around the world.

One limitation of this study was that the severity of intraocular inflammation was not studied when patients presented with AAU. This is one of the important findings from other studies that patients with extreme levels of HbA1c tend to have more severe inflammation. One patient (Case 3) had fibrinous AAU, which is a feature indicative of severe inflammation, similar to findings from other research in patients with poor diabetic control [4-6]. Sabat et al. found that based on clinical findings, patients with poor glycaemic control had a more intense inflammation compared to well-controlled patients [7]. However, the severity of AAU was not commented on in other patients, meaning this link cannot be further studied in relation to poor diabetic control.

The overall glycaemic control during AAU-quiescent period was also not studied, which would be useful to compare baseline control to AAU presentations. In addition, some patients had multiple episodes of AAU while others only had one episode even with poor glycaemic control. This suggests that causes other than DM are responsible for the inflammation process. Moreover, DM was not found to be correlated with AAU recurrence [15]. Nonetheless, in acute phases poor glycaemic control could contribute to more intense inflammation. It would be valuable to investigate whether erratic glycaemic control increases the risk of AAU. Although previous studies identified possible risk of complications from AAU in diabetic patients, no complications were reported from this cohort of patients [4,5,7].

As the first presentation of AAU is not usually investigated in the UK, it was difficult to rule out other causes for AAU in these diabetic patients. Plausible links have been established between AAU and DM, especially the risk of AAU in poorly controlled diabetic patients. No causative links, however, could be confirmed due to the lack of investigation.

In keeping with other studies, our results showed an increased prevalence of AAU in diabetic patients attending our diabetic eye clinics compared to the general population (0.02%) [16]. The potential link between poor glycaemic control and AAU in these patients was evident retrospectively but was not made contemporaneously. This means that an opportunity to diagnose new cases of diabetes earlier and to manage poorly controlled diabetes promptly was lost. Given the high, and rising, rates of diabetes in the population, we would suggest incorporating a simple blood sugar check in all patients attending with an episode of AAU.

The University of Manchester, UK. 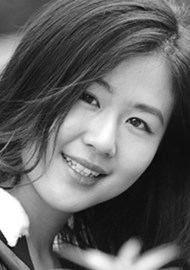 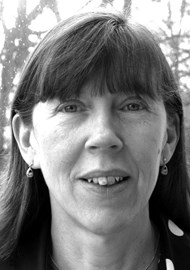