Innovations in ophthalmology: what can the innovations of the past teach us about tomorrow?
By Joshua Harvey

An essay titled Innovations in Ophthalmology might choose to focus on the history; from cataract couching to femtosecond lasers, ophthalmology has had no shortage of topics worthy of discussion. Such an essay might equally discuss the current frontiers in ophthalmology, which would surely discuss the genetic engineering revolution and its promise of stem cell therapy.

A more interesting topic still is the future of how ophthalmology services are provided, with threats from the allied eye care specialities to offer services at a cheaper price, one wonders how the field must innovate if it is to survive, let alone flourish. A satisfactory answer to what are the innovations in ophthalmology must therefore draw on all three of these areas. What do the innovations of past and present tell us about where ophthalmology will be tomorrow? 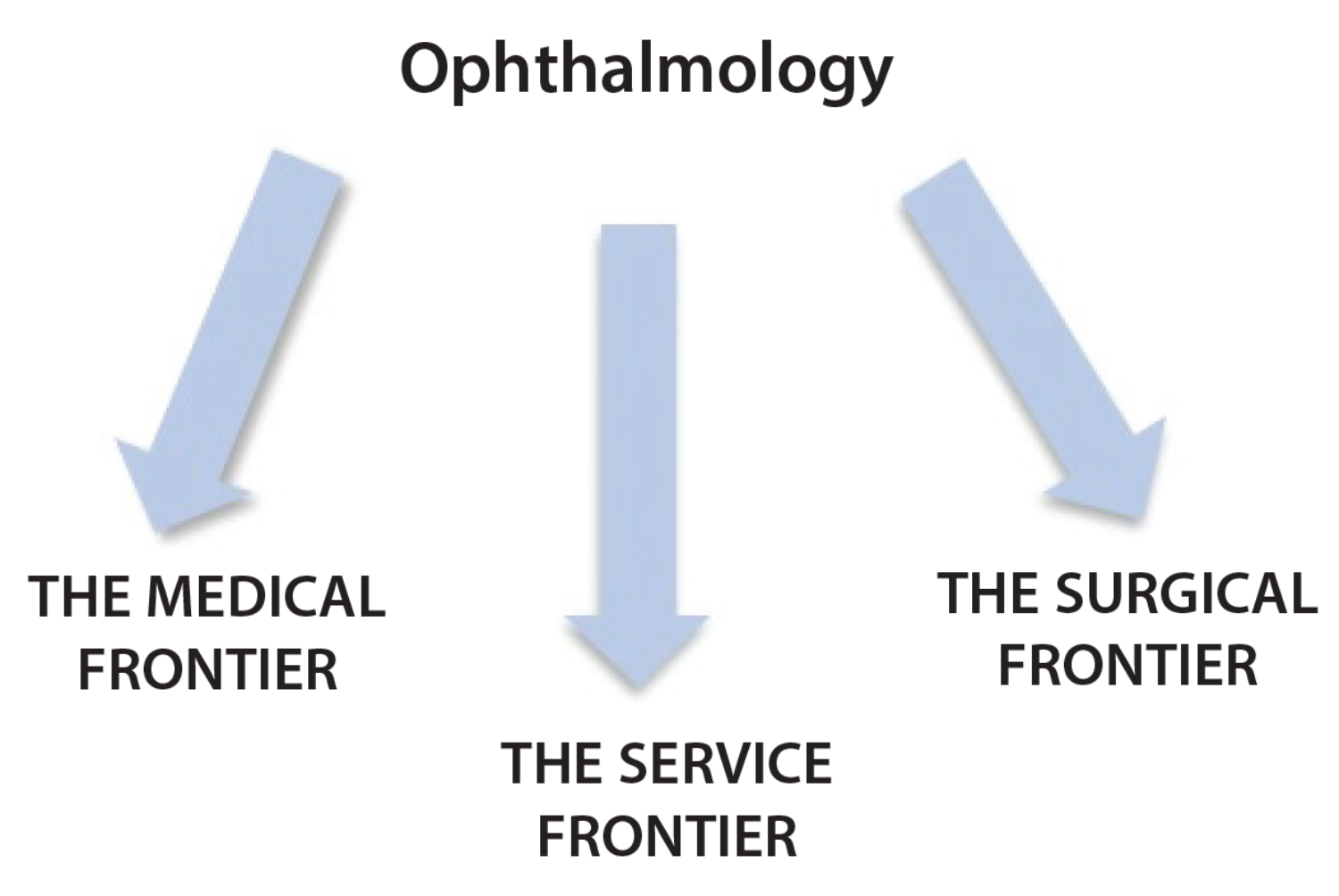 Figure 1: Ophthalmology advances along three frontiers.
This essay will consider the past, present and future of each in turn.

Innovations in the medical frontier have always, in part, been fuelled by advances elsewhere in medicine [1]. It was Helmholtz’ adaptation of the microscope in the 1850s, already a revolutionary force in medicine, which led to the invention of the ophthalmoscope and helped establish ophthalmology as an independent discipline [1]. The use of innovations from elsewhere is a common theme in medical ophthalmology. This is typified by glaucoma treatment which serves as an important example to explore the past, present and future of the medical frontier.

William H Frishman, an American cardiologist noticed in the 1970s that patients on oral beta-blockers experienced a reduction in intraocular pressure [2]. By 1979 timolol became the first beta- blocker approved for lowering intraocular pressure and was put to use in glaucoma therapy. Whether it was the prostaglandin analogs previously used in asthmatics or the acetazolamide used as a diuretic, many of the drugs used today in ophthalmology were first used elsewhere – see Table 1.

Therefore, to predict the future innovations in ophthalmology one must look at the current innovations in medicine. Two of the most exciting current areas of medical research namely gene therapy and neuroprotection are likely to play an important role in glaucoma treatment in the future.

Gene therapy describes the introduction of exogenous genes into a cell to modulate its activity [8]. Gene therapy has been used, primarily in an experimental way, in treating a variety of medical conditions. It was first used to treat the deficiency of adenosine deaminase causing severe combined immunodeficiency and then a number of other conditions such as cystic fibrosis, thalassaemia and sickle cell disease [8]. Again, ophthalmology benefited from innovations elsewhere and in 2007 Moorfields Eye hospital and University College London used gene therapy as a treatment for Leber’s congenital amaurosis, an inherited defect in the RPE65 gene [9].

Borrás et al. have gone some way in showing gene therapy may one day be of therapeutic benefit in glaucoma treatment [9]. They used a viral vector to hyper-express caldesmon, a protein which regulates the activity of smooth muscle contraction, in living primate eyes [10]. They showed trabecular meshwork cells have a mean increase in outflow of 50% – see Figure 2.

More recently in 2010 the same group showed that hyperexpression of the MMP1 gene with the same viral vector in living sheep achieved reductions of intraocular pressure (IOP) up to 70% [11]. These results demonstrate that gene therapy is a potential therapeutic treatment of glaucoma. In vivo studies in humans will indicate how realistic this innovation is.

Neuroprotection is another area of research which has recently been considered for treatment in ophthalmology [12]. Neuroprotection aims to slow or even prevent nerve death. There has been considerable interest in neuroprotection in central nervous system (CNS) disorders particularly Parkinson’s disease as well as stroke and traumatic brain injury [13]. Neuroprotection could offer a way to prevent the optic neuropathy that occurs in glaucoma [12]. There are several potential targets for neuroprotective agents – see Figure 3. 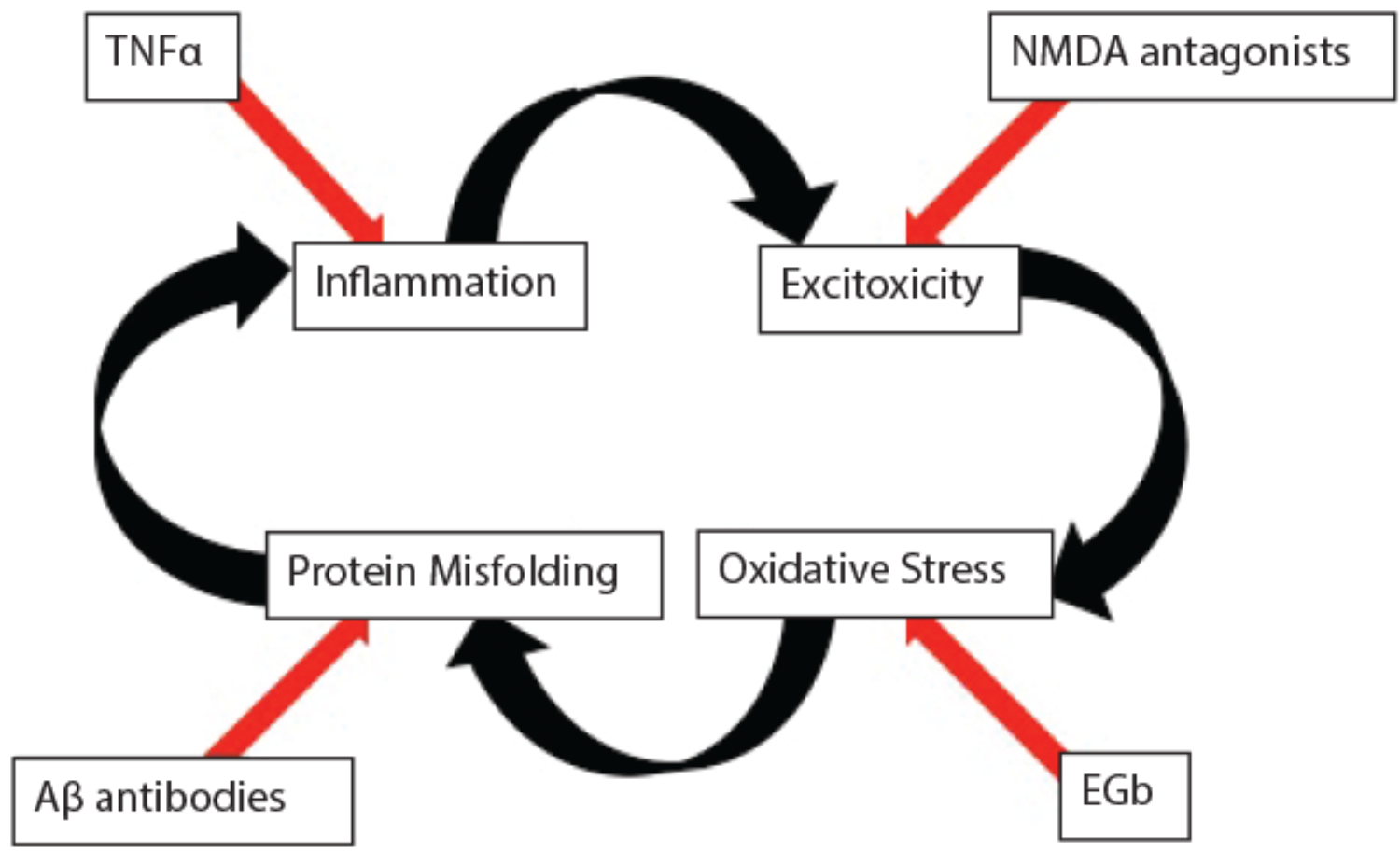 One of the more promising targets is amyloidβ. Guo et al. showed that intravitreal injection of anti-amyloidβ antibodies resulted in a mean reduction of 73% of retinal ganglion cell apoptosis [14]. As neuroprotection will one day offer a way to treat previously modifiable disease processes, ophthalmology will surely benefit from this innovation in the future.

It is believed that as early as 2000BC surgeons were using couching, a method of displacing a mature cataract with a needle to the bottom of the eye to allow uninterrupted passage of light to the retina [15]. Although the removal of these mature cataracts improved vision, future sight was severely limited without a replacement lens. It was not until 1949 when Sir Harold Ridley, a British ophthalmologist, noted that plexiglass fragments from the Spitfire canopies used in the Second World War remained inert in the eyes of injured pilots, that the idea of replacement lenses was conceived. Ridley’s subsequent trial of a Perspex intraocular lens was when the treatment of cataracts truly took off [15]!

The technology of implantable intraocular lenses (IOLs) has come a long way from Ridley’s first prototypes. An important current limitation in cataract surgery is ensuring good postoperative vision [16]. One of the most promising innovations is therefore the rapid increase in available IOLs. Premium lenses (see Figure 4), which go beyond monofocal lenses, are becoming increasingly popular [17].

The most commonly used is the toric lens which is used to treat astigmatism. Another premium lens offers dual refraction such that both near and far vision is possible offering a treatment for presbyopia. However, these lenses demonstrate limitations such as glare, shadows and ghost images due to optic aberrations. So how are ophthalmologists and allied professionals innovating once more?

One of the difficulties in calculating the power of IOL needed, usually based primarily on corneal curvature and axial length, is the difficulty in predicting the effect of the incisions on the eye, which often causes postoperative astigmatism. Calhoun vision have developed a light-adjustable IOL which contains light sensitive silicone. Using UV light, it is possible to alter the refractive power of this lens postoperatively, thereby producing an optimal refractive power, once surgical inflammation has settled [18]. Another IOL offers the possibility of electronic accommodation which emulates human physiology. The ELENZA lens senses pupillary constriction, relying on the association between accommodation and pupillary constriction of the eyes (see Figure 5) to trigger its own accommodation [19]. Both these lenses are early in development but as innovations at the very edge of the frontier of ophthalmology surgery they give a good insight into the exciting future to come. 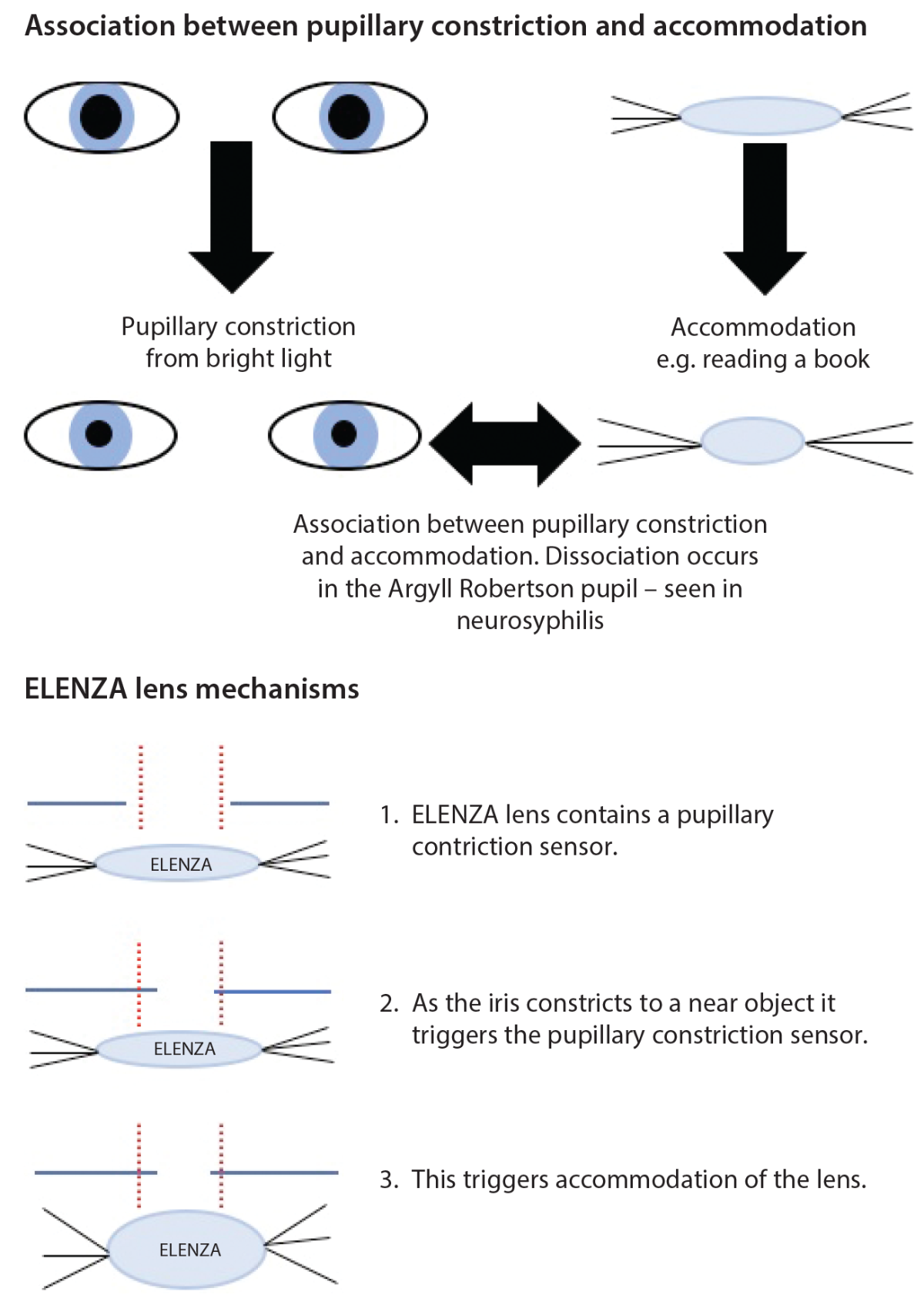 It is only recently that ophthalmology has existed in a form one might recognise today. Early ‘ophthalmologists’ performing the aforementioned couching procedure were invariably priests or religious clergy. Unfortunately much of the following centuries were dominated by so called quacks where one practitioner Sir William Read even managed to get knighted for his contributions to ophthalmology despite being an illiterate tailor who published exclusively poor translations of others’ work [20]! This led to a fierce but necessary counterculture of protectionism amongst ophthalmologists which led to the foundation of a hospital in 1805 which would treat exclusively eye conditions [21]. Today, Moorfields Hospital in London remains one of the most respected eye hospitals in the world. This professionalisation of ophthalmology was necessary in the 19th and 20th centuries. However, it will not be enough for the medicine and surgery to innovate without the innovation of the delivery of these services. This would allow a more cost-effective way to provide a high standard of care in the setting of constricting budgets and an ageing population.

In order for the provision of ophthalmic services to continue to be successful one must embrace the effectiveness of a multidisciplinary team. The field already contains several specialties such as optometrists, orthoptists, opticians and ophthalmic nurses who help to deliver a cost-efficient service. However, there is room to expand the ophthalmic service before the hospital setting. It is true that the redistribution of ophthalmic services away from ophthalmologists has been met with resistance, for instance in 2008 legislation in California was passed that stopped the expansion of the role of optometrists by performing ophthalmic surgeries and administering eye injections [22]. However, if done in a safe and effective manner it would allow a more efficient allocation of resources – namely labour to allow ophthalmic services in the future to meet increasing demand.

One of the potential opportunities for innovation in the way ophthalmic services is provided is by increasing the role of primary care. Former Health Minister, Rosie Winterton said, “Eye care services are an area where there is clear potential to develop a wider range of community based services, making better use of the skills and resources in primary care.” [23] What exactly is ophthalmic primary care (OPC) and how can it help?

The Royal College of Ophthalmologists published a document in 2006 outlining a possible future for OPC. Rather than suggesting it should reflect other primary care models – namely a point of first access provided by general practitioners, OPC was defined as a specialty in its own right which should, in the future, have its own dedicated training scheme. The document goes on to place ophthalmologists at the very heart of what is likely to become the first point of access for ophthalmology services, stating, “Ophthalmic primary care needs ophthalmologists.” How and where these services will be provided is yet to be seen [24]. However, by providing a first point of access for people with ophthalmic conditions one can take some of the more routine work out of the hospital which will undoubtedly lead to cheaper, more accessible and more efficient services – see Figure 6.

The new system of ophthalmology provision illustrated above may be a way for the field to meet increasing economic and demographic demands. Based on the centre for workforce intelligence statistics it states that the ophthalmology workforce is required to grow on average 2.5% every year [25]. The cost of employing around 25 extra consultants every year, based on a current workforce of 1073, is not sustainable in the long run without some efficiency savings which a specialised primary care service would offer.

Whether it be adapting the advancements of others or showing the way themselves, ophthalmologists have always been innovative. As ophthalmology has progressed in the past, making previously untreatable conditions treatable, future advances will continue to expand the field. It is difficult to predict exactly where the innovations of tomorrow will take ophthalmology but one can be sure it shall be an exciting future to come. However, a more pressing issue is at hand. Twenty-first century medicine faces a new challenge, without innovation in the way we provide our health services any benefit from innovations in treatment shall be limited. How exactly the patients of tomorrow will access ophthalmology services is arguably the most pertinent question of all. The role of ophthalmology looks to innovate once more with a change in the way we offer primary services, with consultant led services in the community, freeing up the resources to allow future ophthalmologists to use the gene therapy and light-adjustable IOLs of tomorrow.