In this article we describe a new local service development, the ‘Complex Biometry Clinic’ at Leicester Royal Infirmary.

Retrospective data analysis of patients referred between October 2012 and October 2013 was performed. The aim was to provide a one-stop service to regional eye departments by determining optimal intraocular lens powers in cases where conventional biometric calculations were inadequate. We also accepted referral of patients for correction of a refractive surprise following cataract surgery.

“The aim was to provide a one-stop service to regional eye departments by determining optimal intraocular lens powers in cases where conventional biometric calculations were inadequate.”

Biometric measurements were made using a range of established techniques, and also by topography, contact lens over-refraction to determine corneal power and by B-scan ultrasound. When inconsistent results were obtained, measurements were repeated using several different techniques. Standard and ‘on-line’ formulae were used to calculate lens powers, and where necessary bespoke software was developed. In cases where biometry gave variable results, they were carefully reviewed to select a power that would give the safest refractive outcome wherever the true value lay within the measured range. 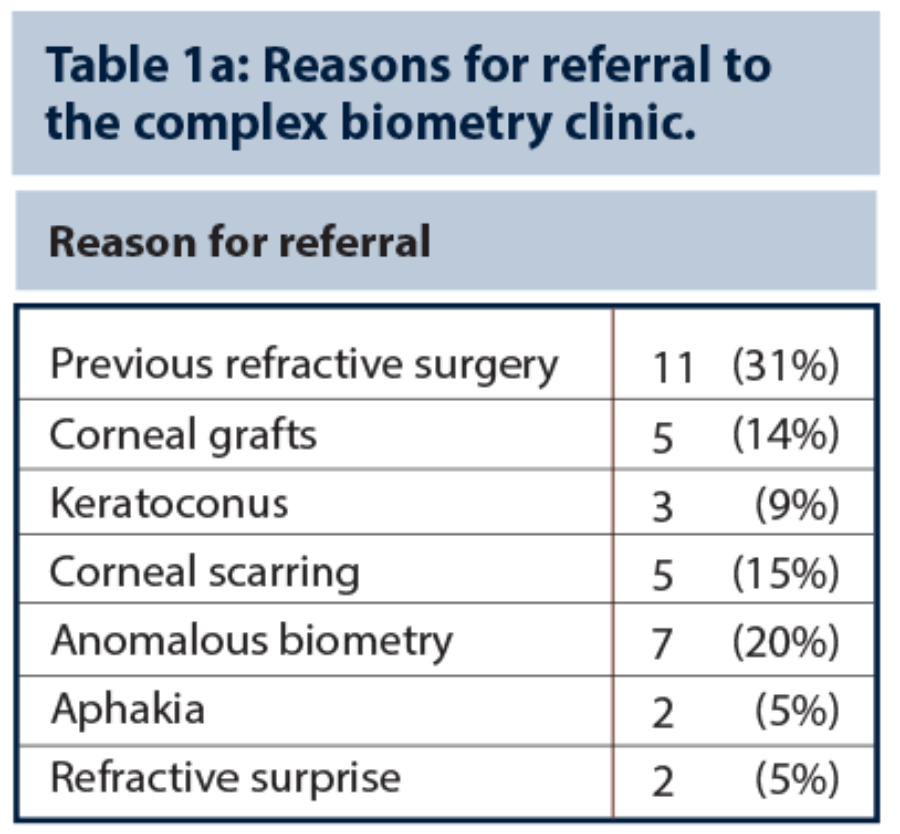 Indications for referral included previous refractive surgery, high astigmatism and refractive surprise (Table 1a). Patients were also referred if biometry needed verification, e.g. a significant difference in predicted power between eyes without anisometropia. In 20% of cases, patients returned to the referring consultant for surgery using our recommended lens power. Others remained under our care. Outcomes for all are given in Table 1b. Of those who underwent surgery, 80% were within +/-1.00 dioptre of their targeted outcome, and 69% within +/-0.50 dioptre (Figure 1a) with a marked reduction in astigmatism (Figure 1b). Corrected acuity was ≥6/9 in 81% and none required further refractive procedures. 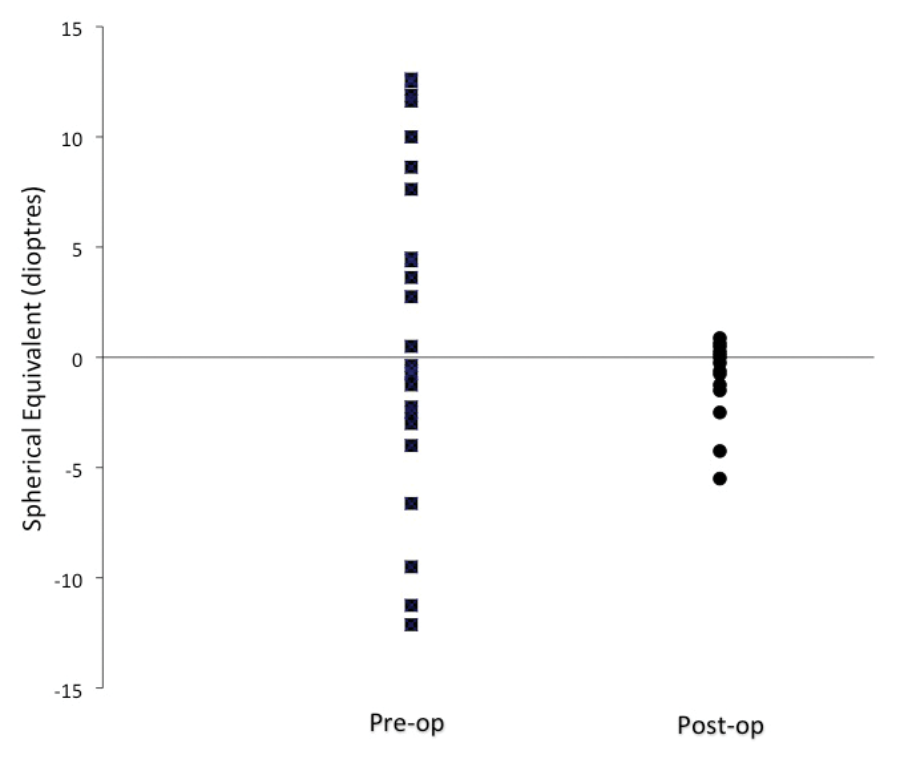 Figure 1a: Comparison of pre- and postoperative refraction. 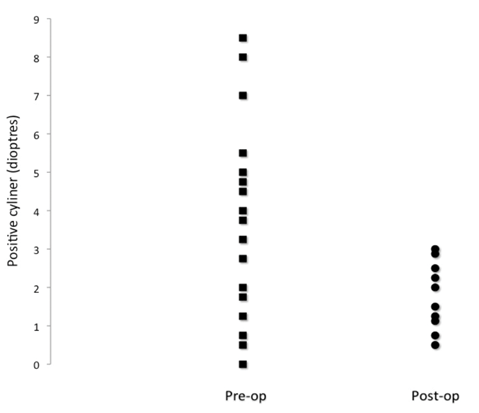 Figure 1b: Comparison of pre- and postoperative astigmatism.

Patient satisfaction is dependent on a good refractive outcome of surgery, but biometric calculations can be problematic in those with coexisting ocular pathology, past refractive surgery, or sometimes for unknown reasons. While our reported refractive outcomes do not match established values for standard biometry and cataract surgery, they are acceptable considering the mix of complex patients selected for review in this new service.

We are not aware of similar clinics elsewhere in the UK, and the increasing numbers of referrals seem to indicate that we have identified an unmet need.

A 70-year-old gentleman was referred from the cataract clinic with a view to cataract surgery. He had a history of previous laser refractive surgery but was unsure as to whether he was myopic or hypermetropic prior to the treatment, although he perhaps remembers reading without glasses at the time. He also has a history of previously treated acute angle closure glaucoma with peripheral iridotomies. His topography revealed a slightly flattened central cornea. Axial length measurements were uninformative at 23.0mm and 24.0mm. Haigis L measurements suggested differing intraocular lens (IOL) powers for myopic and hyperopic settings. A contact lens over refraction was performed, the results of which agreed strongly with the Haigis L myopic measurements, which were therefore utilised to choose an IOL power. He underwent cataract surgery and had a good refractive outcome. 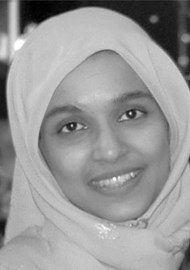 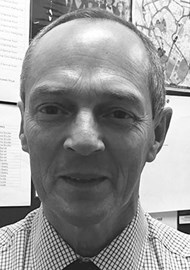 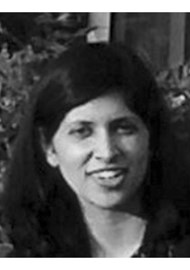 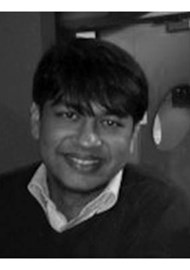 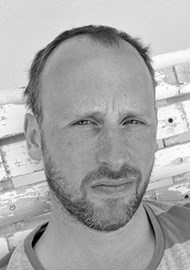 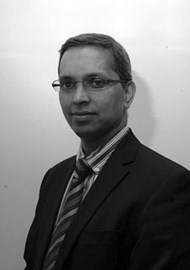 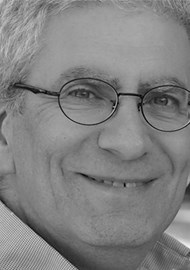