The centenary of the discovery of insulin is a time to celebrate one of the most significant scientific discoveries of the 20th century.

Before 1923, Type 1 diabetes mellitus [T1DM] resulted in death from severe ketoacidosis within months of diagnosis [1]. It was characterised by a voracious thirst, with extreme polyuria, also known as “the pissing evil”, and emaciation [2].

Medical treatment consisted of “starvation diets”, with minimal carbohydrate intake; this led to increasing weight loss and debility, though it extended survival by up to three years. Insulin altered this grim scenario from a universally fatal outcome into a chronic medical condition. The discovery of insulin, likened to a “miraculous substance”, in 1921 paved the way to a new era in medical science, predating the discovery of penicillin by seven years [1,2].

History of diabetes and insulin

Banting and Best conducted a series of experimental studies on dogs in 1921. This involved tying off the exocrine pancreatic duct leading to atrophy of the enzyme producing acinar cells. After a few weeks, the surviving (endocrine) cells were in the islets of Langerhans [3]. The internal secretion from the islets was extracted and injected into de-pancreatised dogs. The longest surviving dog lived for 70 days after injection of the material. On 11 January 1922, Frederick Banting and Charles Best injected their first patient with insulin, a 14-year-old boy called Leonard Thompson, at Toronto General Hospital, Canada [3,4]. The first batch was impure, likened to “a thick brown muck”, causing abscesses at the injection site with little therapeutic effect. James Collip, a biochemist, purified the crude pancreatic extract by using alcohol to precipitate out the impurities, and this second batch of insulin was efficacious [1,3]. In 1923, Eli Lilly made the first commercially available insulin from bovine pancreases [1]. Synthetic human insulin, made by recombinant DNA technology, was approved for use in 1982. Insulin analogues were developed in the 1990s. These were designed to mimic the body’s natural pattern of insulin release more closely, with rapid-acting insulin given before meals along with a longer acting daily, peakless, ‘background’ insulin [1].

Prior to insulin, long-term complications, such as diabetic retinopathy (DR) were infrequent. However, with the advent of insulin, individuals with diabetes now lived long enough to commonly develop DR and its devastating, sight-threatening complications. The triad of diabetes-related microvascular complications (neuropathy, nephropathy, and retinopathy) became evident in people with T1DM for 10 or more years and were clearly linked to the diabetic state. Hyperglycaemia from diabetes results in numerous changes throughout the body including thickening of capillary basement membrane, loss of pericytes (a vascular supporting cell) and eventually loss of capillaries. In addition, the accumulation of advanced glycosylation end products raises intracellular oxidative stress. These changes result in relative hypoxia of tissues and subsequent release of factors that increase vascular permeability, and which induce abnormal vessel growth. In the eye, these changes resulted in vision-threatening complications which prior to the development of eye treatments resulted in permanent severe vision loss in the majority of patients with diabetes who lived long enough. 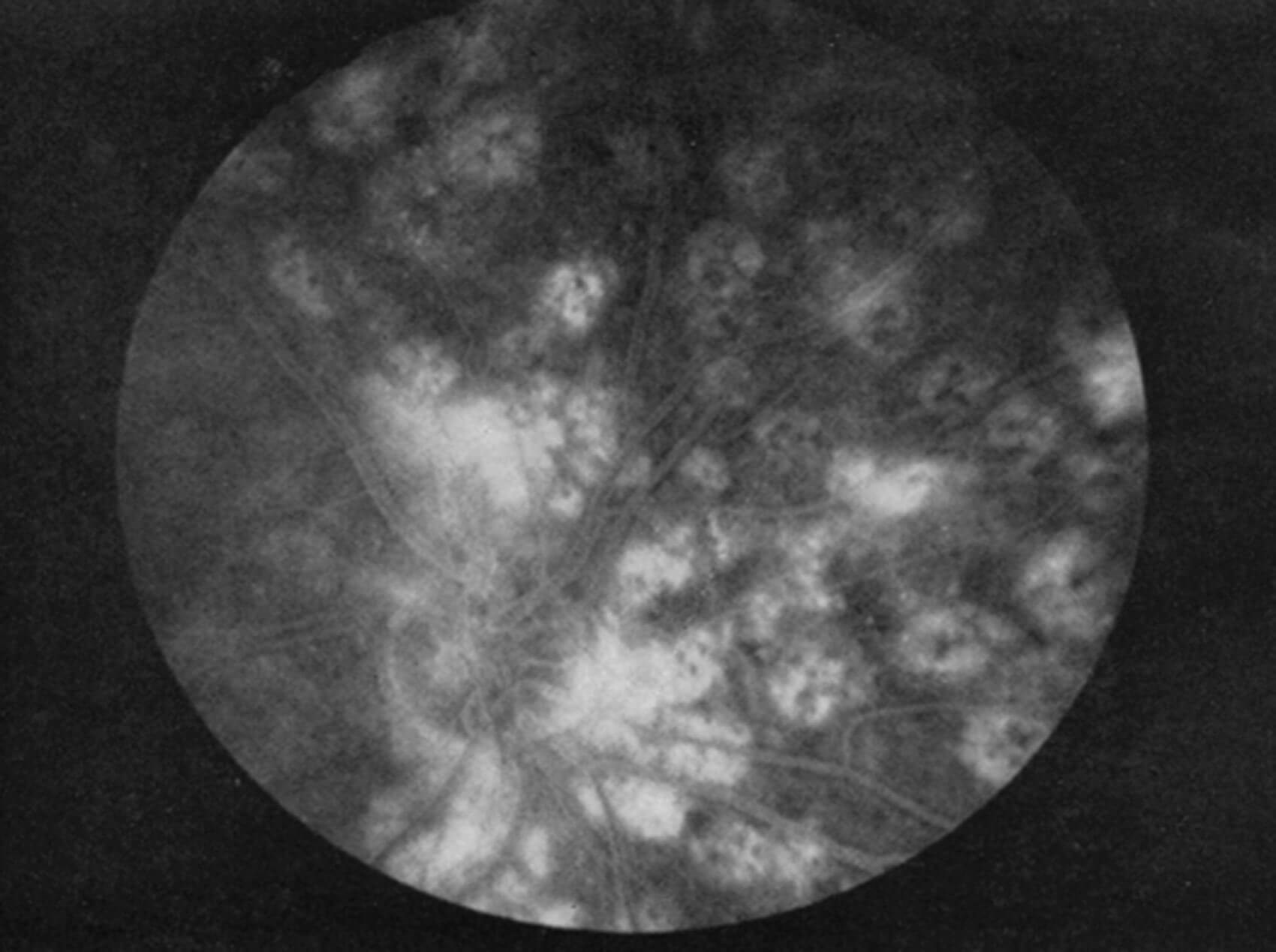 A German ophthalmologist, Meyer-Schwickerath, was the first to treat DR with the laser [5]. That treatment involved direct photocoagulation of the neovascularisation, but had associated complications and its efficacy was never definitively documented. William P. Beetham and Lloyd M. Aiello were the first to perform panretinal photocoagulation (PRP) where the laser burns were directed to the more peripheral retina and not specifically directed at the retinal lesions (Figure 1). The beneficial effect of this ruby laser treatment was then seen throughout the retina, even in areas not treated by the laser. The Joslin Diabetes Center where Beetham and Aiello worked in Boston has been at the forefront of clinical scientific discoveries and maximising the benefits of treatment ever since [6]. It took the Diabetic Retinopathy Study (DRS) in 1976 to provide the first definitive evidence of the effectiveness of laser photocoagulation in the treatment outcome of DR [6]. The outcomes of the DRS firmly established the benefit of PRP in preserving vision for people with proliferative DR, reducing the risk of severe visual loss by more than 50%. LM Aiello was the principal investigator at Joslin Clinic for the DRS (Figure 1) [6,7].

Celebrating the work of Eva Kohner

Professor Eva Kohner is credited with the adoption of regular screening for DR among patients with diabetes in the UK. She demonstrated the value of photocoagulation in DR as a treatment option for preventing blindness. She advocated early treatment for DR before disease progression further limits the treatment options and increases the risk of visual loss. For her extensive work and research, she was awarded an OBE [8,9].

Eva Kohner became the first president for the European Association for the Study of Diabetes Eye Complications Study Group (EAsDEC). A special lecture was held in her memory at the recent EAsDEC conference in Belfast. The conference highlighted how DR research, screening and treatments have been transformed over the years. Dual sensory impairment with hearing loss is poorly researched, and EAsDEC used the forum to share knowledge and patient experiences on this topic. One patient reported: “I value what health care providers do, but wish they would understand my needs.” More research is needed in this neglected area of diabetes complications and new technologies are detecting subclinical hearing damage consequent to T1DM. The frequency-following response, an early marker of neural damage, is much reduced in T1DM, and may impact of the increased risk of impaired hearing in diabetes. 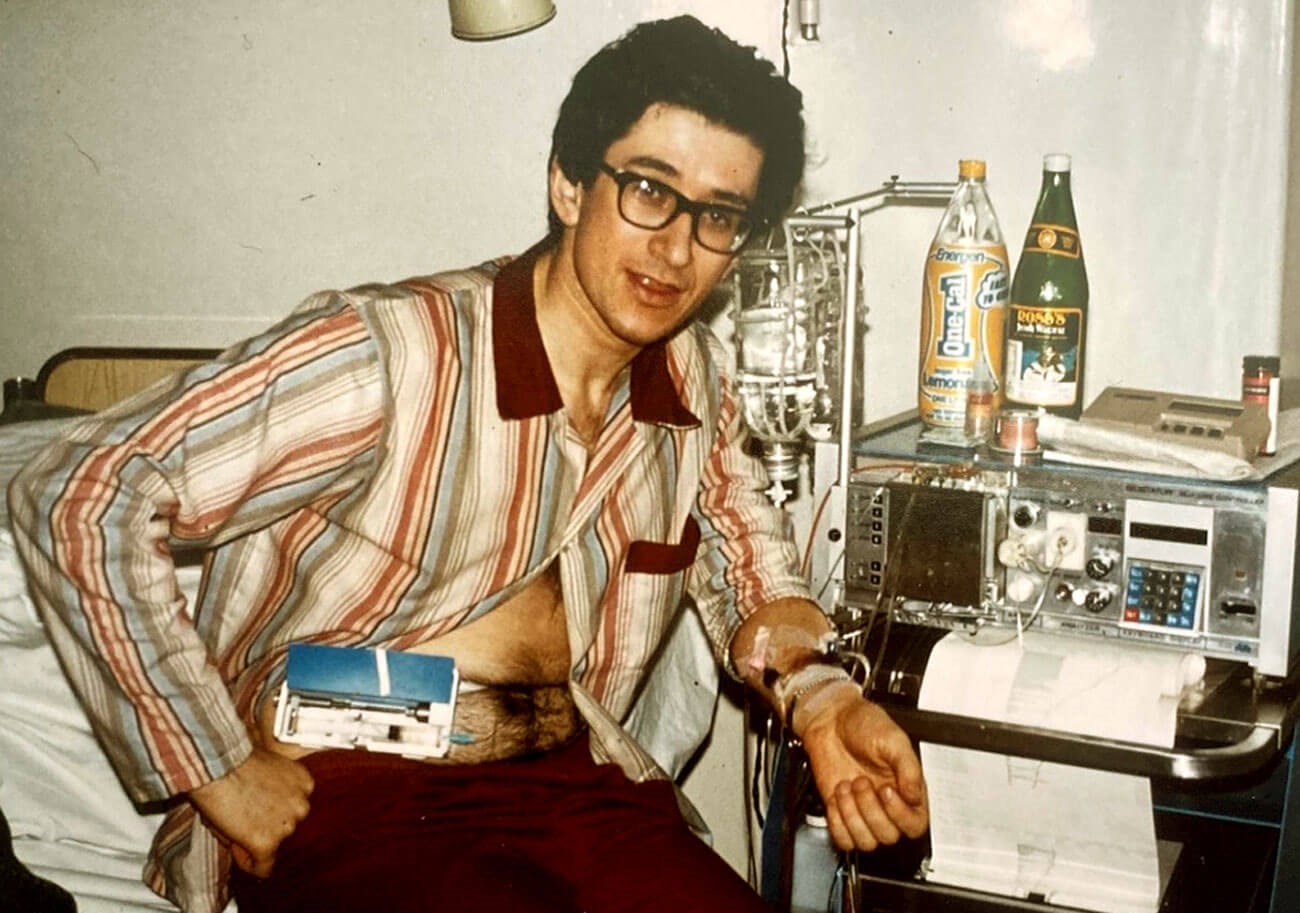 Figure 2: Image of Kieran Walshe in the early days, with the first pump and artificial pancreas.

At EAsDEC, Kieran Walshe gave an inspirational public lecture, talking about his life experience with Type 1 diabetes for 55 years (Figure 2). He feels fortunate to have no diabetes-related complications. He attributes this to good control of his blood sugar as well as motivation to manage the condition. However, he felt that there may also be a significant genetic gift which has been highlighted by the Joslin Clinic’s studies on its complication-free 50-year T1DM survivor cohort [10]. There is an enhanced action of an enzyme, pyruvate kinase 2, that detoxifies glucose in these patients [11]. Also, a new protective factor, retinol binding protein 3 (RPB3), has been identified that appears to protect such individuals from the complications of diabetes [12]. They also had good diabetes control with a mean HbA1c of 7.3% (56mmol/mmol). He advised healthcare providers at the conference to “be positive and hopeful” to patients and their families. During a recent diabetic eye appointment, he recalls the joy and relief he had when told that his OCT scan was normal. Walshe concluded his speech saying: “I owe a lot to you and fellow researchers.”

His dedication to diabetes care has been lifelong, as a diabetes specialist physician. He has been an early adopter of developments, using insulin-infusing pumps since 1980 along with intensive patient education (The DAFNE Programme) and continuous glucose sensing to achieve blood sugar levels closer to target with variable success. He used the artificial pancreas to study the pharmakokinetics of human insulin and the variability of insulin action has always been problematic. It’s not surprising that a drug delivered in the “wrong place at the wrong time” (delivered into the system circulation, not into the portal stream) does not achieve optimal results. The recent development of intelligent pumps, which alter insulin infusion rates every five minutes, has been the greatest advancement in his lifetime. Despite all his expertise from researching and living with diabetes, he finds that it is possible only now to consistently wake up with a normal blood glucose. The algorithm alters the basal-rate insulin delivery every five minutes, and it makes many adjustments, even overnight, to maintain blood glucose stability. The almost inevitable post-prandial blood glucose rise is also ‘chased’ by micro-boli of insulin if the pre-meal bolus is inadequate. The advance warning of hypoglycaemia has enormous psychological benefit which he likens to “a weight lifted off my shoulders.” He added: “My quality of life is enhanced beyond measure and insulin administration is now relatively safe for the first time in 55 years”.

The best is yet to come, as recent trials of an immune inhibitor has been shown to prevent the destruction of the insulin-producing beta cells, thus preventing T1DM [13]. Walshe concluded his speech with “a thank-you from the entire diabetes community”.

The future of diabetic retinopathy

Although over 90% of severe visual loss can be prevented with timely and appropriate retinopathy identification and treatment, less severe visual loss is still common, and many hurdles remain in the effort to minimise the diabetes threat to vison. The International Diabetes Federation estimates that the prevalence of diabetes worldwide will grow from 463 million in 2019 to over 700 million in 2045 [14]. The greatest increase will be in low- and middle-income countries, and 90% will be T2DM. Over one-third of people with diabetes develop DR; this is now a major public health concern [14]. The evolving diabetes epidemic requires action, as diabetes-related complications will overwhelm healthcare systems, accentuate health inequities, and reduce economic productivity. Currently diabetes care consumes >10% of the NHS budget, and diabetes-related complications accounts for more than 80% of these costs. The COVID-19 pandemic demonstrated the vigour of the scientific community and policymakers. If we apply the same focus and vision to tackling the diabetes epidemic, it will reduce the incidence and complications of T2DM. This will require focused action, including a ‘treat to target’ approach, with A1c, blood pressure, and lipids being targeted to minimise the risk of complication development.

Ongoing research into disease-modifying therapies, improving the availability of insulin and other medications, and five blood-glucose monitoring technologies are critical to diabetes healthcare delivery. Quality of life is the ultimate measure of success in the management of a chronic medical condition. It often comes down to education, sufficient to manage the condition, patients thereby enabled to live the life they want to lead. The three elements of empowerment - knowledge, behavioural skills, and self-responsibility - are essential in achieving the goal of a life free from diabetes-related complications. 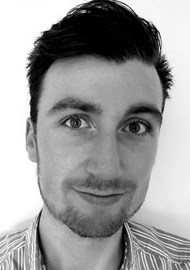 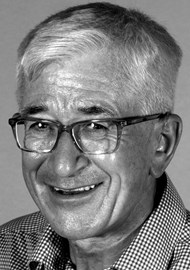 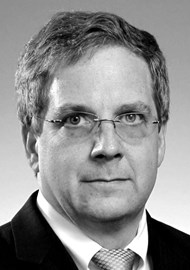 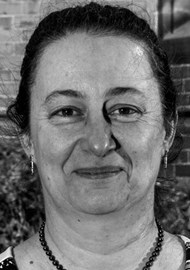 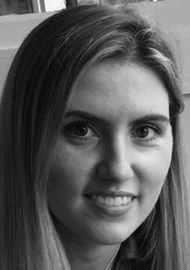