Blindness is a major public health problem globally. The first estimate of global blindness by the World Health Organization (WHO) in 1972 provided a figure of 10 to 15 million, which was considered an underestimate [1].

In 1999, an extraordinary coming together of different national and international organisations and individuals with the common focus of tackling the problem of needless blindness resulted in the creation of a global movement called ‘VISION 2020: The Right to Sight’. Launched on 18 February 1999, VISION 2020 draws together the strengths and resources of the governments of the world, represented by the WHO; non-governmental organisations (NGOs) represented by the International Agency for the Prevention of Blindness (IAPB); individuals and foundations engaged in blindness prevention and eye care. The partnership provides guidance, technical and resource support to countries that have adopted its agenda [2].

The goal was simple: to eliminate the main causes of preventable and treatable blindness as a public health issue by the year 2020, in order to give all people in the world the ‘Right to Sight’. The three essential elements of the global plan are – disease control, human resource development, and infrastructure and technology development. The major strategies to achieve these goals were: advocacy, resource mobilisation and programme facilitation and implementation [1].

Several achievements can be credited to VISION 2020, both direct and indirect, during the last two decades. Some added newer initiatives while others helped in either enhancing or sustaining ongoing programmes.

When reviewing the achievements of VISION 2020, advocacy stands out as one of the major areas. Multiple successes were achieved at global and national levels.

Overall, WHA resolutions were a powerful advocacy tool with the policymakers, World Sight Day with the public, and VISION 2020 sessions with the professionals.

When VISION 2020 was launched, the aspiration was to double the funding base generated at that time by all the NGOs. During the last two decades, funding for prevention of blindness and eye care multiplied several times, both through governmental and non-governmental sources.

Several governments around the world have either enhanced or initiated funding for prevention of blindness and eye care programmes. Many developed nations supported developing countries through a variety of programmes [6]. These include:

In addition, certain countries and regional health programmes benefitted from multi-lateral organisations like the World Bank. Together, the availability of all these sources of governmental funding helped in creating the necessary infrastructure, training of human resources, and setting up and implementing programmes.

Prevention of blindness and the eye care field has benefitted from the support of vibrant NGOs and corporations from different countries. Through the efforts of IAPB and VISION 2020, additional support was mobilised from a number of other sources [5].

When the IAPB and VISION 2020 group was exploring alternative avenues of resource mobilisation, two ideas emerged and were implemented.

Donation of medicines by Merck (Mectizan – ivermectin) and Pfizer (Zithromax – azithromycin) worth hundreds of millions of dollars for the elimination of onchocerciasis and trachoma respectively have been massive ‘in kind’ contributions. The gift of “as many doses as required for as long as required to eliminate the disease” made elimination of onchocerciasis a possibility. Trachoma has been eliminated in many countries with a distinct possibility of total elimination of blindness from trachoma in the next decade.

Several national and some state-level governments have given a big boost to funding eye care programmes around the world. These included:

India: The Indian government has always provided significant funding to prevention of blindness programmes through their National Programme for the Control of Blindness (NPCB) established in 1976. During the last two decades, this national funding quadrupled and has reshaped the way eye care is delivered in the country, resulting in a positive impact on millions of lives. The biggest success story is the rapid escalation of cataract surgical volume. The South Indian states of Telangana and Andhra Pradesh, and the Eastern state of Odisha, have committed substantial funding for eye care; and a few other states have increased their allocation.

Pakistan: With District programmes being sustainable, Pakistan recently released a report on the cataract surgical rate (CSR) showing that it now exceeds 5000.

In addition to the governmental funding in countries like India, significant local philanthropy, both individual and corporate, has been making a significant difference.

Several initiatives have helped in programme planning and implementation throughout the world.

The global launch of VISION 2020: The Right to Sight in 1999, followed by regional and country-level launches, provided opportunities for consultation between stakeholders and the development of local VISION 2020 targets for individual regions and countries.

A series of VISION 2020 advocacy and planning workshops were convened in Member States, with local support and the participation of national and international faculty. These workshops were planned as a series, starting with advocacy, followed by development of national plans and detailed district plans.

The Tool Kit “Developing an Action Plan” developed by IAPB and WHO in multiple languages provides invaluable information on developing, implementing and evaluating National Prevention of Blindness Plans [5].

A large number of surveys, both intensive epidemiological as well as Rapid Assessment of Avoidable Blindness (RAAB) surveys were conducted during the last two decades.

Together, these provided better understanding of the magnitude, main causes, risk factors, regional differences and progress made. Some examples of studies conducted in different regions are:

Africa: Eye care data collection is more focused and efficient; in countries with strong NGO presence significant progress was made and statistics improved.

Latin America: This region claims the largest number of papers on Rapid Assessment of Cataract Surgical Services (RACSS) and RAABs; all the countries in the region produced at least one community-based survey.

South-East Asian Region (SEAR): In the last decade several RAAB surveys have been conducted in countries in the region, either for the first time (Maldives, Sri Lanka and Timor Leste) or as a repeat study.

The Vision Loss Expert Group published its report in 2017 from the data of 2015. According to this report, 253 million in the world are visually impaired, of whom 36 million are blind. Despite the significant demographic shift in the past two decades, there is a decline in the prevalence of visual impairment from 4.58% in 1990 to 3.38% in 2015 [8]. Disparities due to socio-economic status, geography and gender remain. This is an indication that ‘equity’ in eye care still remains elusive.

Universal Eye Health providing comprehensive eye care equitably to everyone should be the focus for the immediate future. Through this, there is an opportunity for this sector to create a model for comprehensive ‘Universal Health Care’, an aspiration of many countries. 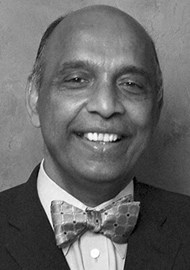