Undoubtedly, ophthalmology is one of the greatest sources of inspiration for technological progress in medicine. Thus far, we have seen remarkable advancements in the technology used by ophthalmologists across all subspecialties. From simplifying common procedures, to treating previously incurable conditions, these devices and techniques have the potential to improve outcomes in patients afflicted with diseases of the eye and orbit.

When technology advancements become a success; you always remember that first time you read about them. But, sadly, new technology can be met with initial trepidation among doctors; this means these breakthroughs can take a long time to be accepted. What interests most about technology is the endless possibilities, is it merely stopping at a driverless car or will it go beyond that? Is it in our lifetime? To ‘recycle or not to recycle’, what is the right thing to do with that iPhone 6 or the old phacoemulsification machine?

“I fear the day that technology will surpass our human interaction. The World will have a generation of idiots.”
Albert Einstein

We know Albert Einstein had reservations about the human race’s use of technology. This was based on his observation we used technology and knowledge to endanger future generations such as creating nuclear weapons and made slow progress in what we really needed to solve. But all is not lost, we have the likes of Elon Musk trying to harness technology for the good of the planet, although without batteries with an infinite rechargeable life we will likely have to figure out what to do with all those dead battery cells. Therefore, future generations will hopefully enjoy the clean air we enjoy in the countryside, but, most importantly, medical technology will continue to make advances.

Regulation with regards to our use of medical devices in the United Kingdom was from the Medical Devices Directive. The definition of a medical device was provided; it might shock some to learn some computer software can also be considered a medical device. The Directive was undergoing significant changes in 2015, one change in the draft was a greater restriction on in-house made devices, if one was not aware the implications for the NHS / patients were significant, e.g. restriction on specialised bespoke wheelchairs and prosthetics. At the time of writing the UK is negotiating it’s exit from the European Union, the applicability of this Directive and future changes will have to be revisited.

“From simplifying common procedures to treating previously incurable conditions, these devices and techniques have the potential to improve outcomes in patients afflicted with diseases of the eye and orbit.”

Medical devices require a CE mark (logo). Devices are classed from 1-3. Class 1 devices do not require as rigorous rules as they tend to be least invasive. Class 3 devices are usually implantable or carry additional risk, it is therefore understandable these require more stringent appraisal. Devices in class 2 and 3 will undergo rigorous appraisal by a notified body, e.g. BSI Healthcare. Overarching responsibility is with the Medicines and Healthcare products Regulatory Agency (MHRA) in the UK. Interestingly, the CE mark on the devices is actually very precise, the dimensions are very specific, you can check this on the gov.uk website [1]. A lot of work has gone into the production of these Medical Device Guidelines / Regulations and it is hoped after Brexit they remain similar. Other important rules are the Waste Electrical and Electronic Equipment Directive (WEEE Directive) / regulation. To simplify, this states electrical and electronic devices should be disposed of correctly, and if breached hefty fines are possible. 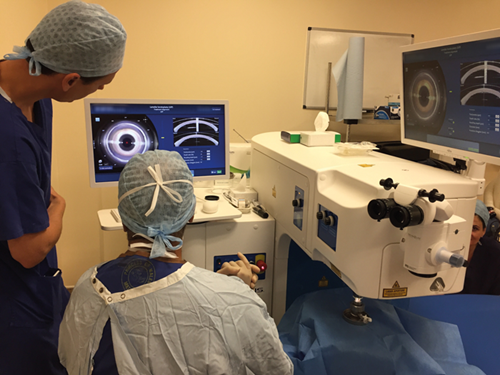 The NHS is a unique healthcare system. It is constrained by both financial and political pressure. Adopting technology is met with greater resistance than elsewhere. Although it seems immediately likely there are high financial implications from using expensive technologies, one must not rule out the possibility of cost savings. An example is sensing technology used for bedsores by Wigan Infirmary, the technology reduced hospital stays and the trust saved £50,000 a month by allowing clinicians to deal with the problem of bed ulcers earlier [2]. A successful example in ophthalmology is the Diabetic Eye Screening services where camera technology is widely used to detect disease early. The screening service in Wales has noted a drop in the number of sight impairment registrations in the years it has been active [3]. Interestingly there has been interest and success reported using machine learning to detect diabetic retinopathy [4]. The National Institute of Health and Clinical Excellence (NICE) tries to establish if a treatment / technology / medical device is cost-effective. This also allows the UK NHS to not adopt technologies too early, e.g. when there is no proven benefit or obvious cost efficiency.

The United States has the Food and Drug Administration (FDA) as its regulatory body. It is prudent to look at what is happening in the USA as well. In the remainder of this article, we will discuss several FDA-approved technologies and their future in ophthalmology, some are not new but are finding new niches.

The BrainPort V100 Vision Aid, which received FDA approval in 2015, is an artificial visual system that assists the blind in detecting light, words, shapes and motion. A sensory substitution device, the BrainPort system first converts visual input detected by a camera into electrical stimuli received by the tongue; taste receptors then send this information to the brain for higher processing. This device is non-invasive and does not require an intact retina or optic nerve, so it is a rising solution for those who suffer from blindness regardless of aetiology [5]. Further improvements – the removal of the hand-held component, smart phone connectivity, and advanced image processing – are being incorporated into the BrainPort V200, and updated model is currently undergoing review in clinical trials [5,6]. 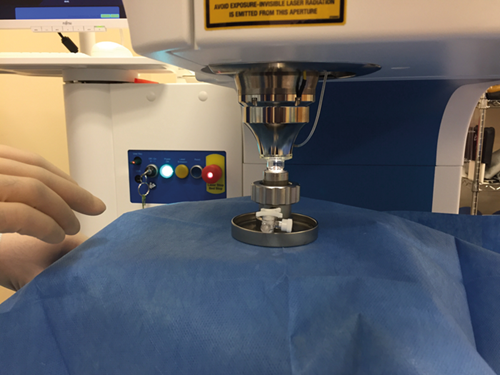 The femtosecond laser offers a wide range of applications in ophthalmic surgery. It provides a standardised method of performing capsulotomy and lens fragmentation during cataract surgery, producing LASIK flaps and creating corneal incisions for both full-thickness and recently lamellar corneal grafts [7]. The Pulsion FS Laser Keratome, the first FDA-approved femtosecond laser model, was approved in 2002. Many models have been approved since, the latest being the VisuMax Femtosecond Laser in 2016 [8]. The laser’s mechanism of action involves the generation of plasma in the target tissue, which expands and cools, creating cavitation bubbles that split the tissue without affecting adjacent areas. Although it is unclear whether femtosecond laser-assisted surgery improves visual acuity outcomes in comparison to standard procedure, it does result in increased precision, accuracy and consistency of outcomes [9]. Because the laser is thought to induce prostaglandin release, further study is required to determine the relationship between laser application and inflammatory postoperative conditions [10]. It has been included here as it is developing new uses.

Optical coherence tomography angiography (OCTA) is a technique that captures images of retinal microvasculature. Approved by the FDA in 2015, the OCTA machine can provide data regarding structure, flow and volume of blood vessels in the eye [11]. This technique is unique in that it is non-invasive; it eliminates the need for intravascular fluorescent dyes. It produces multiple scans of the retina from different angles and compiles these scans into one B-scan, which provides structural information via cross-sections. Additionally, areas with increased and decreased flow rates can be identified by analysing the differences between individual scans [12]. Although OCTA imaging is unable to detect leakage, it is a highly efficient and accurate imaging technique that can aid ophthalmologists in diagnosing a wide array of retinal diseases, including age-related macular degeneration (AMD), diabetic retinopathy and vessel occlusions [13].

VisionCare’s Implantable Miniature Telescope is a prosthetic device that can improve vision in patients with bilateral end-stage AMD. The telescope is implanted into one eye, where it redirects images that would normally focus on the macula to healthier areas of the retina. As a result, central images are enlarged, thus reducing the impact of disease on central vision. The second eye remains untreated to maintain peripheral vision [14]. The device, which received FDA approval in 2014 for use in patients over the age of 65, is currently being incorporated into CentraSight, a treatment program for elderly patients suffering from advanced AMD in the United States [15]. For patients whose disease is too advanced for current treatment options, this implantable telescope is an option to try to improve visual function [16].

The Xen45 Gel Stent, along with its corresponding Xen Injector, is a treatment for patients with high intraocular pressure associated with either refractory or primary open angle glaucoma. The stent is a small, subconjunctival device that is preloaded into the injector and implanted in glaucoma patients who have not responded to previous treatment and surgery. It shunts fluid from the anterior chamber to the subconjunctival space. This device, which was approved by the FDA in 2016, it is said to be a minimally-invasive alternative to current treatment options [17,18].

The devices and techniques mentioned are just a few of the many technologies that have the ability to restore and improve vision. It is worth noting they might still require rigorous trials. The innovation inspired by current limitations is incredibly promising, and with every new invention comes a new opportunity for patients to enjoy improved quality of life.

Next time your boss asks you for the management options, mention the obvious first, and then proceed to an obscure technological advance. If they laugh you are one step away from changing our perception of when to use technology; if they don’t, it was worth a shot and commiserations from the authors.

Mr Vinod Kumar (Consultant Ophthalmologist) and the ophthalmic theatre team at the Princess of Wales Hospital, Bridgend, Wales for the photographs. 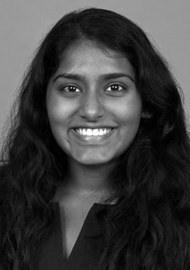