However, whilst identifying the presence of angle closure, gonioscopy can have limitations in identifying the underlying mechanism. Anterior segment optical coherence tomography (OCT) is frequently used to evaluate the anterior segment in angle closure but is unable to evaluate the ciliary body. Further valuable information can be obtained by the use of ultrasound biomicroscopy (UBM). This allows the ciliary body and other structures not generally amenable to clinical examination to be seen. In addition to aiding our understanding of the pathophysiology of angle closure, UBM can be used in supporting diagnosis and monitoring patients with the condition. UBM evaluation of the angle is carried out under photopic and scotopic conditions in order to determine the effect of dilatation and iris dynamics on the angle closure.

Several types of glaucoma may be caused by structural abnormalities of the anterior segment. The use of UBM for PAC(G) has been described by Pavlin and Foster in 1992. Further classification, popularised by Ritch, helps describe the various mechanisms responsible for PAC(G). In angle closure, obstruction may be caused by forces acting at one or more of four separate anatomical sites, each more posterior to the other.

1. The iris (most commonly pupillary block)

Pupillary block accounts for the majority of cases of primary angle closure. In pupil block, pressure builds up from behind the iris and pushes it anteriorly. UBM can be used to demonstrate that the iris assumes a convex profile due to these pressure differences and this convexity is noted over the entire iris length. Consequent to this, iridocorneal contact results, and the angle is closed (Figure 1). 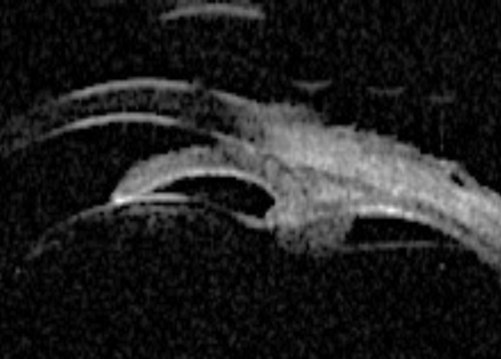 Figure 1a: Pupil block profile characterised by a convexed profile of the peripheral iris and irido lenticular contact.

The treatment of pupil block is usually laser iridotomy, which enables equalisation of pressures between the anterior and posterior chambers. Following treatment, the iris returns to a straighter configuration and the trabecular meshwork may be opened unless other mechanisms such as plateau iris are present. Repeating the UBM post iridotomy allows quantitative evaluation of the angle and iris profile, and identifies any other underlying mechanisms (Figure 1b). The identification of PAC(G) morphology is especially important if and when laser iridotomy is not successful. 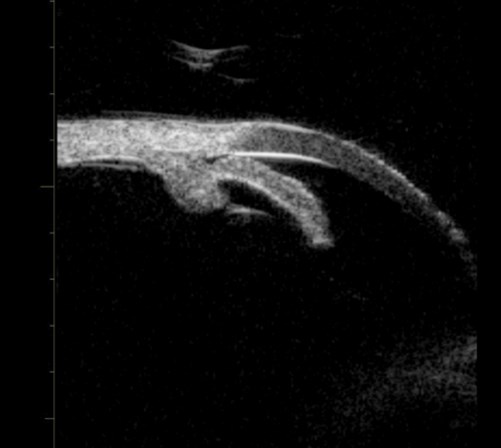 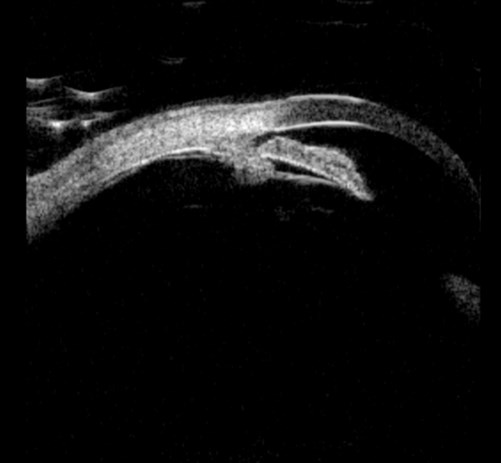 Figure 1b (top and above): Pupil block before and after peripheral iridotomy.

Plateau iris configuration is associated with an abnormally short iris root, which is anteriorly inserted in the ciliary body and pushes the iris against the trabecular meshwork. Typically the angle becomes steeply rising, and irido trabecular contact occurs particularly in the dark. Centrally, the anterior chamber appears deep and the iris profile is flat. Plateau iris occurs with a deep central anterior chamber and an occludable angle on gonioscopy. Plateau iris syndrome may be diagnosed following a laser iridotomy, where the pressure remains high even though the peripheral iridotomy (PI) has eliminated the relative pupillary block. 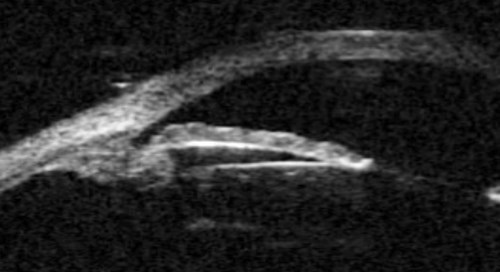 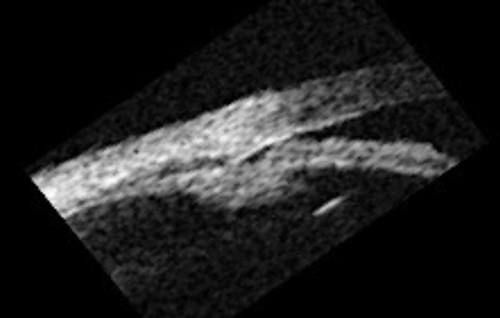 The diagnosis of plateau iris can be made by UBM and is characterised by: an angular iris root which is steeply rising combined with a flat iris plane and anterior rotation of the ciliary body (or processes). Indeed, UBM has indicated that plateau iris is more common than previously thought, and occurs in at least 50% of PAC(G) cases. UBM has been shown to identify patients with intermittent angle closure previously diagnosed as open angle glaucoma.

Pseudoplateau iris syndrome may result from irido-ciliary cysts, which can be identified by UBM.

The treatment of plateau iris can include laser iridotomy or pilocarpine can also be used to pull iris away from the angle if further closure is seen. Cataract surgery with or without endocyclophotocoagulation can be used to treat the condition, though ultimately a trabeculectomy may be required.

The treatment of plateau Iris can include laser iridotomy to relieve the “pupil blocking” component however laser iridoplasty or pilocarpine can also be used to pull the iris away from the angle if further angle closure is seen. Cataract surgery with or without endocyclophotocoagulation can be used to treat the condition though ultimately a trabeculectomy maybe required.

A large or anteriorly subluxated lens, especially in a small eye, may result in phacomorphic angle closure. The lens pushes the iris forward resulting in angle closure and obstruction of the trabecular meshwork. (Figure 3). Lens swelling may result from an intumescent cataract, traumatic injury or simply an age related thickening of the lens in small eyes. In such cases, cataract surgery is usually required. UBM may be used to visualise the lens size and position and to evaluate the iris configuration (Figure 3b). 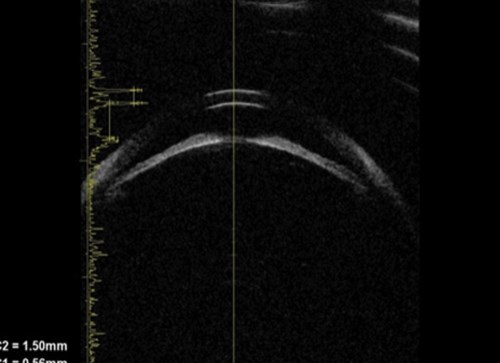 Figure 3a: Phacomorphic glaucoma. Axial image of anterior segment.
This shows that the anterior chamber is shallow and the iris has a markedly elevated lens vault
caused by a thickened and anteriorly positioned lens. The iris has significant irido lenticular contact. 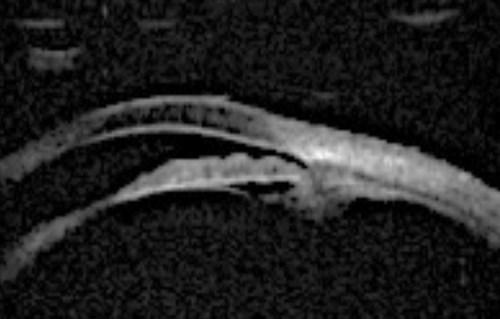 Figure 3b: Phacomorphic glaucoma. Lenticular profile where the iris follows the shape of the anterior surface of the lens.

Elevation of the lens vault (height of the anterior lens capsule above the sulcus plane) greater than 600 microns is an indication of a potential phacomorphic mechanism. A lens thickness to axial length ratio of >20% is also a risk factor for phacomorphic angle closure, and therefore A or B scan axial length measurements are recommended, as well as UBM in assessing angle closure cases.

4. Forces posterior to the lens

An example of this may be malignant glaucoma, or aqueous misdirection, where posteriorly facing ciliary body result in an abnormal flow of aqueous in the eye and high pressure in the posterior segment resulting in forward displacement of the lens-iris diaphragm and angle closure (Figure 4). 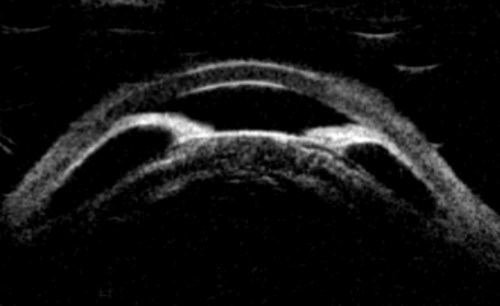 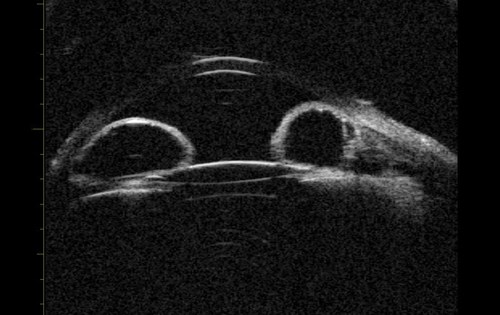 It can be observed that UBM offers additional diagnostic information, which can be highly valuable in the diagnosis, management and follow-up of patients with angle closure. UBM often identifies multiple mechanisms in angle closure, including combinations of pupil block, plateau iris and phacomorphic mechanisms. There are many physiological theories exploring the role of the iris, lens and choroid which have been postulated by Quigley that have not been discussed in this article. Dynamic iris changes during dark adaptation can also be observed, particularly in individuals with thick irides, commonly seen in South Asian and Afro Caribbean patients (Figure 5). Using modern UBM equipment the need for a water bath is removed and therefore UBM examinations are quick to perform and are not technically demanding. 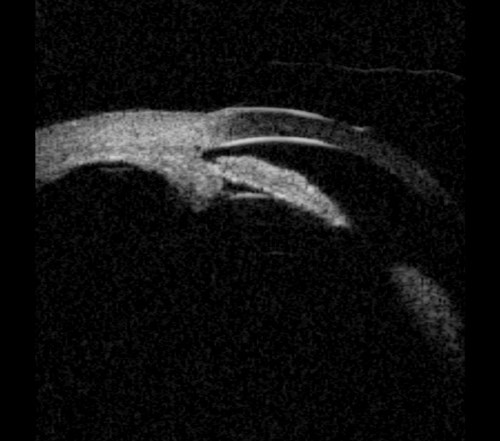 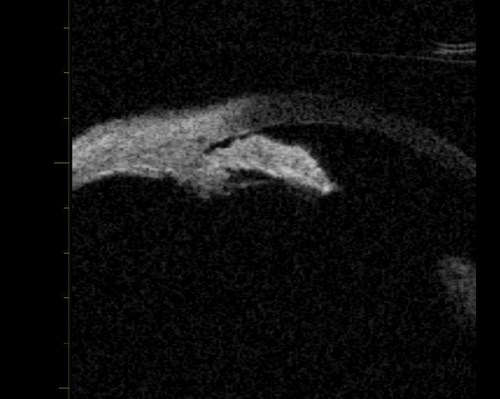 See Part 1 for more on this topic.