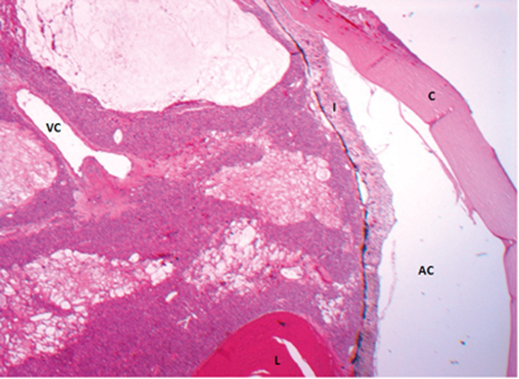 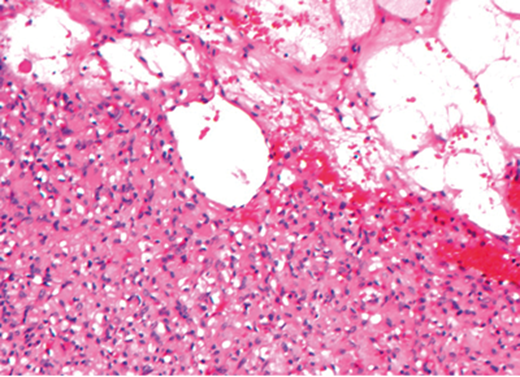 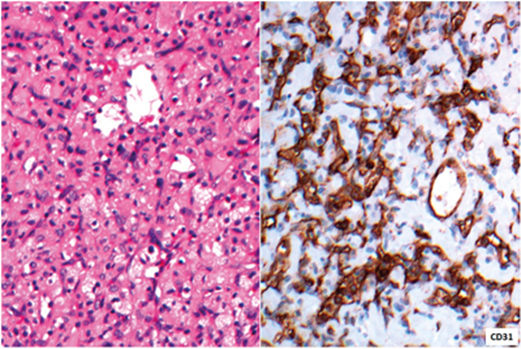 1. Figure 1 shows a solid-cystic mass filling up the vitreous cavity, encircling the lens and being adherent to the posterior surface of the iris. Figure 2: Interface between solid and ‘cystic’ component which actually represents vascular channels. Note intervening red blood cells throughout. Figure 3: Left image shows a well vascularised solid area including cells with abundant foamy and eosinophilic cytoplasm. On the right, immunohistochemistry for CD31 highlights endothelial framework in this rich vascular tumour.
2. Retinal haemangioblastoma.
3. The occurrence of retinal haemangioblastoma, pheochromocytoma and investigation for renal cysts indicates von Hippel-Lindau syndrome.
4. She most likely has a mutation on the VHL gene. The information of renal tumour in her family suggests inherited mutation. Genetic / medical screening in any sibling and children that the patient may have is essential. The patient also needs to be under close follow-up due to the risk of further neoplasia development on her only eye or other organs.