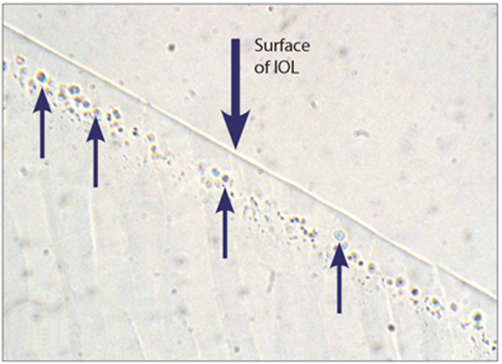 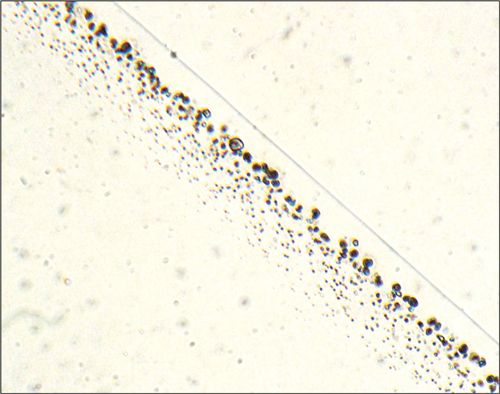 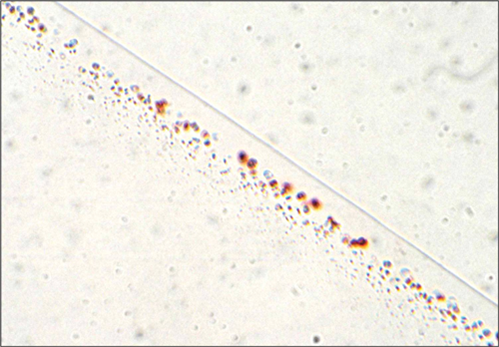 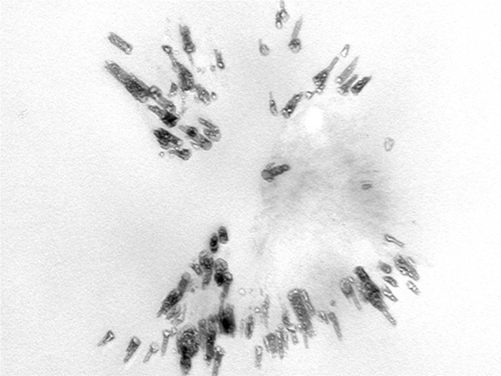 2. The specimen was processed in a conventional manner to paraffin wax and conventional sections cut on a microtome.

3. Figure 1 gives the impression of a sub-surface band of ‘cysts’ (blue arrows) within the optic. These ‘cysts’ are not cysts but comprise phosphate (Von Kossa Figure 2) and calcium (Alizarin red Figure 3).

4. The cause of the opacification is the deposition of calcium phosphate containing hydroxyapatite crystals within the IOL material – this is beautifully seen in Figure 4 (transmission electron microscopic image), which shows a spoke-like configuration of needle type crystals, centred around altered IOL material. No crystals were found in the haptics.

5. The causes of IOL opacification can be found in an excellent review: ‘Post cataract-IOL surgery opacifcation’ (Trivedi RH, et al. Eye 2002;16:217-41). In this review the authors provide the following classification scheme:

1. (A) Anterior capsule opacification (ACO), (B) Silicone oil adherence to IOLs.
(2) On (surface changes on the optical component of IOLs). Calcification on the surface of the Bausch & Lomb Hydroview® IOL.
(3) Within (alteration inside the IOL optic);
(A) Degeneration of ultraviolet absorber material and calcium deposits within the optic of a hydrophilic IOL (manufactured by Medical Developmental Research)
(B) Glistening of the AcrySof® IOL
(C) ‘Snowflake’ or ‘crystalline’ alteration of poly(methyl methacrylate) (PMMA) IOL optic: a syndrome caused by an unexpected late biodegradation of PMMA.
(4) Between (opacification between ‘piggyback’ IOLs). Interlenticular opacification (ILO) of ‘piggyback’ IOLs.
(5) Behind (posterior). Posterior capsule opacification (PCO). 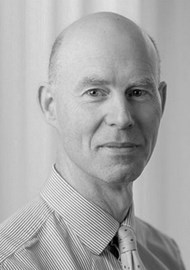