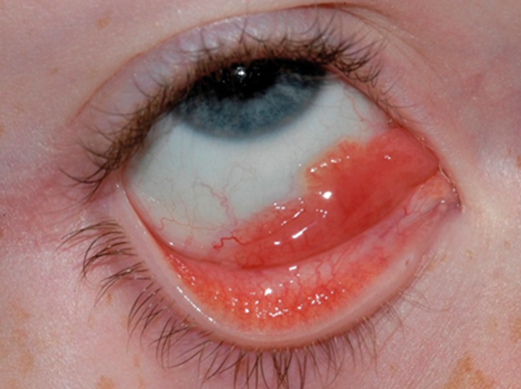 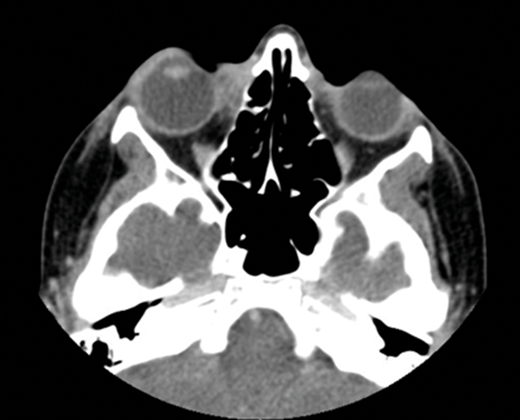 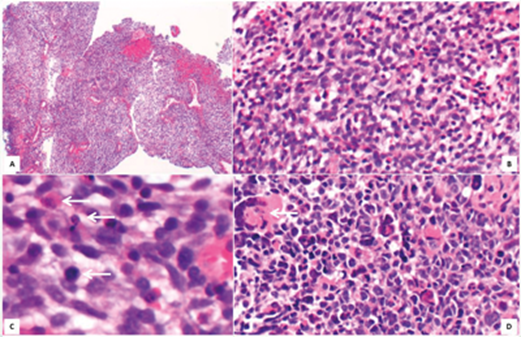 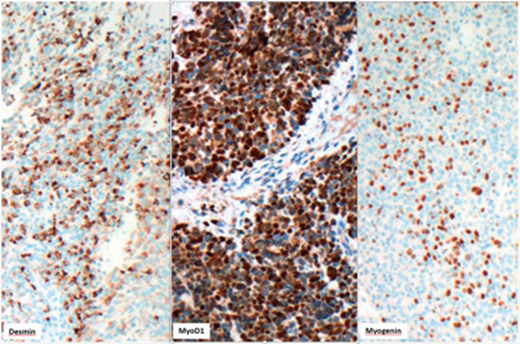 1. The slight papillomatous architecture of the lesion resembles a conjunctival papilloma. However, a lymphoid lesion including lymphoma should be excluded given its arguably salmon patch appearance. Although presentation was not typical, a rhabdomyosarcoma should also be excluded given the short clinical history.
2. At low magnification this tumour seems to be one of so-called small blue cell tumours characterised by primitive small round to spindle cells. Arrows in C show mitotic figures. The arrow in D points to tumour cell multinucleation.
3. Rhabdomyosarcoma, possibly embryonal type. Favourable prognostic factors are age (between one and nine years), botryoid variant, orbital and paratesticular location and absence of metastatic disease at the time of resection. Anaplasia is a negative prognostic factor.
4. Systemic work up for staging and molecular genetics to look for translocations involving FKHR and PAX3 or PAX7 genes. Several other genes can also be implicated, such as MYCN, MDM2, CDK4, IGF2, ATR, PTCH, TP53, CDKN2A and CDKN2b.