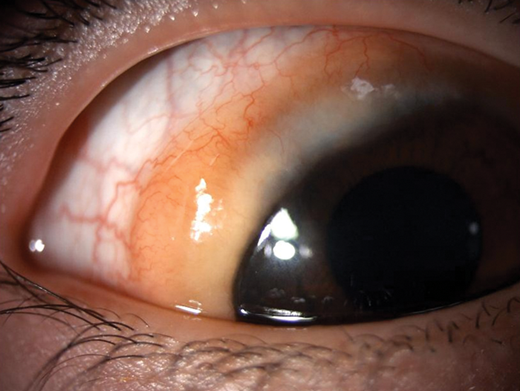 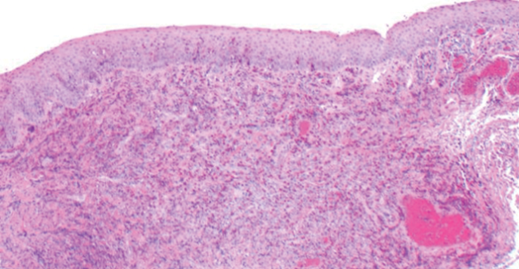 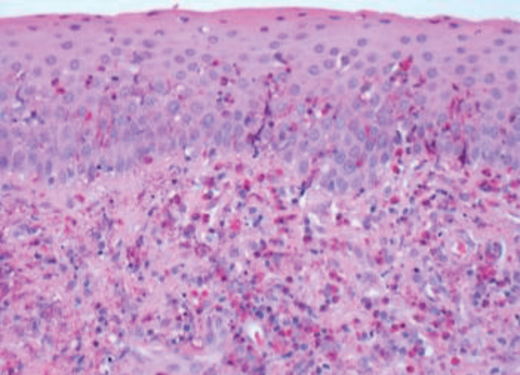 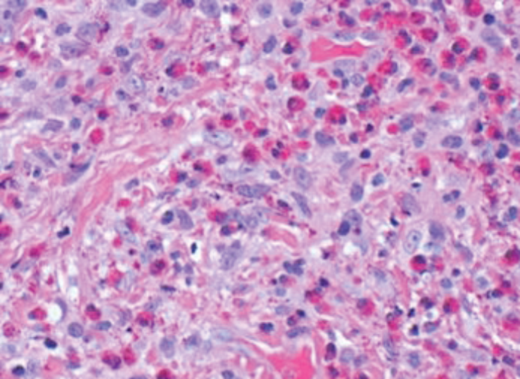 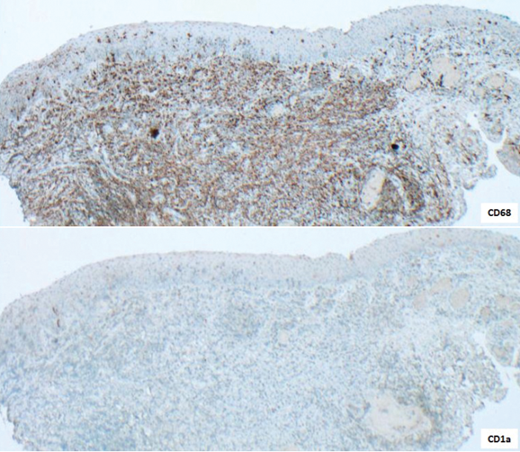 1. In view of history of atopia and previous VKC, the possibility of reactivation of unusual VKC should be considered. However, the fleshy salmon coloured presentation could also indicate a reactive or neoplastic lymphoproliferative disorder. A rapid growing rhabdomyosarcoma would also be included in the differential diagnosis. Therefore a biopsy was required to exclude malignancy. 2. The biopsy shows limbal conjunctival epithelium being replaced by squamous metaplasia, especially observed at the bottom left insert. In addition, there is widespread inflammatory process including histiocytes and plentiful eosinophils (bottom right insert). Eosinophils also infiltrate the epithelium. There is no lymphocytic proliferation.
3. The brown staining in the top image highlights CD68 positive histiocytes. These are, however, CD1a negative, which would make the possibility of Langerhans cell histiocytosis unlikely.
4. A negative S100 in addition to CD1a result would support the unlikelihood of Langerhans cell histiocytosis. Morphologically, both lymphoma and rhabdomyosarcoma are also unlikely. Negative lymphoid (e.g. CD3 and CD20) and muscle (e.g. desmin and myoD1) markers would support this. 5. Vernal keratoconjunctivitis.