A 29-year-old woman presented to the emergency department with a two week history of floaters and patchy peripheral visual field loss in the left eye (LE). She had no relevant medical history and she was not on any current medication. On ocular examination, visual acuity (VA) was 6/6 in both eyes (BE). Anterior segment and intraocular pressure were normal. Right eye (RE) fundal examination was unremarkable and LE fundal images are shown in Figures 1a and 1b, as well as the corresponding LE fluorescein angiography (FA) on Figure 2. Some weeks later she started to notice similar symptoms in her RE but VA remained unaffected. Funduscopy and FA images are shown in Figure 3.

Figure 1a: LE funduscopy at presentation.

Figure 1b: LE fundus on closer examination of branch retinal arteries nasal to the optic disk.

Figure 3: RE funduscopy and corresponding FA at the moment of the RE starting to be symptomatic.

1. Figures 1a and 1b show signs of retinal occlusive microangiopathy with areas of branch retinal artery and arteriolar occlusion. Note the accompanying areas of retinal ischaemic oedema. Figure 4 shows silver-wiring signs on a major arteriole. This is a late common vascular feature after complete vascular shutdown.

2. In Figure 2 note the delay of fluorescein filling in some of the branch retinal arteries and how the late phases reveal segmented hyperfluorescence as well as complete shutdown of peripheral arterioles especially in the temporal region. In Figure 3 note the caliber narrowing of some of the branch retinal arteries and arterioles on the fundal picture and how the FA show areas of patchy vessel hyperfluorescence not seen on funduscopy.

3. Susac syndrome is a rare autoimmune microangiopathy affecting the central nervous system, retina and inner ear, leading to the triad encephalopathy, branch retinal artery occlusions and neurosensorial hearing loss. It mainly affects young women. The concurrence of both branch artery occlusion and segmented vasculopathy with classical segmented arteriolar hyperfluorescence on the FA should always lead Susac syndrome to be considered in the differential diagnosis. Despite not reporting any systemic sign an interdisciplinary approach including neurologists, otorhinolaryngologists (ORL) and ophthalmologists is mandatory to establish a definite diagnosis as well as an accurate monitoring, most importantly in cases as the one presented where not all the criteria of the triad are present initially. Our patient showed punched out lesions of the central fibres of the corpus callosum on the magnetic resonance imaging (MRI), which is a typical feature of the condition and helped to establish a definite diagnosis. Leptomeningeal enhancement and deep gray matter lesions may also be seen in Susac’s patients. Nevertheless, ORL examination did not show any abnormalities.

4. It usually requires treatment with oral steroids in combination with immunosuppressive agents with successful response in the majority of patients. In addition, an antiplatelet agent should be considered. Plasma exchange, intravenous immunoglobulin and some biological agents have also proved to be effective in the management. Our patient initially was commenced on treatment with an antiplatelet agent as well as intravenous pulse of methylprednisolone and a high dose of oral steroids, but rapidly Micofenollate mophetil was introduced as a steroid sparing agent. She was eventually treated with rituximab infusions with favourable response. Significant clinical improvement was observed with substantial visual field recovery, as well as clear reduction of inflammatory activity on FA imaging, with, however, some residual small areas of non-perfusion on the temporal periphery of both eyes. 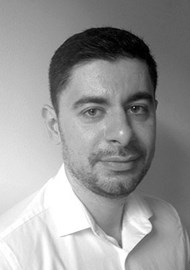