Choroidal folds are undulations of the choroid, Bruch’s membrane and pigment epithelium, with wrinkling of the overlying retina. They may be idiopathic but can also be caused by a number of different conditions.

A 60-year-old male patient was referred by his optician as he had noted a “wrinkled appearance of the right superotemporal retina.” The patient had not experienced any ocular or visual symptoms. He had no significant past ocular or medical history and was not on any systemic medication.

His refractive error was +8.50D Sp in the right and +6.00D Sp in the left. His best corrected vision was logMAR 0.60 in the right eye and logMAR 0.00 in the left. There was no proptosis or lid retraction. Ocular movements were full with no diplopia in any position of gaze. Anterior segment examination was normal. Dilated fundoscopy showed choroidal folds in the right retina (Figure 1). 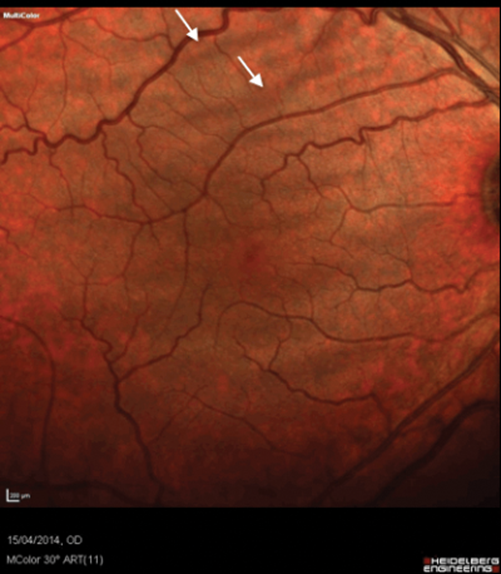 Figure 1: Colour photograph of the patient’s right eye.
Arrows indicate chorioretinal folds in the supra-temporal region of the fundus.

The left retina was normal. A fundus fluorescein angiogram (FFA) showed the characteristic alternating black and white striae (Figure 2a). The optical coherence tomography (OCT) scan showed undulations in all the layers of the retina (Figure 2b). A MRI scan of the orbit and thyroid function tests were reported as normal. 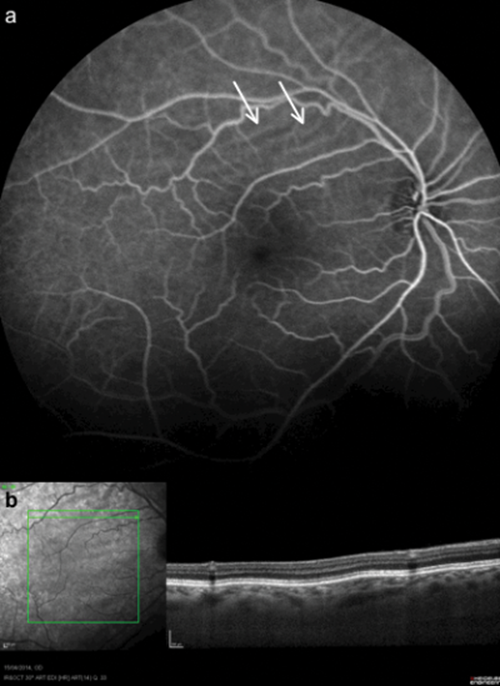 Figure 2a: Fundus fluorescein angiogram showing characteristic alternating black and white striae.
Figure 2b: OCT scan showing undulations in all the layers of the retina.

Choroidal folds are a manifestation of bio-mechanical stresses within the choroid, rather than a sign of a particular disease [1,2]. These stresses can be caused by a thickened choroid or the globe being flattened posteriorly by scleral compression or scleral thickening. The aetiology of choroidal folds is thought to be associated with a combination of an anatomical attachment of Bruch’s membrane to the underlying choriocapillaris and congestion of the choriocapillaris [3].

Symptoms of choroidal folds depend on the degree of folding of the overlying retina and its effect on the fovea, causing metamorphopsia and reduced vision. Induced hypermetropia may be seen with axial flattening of the globe.

The folds are frequently found near the macula and surrounding the optic nerve. Different orientations may be seen which include horizontal, vertical, oblique or stellate patterns. A number of differing patterns may be seen within the same eye. The larger the folds, the longer they have been present [3].

Choroidal tumours, which grow to compress the adjacent choroid, such as choroidal melanomas, haemangiomas and choroidal metastatic deposits may cause choroidal folds. These folds are generally seen at the edge of the tumour [3].

Intraconal orbital tumours such as cavernous hemangiomas, metastatic neoplasms and optic nerve meningiomas, can press on the globe producing exophthalmos, flattening of the globe and shifting of the refractive error towards hyperopia [4]. These tumours may displace the optic nerve to one side inducing stresses within the globe at the disc resulting in a fold pattern with the nerve head located among the fold [4].

Extraconal tumours may press on the sclera and give rise to choroidal folds. Tumours commonly associated with choroidal folds include mucoceles, dermoids, lacrimal gland tumours and orbital meningiomas [5].

Inflammation and thickening of the sclera seen in thyroid eye disease, inflammatory pseudotumour of the orbit and rheumatoid posterior scleritis may also cause choroidal folds [6].

Idiopathic choroidal folds, as in this case, where all investigations were negative, are frequently seen as an incidental finding predominantly in male hyperopic patients. Although they are usually bilateral they may be confined to one eye [6]. 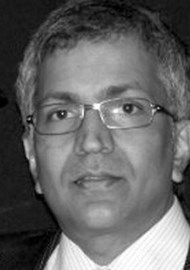