Doctor in the House
By Peter Cackett

These are the famous lines uttered by Chief Surgeon Sir Lancelot Spratt (James Robertson Justice) and Medical Student Simon Sparrow (Dirk Bogarde) on a pre-op ward round at the fictional St Swithin’s Hospital, London in the 1954 film Doctor in the House. Even though this movie predates my entry to a London medical school by a mere 35 years, the teaching experience and ward rounds epitomised in the movie draw very similar parallels to those experienced by myself as a student.

At the introductory talk to my first general surgery rotation at St Thomas’ Hospital, the senior registrar (SR) sowed the seeds of ‘Sir Lancelot Spratt’ type fear which were to become all pervasive over the next 12 weeks. “What you all need to remember,” the SR stated, “is that the professor is God, and I am his representative here on Earth”. Despite the delusions clearly displayed by the SR, a couple of days later my anxieties regarding what was in store for me were confirmed. “Are you bored Cackett?” the professor of surgery enquired of me squinting at my name badge, as I stood in a line of a dozen students whilst he examined a patient’s lower limb arterial perfusion. “Er, no…” I said falteringly, trying to disguise a sudden wave of nausea from being put on the spot. “Well take your hands out of your pockets then!” he barked at me. Oh, the humiliation.

I had previously learnt on one of my first clinical ward rounds in respiratory medicine in 1992 that humour was best avoided with the consultants. “Can you tell me how you would manage a patient who has inhaled a peanut?” the respiratory consultant asked our group of medical students on the post-take ward round. “Well, if you pour chocolate down, it would come out a Treet,” I quickly replied before anyone could beat me to the punchline (for Gen-Zers, the sweet brand Treet was the former name for peanut M&Ms). One of my fellow students on the firm tried to stifle his laughter and the consultant stared at me with a combination of anger and pity. The respiratory firm did not continue well thereafter. “Do you know what shifting dullness is?” the consultant enquired of our student group. “Well, when you suspect there is ascites in a patient’s abdomen, you percuss the flank….” one of the brighter students attempted to reply. “Wrong!” the consultant interrupted “It’s you lot!”

At one point the consultant asked me to palpate the liver in a patient with bronchiectasis. I should have recognised this was an unusual request given that the most likely signs that a patient with bronchiectasis would have would be respiratory. “Er, I can’t feel anything,” I eventually floundered after about a minute of futile prodding of the patient’s right hypochondriac region and looking confused at my fellow students. “That’s because you are palpating the wrong side! The patient has bronchiectasis secondary to Kartagener’s syndrome and therefore with situs inversus totalis and non-functioning cilia his liver is on the left-hand side,” the consultant exclaimed triumphantly. That wasn’t fair and a bit humiliating I thought, but I quickly learnt that teaching by humiliation and a lack of fairness would be common themes during my time being taught clinical medicine. At the end of the respiratory firm assessment he gave me a meagre CCC sign up and advised me that it would probably be best not to pursue a career as a doctor.

We were instructed as students at an early stage during the clinical years that our education would be very much self-directed and would require a great deal of self-motivation. What we would get out of the clinical years would depend on what we put in. “Your best teachers spend all day in bed,” one consultant informed us at the end of a long ward round. Initially I thought that this was meant to be motivational, and he meant that those most successful in medicine would have the cushiest jobs and be able to spend their days lounging around in bed playing Super Marioworld on the Nintendo console or watching TV repeats of Quincy (a US crime solving forensic pathologist and therefore marginally educational for me during the clinical years). The penny dropped quite quickly though that he meant the patients were the best teachers.

Whilst I took this advice and spent plenty of time on the wards clerking and examining patients, there was a lack of guidance from the consultants and interactions with them were on the whole like those described above. Therefore, I cannot really describe my time as a medical student as the ‘Halcyon days’ they are meant to be. There were definitely good moments, and I made many lasting friendships but unfortunately the majority of my clinical education left me feeling apprehensive that I had made the correct career choice and despite my slightly laissez-faire attitude to life in my early 20s, I do hold the consultants’ teaching style partially responsible.

The turning point for me I believe was on my final year medical student elective. As a result of a serendipitous moment browsing a file of potential elective options in St Thomas’ library, at the start of my final year I spent 10 weeks in Adelaide, South Australia under the guidance of an amiable A&E consultant who was also in charge of the South Australian Ambulance Service. He was a breath of fresh air and most importantly he had confidence in me. He arranged for me to become involved in many activities including assisting with the trauma extrication teams at the final Adelaide Grand Prix in 1994 (which involved a controversial collision between Damon Hill and Michael Schumacher) and helping with the Outback medevac of patients with the Royal Flying Doctor Service across South Australia. Being flown around in tiny planes by ex-Australian RAF pilots keen to show off their flying skills did not exactly make me lose my fear of flying and potential death in a plane crash. Over a decade as an NHS consultant has done that. 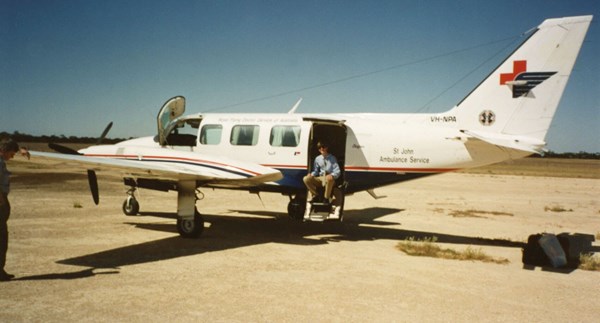 Leaving such an enjoyable elective along with a balmy Australian summer and returning to a very cold and icy UK just before Christmas 1994, I still had a sense of euphoria, since for the first time I at last felt that I had a sense of worth as a medical student and almost certainly was on the correct career path. Following my elective experience, I resolved that if I was ever in a position of teaching medical students in the future, I would endeavour to give them a similar positive experience and try and instil a sense of confidence in them.

Occasionally I feel like I would like to try and find the consultant from my first medical firm who told me I would not make it as a doctor and tell him not to write anyone off. However, I tell myself that I should let it go and move on, with the thought that maybe his comments acted to spur me on. Although I have never fully subscribed to Nietzsche’s aphorism “what doesn’t kill you makes you stronger” and would prefer to miss out on what almost killed me and risk the not making me stronger as a result.

But “That Was Then, This Is Now” as The Monkees cheerfully sang in 1986 and fast forward 25 years and I now find myself, much to my amazement, in charge of the medical student Undergraduate Ophthalmology teaching module in Edinburgh, writing the syllabus, preparing the lectures and setting and examining the MCQs and OSCEs. I look around me slightly unbelieving that I have reached this position, similar to the street hustler Billy Ray Valentine (Eddie Murphy) in the movie Trading Places (1983) when he is told that he has been made managing director of Duke and Duke Commodity Brokers. I like to think I have kept true to my word in my approach to teaching the students and, although their rotation through ophthalmology is a very brief one week, that they take away some sense of positivity that I felt during my elective experience.

Even with my approach to teaching aside, medical student education to my mind does appear to have undergone profound changes over the past 25 years since I qualified. However, my thoughts and experiences from being a clinical educator will have to wait until the next instalment of Pete’s Bogus Journey.

On my first day at medical school in September 1989 when I was trying to find my halls of residence accommodation, I met Simon, a fourth year, who had moved from Oxford to London for his three years of clinical medicine. On meeting Simon, I discovered not only had he written the successful computer game American Football Head Coach (1986) for the ZX Spectrum which catapulted him into the higher echelons of hero worship for me, but he also had a shared love of the game Subbuteo, and our friendship was forged.

Things, however, could have worked out differently for me, if I had experienced a similar chance encounter as Simon Sparrow at the start of the movie Doctor in the House. I often wish I had received the following advice after I have had a particularly bad day at work with overbooked clinics and difficult patients. Simon Sparrow is similarly lost on his first day at medical school and approaches a smartly dressed old man:

“Excuse me, I’m a new medical student,” Simon addresses the old man.
“Are you, now? Well, I’m a very old doctor,” the man replies.
“I was wondering where I should go,” Simon asks.
“Take my advice – straight into another profession,” the doctor replies.

I didn’t get this advice; I got a Subbuteo partner instead. 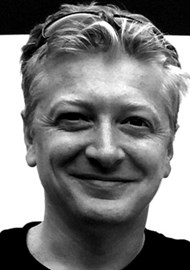