A round-up of the eye-related hot topics that have been trending over the last few weeks.

Steve Verze of London has required a prosthetic eye for over 20 years. On 25 November 2021, he became the first individual worldwide to be fitted with a digitally printed eye for use as a sole prosthetic. Traditional eye prostheses are made by trained ocularists. The process involves creating moulds of the eye socket by injecting dental alginate and hand painting details. Patients currently face up to 24 weeks for their eye prosthesis. With new technology incorporating digital printing, scans of the eye socket are produced digitally. Although the digitally printed eye is finished and polished by an ocularist, digital printing boasts the benefits of faster production, greater depth to pupil and eschews the requirement for taking invasive moulds of the eye. The technology is currently being principally investigated by Consultant Opthalmologist Professor Mandeep Sagoo of Moorfields Eye Hospital. Professor Sagoo has received a research grant from Moorfields Eye Charity to produce a clinical trial comparing traditional eye prostheses with digitally printed eye prostheses [1,2].

The Food & Drug Administration (FDA) approved the use of Vuity (Pilocarpine HCL 1.25%) eye drops for the treatment of presbyopia in patients aged 40-55 years of age in October 2021. Pilocarpine works by causing pupillary constriction. Although pilocarpine has been in use as a glaucoma medication, the claim is that Vuity is novel because of the concentration and HCL dispersing film. By causing pupillary constriction, patients are able to focus on nearer distances without using reading glasses. The company boasts 10-hour relief of presbyopia without detriment to distance vision or peripheral vision. However, the results have not yet been published in a peer-reviewed journal, though they were presented at the 2021 annual meeting of the American Society of Cataract and Refractive Surgery. Unsurprisingly, the drops are not recommended for use in low light or at night, thus ruling out their use for the majority of British winter [3, 4].

An observational cohort study of 3038 participants has concluded that cataract extraction is associated with a significantly reduced risk of dementia compared with untreated cataracts. Researchers from the University of Washington analysed data from the ‘Adult Changes in Thought’ study, an ongoing, population-based cohort of randomly selected, cognitively normal members of Kaiser Permanente Washington. There were 3038 participants with a diagnosis of cataracts at the start of the study or that had developed during the trial period. After adjusting for multiple cofounders such as race, smoking and sex, the study concluded that cataract extraction was associated with a lower risk of developing dementia (HR, 0.71; 95% CI, 0.62- 0.83; P<0.001). The study also concluded that cataract extraction within the first five years of diagnosis was associated with a further reduced risk of dementia development (HR, 0.68; 95% CI, 0.56-0.81; P<0.001) than extraction after five years (HR, 0.76; 95% CI, 0.63-0.92; P=0.02). The researchers theorise that factors including lack of external visual stimuli, social isolation and reduction in activity and exercise, contributes to cognitive decline [5].

Many British people require eyeglasses for driving. However, nearly half of Britons are unaware that without wearing prescribed eyeglasses whilst driving, they are driving illegally. Reasons individuals do not wear their glasses include forgetfulness (36%), discomfort (20%), and denial (14%). In a new campaign by the College of Optometrists, a number of images were released depicting simulated driving conditions if the driver was afflicted with various eye diseases including age-related macular degeneration, glaucoma, cataracts, presbyopia and myopia. The images would also be useful in demonstrating to patients and carers the adverse impact of various eye diseases. The campaign can be found on Instagram @collegeofoptometrists or on Twitter @CollegeOptomUK under the hashtags #RoadSafety and #WeAreOptometry [6].

In a trendy beauty hack, Tiktokers have been showing videos of dark undereye circles vanishing after an application of used banana peels. The application methods vary, but commonly include applying a cut banana peel under the eye, scraping the pulp from within the peel and applying to the skin, and mixing the pulp with other ingredients such as aloe vera gel. The social media influencers claim that acids present within banana peel will diminish dark under eye circles. Independent testers unsurprisingly found no change to their dark circles despite repeated banana peel application [9,10]. 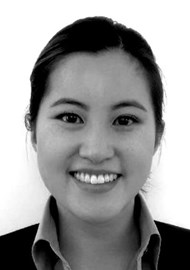