A round-up of the eye-related hot topics that have been trending on social media over the last few weeks.

US company Nanoscope Therapeutics has developed a new treatment which is hoped will restore vision in those affected by retinal diseases such as age-related macular degeneration and retinitis pigmentosa.

Initially a harmless virus would be modified to contain a human gene, which when injected into the vitreous would promote the production of the light-sensing protein, MCO1 opsin. When attached to intact retinal bipolar cells, these can take over the function of damaged photoreceptors, allowing for visual perception through a sort of neuroplasticity.

The treatment would be via a single intravitreal injection and has been shown to produce a visual response in laboratory mice with previously no light perception [1].

It has been announced that both Roche and Novartis have been hit with substantial fines for their parts in alleged anti-competitive practices regarding their anti-VEGF products, Lucentis and Avastin.

Competition authorities in France have handed fines of €385 million and €60 million to Novartis and Roche respectively. The fines have been given because the companies disseminated misleading information about Avastin so as to favour their much more expensive and profitable drug, Lucentis.

As Avastin is a far cheaper option than Lucentis, whilst still being of significant clinical benefit to patients, many ophthalmologists have been preferring it due to lower costs. This has meant Lucentis has been used less often, hitting the companies’ profits, leading to the misinformation issues and subsequent fines [2].

The University of Sheffield’s Collaboratorium for Antimicrobial Resistance and Biofilms (SCARAB) has developed a new laboratory model to test treatments for preventing and curing eye infections caused by fungi, viruses and bacteria. The breakthrough will allow for the development of novel alternatives to antibiotics, so as to reduce the emergence of antibiotic-resistant superbugs.

Using the ex-vivo porcine eye model (waste pig eyes from the food industry), researchers are able to mimic eye infections in humans to help better understand the pathophysiology and target treatments against the causative organisms.

This could also eventually phase out the cruel and expensive practice of animal testing by using unwanted parts from the food industry so animals are no longer bred for this purpose [3].

The BBC series Who Do You Think You Are? recently featured TV personality and comedian David Walliams. During the episode he found out that his great great-grandfather had surgery to remove a posterior polar cataract in 1884. Unfortunately, the surgery did not go well and he subsequently had an enucleation. Whether this was due to complications of the initial surgery or to a surgically-associated infection given that antibiotics were yet to be discovered, the programme did not make clear [4] but reminds us just how much healthcare has improved and how much better surgical outcomes, whether ophthalmological or not, are today. The improvements in surgical techniques, knowledge and instruments, paired with preoperative, operative and perioperative care and the understanding of pathogens and their treatments mean that patients are now far safer.

A study published in the American Journal of Ophthalmology has demonstrated improved safety to the examiner provided by larger slit-lamp breath shields than those conventionally used. Breath shields with a larger perimeter offered better protection for the examiner when sprayed with a coloured dye. The dye simulated the aerosol generated by patients’ sneezes and coughs and more of it was caught by larger shields. There was also an increased interception of dye droplets when the shield was placed at the objective lens arm rather than the oculars. The study also showed increased efficacy of breath shields if they were curved towards the examiner as this directed spray away from their face [5].

This study is of far greater significance today than in previous years given the very real dangers of COVID-19 to healthcare workers due to their regular exposure to patients with a significant viral load.

The BBC News website has shared a short film about a young woman who has posted videos on social media to try and educate people about those who are visually impaired. The woman in the video has congenital cataracts and is currently on the list for her next guide dog. The video also features her visually impaired mother. The video shows ways in which the public can identify when someone with a visual impairment needs help. Holding their white cane vertically or letting go of their guide dog’s handle and placing it on the dog’s back, indicates that the visually impaired person is in need of assistance [6].

I was not aware of these signals and I found the video to be really informative.

COVID-19 sniffer dogs in Helsinki airport were found to have nearly 100% accuracy in identifying people infected with COVID-19, even while the person was asymptomatic. The whole process is completed in under a minute, and is costing less than laboratory-based testing methods. After international passengers collect their baggage, they need to dab their skin with a wipe. This wipe is placed in a beaker and placed alongside control wipes in a separate booth. The dogs literally sniff out the wipe that was used by the person with COVID-19, and indicate by yelping, pawing or lying down. This person is then advised to take a free standard COVID-19 test (PCR), to verify the dog’s assessment. It is thought that the dogs are identifying the differences in the smell of sweat of those who are infected with COVID-19.

Furthermore, the dogs are so effective because they need significantly less molecules (10-100 molecules) than needed with a standard laboratory test (18 million molecules). But not to worry, dogs do not have the receptor required for COVID-19 to infect them, and there is no evidence they can act as a vector of transmission to other people or animals. This pilot scheme in Finland is lasting four months. I look forward to the results with excitement [7]! 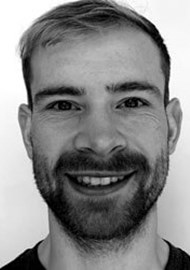