What's trending Aug/Sept 2019
A round-up of the eye-related hot topics that have been trending on social media over the last few weeks.

Who can resist a pair of puppy dog eyes? It may be that no human can! A team of researchers discovered that dogs acquired a new forehead muscle, which is scanty or absent in wolves. This muscle is the levator anguli oculi medialis (LAOM), which allows dogs to pull the ‘puppy dog eyes’ expression. The researches hypothesise that the power of this expression over humans was such that the facial change occurred over a rather fast period in evolutionary terms, and could be “directly linked to dogs’ enhanced social interaction with humans” [1]. This muscle allows dogs’ eyes to, “appear larger, more infant-like and also resembles a movement humans produce when they are sad,” and therefore elicits in humans a subconscious preference to select those dogs with this trait [2]. The full scientific article is available in the Proceeding of the National Academy of Sciences of the United States of America [3].

Madonna finally revealed the reason behind her eyepatch and there is no need to worry about her ocular health [4]. Turns out it’s all part of the latest re-invention of herself as ‘Madame X’. She revealed all on the Today Show for NBC News declaring, “She’s a spy, she’s a secret agent, she travels the world… she sleeps with one eye open” [5]. I think it’s safe to say she hasn’t been seeing an ophthalmologist. Take That singer Howard Donald has also adopted an eyepatch, but this was after being injured by a fan. It was reported that he was accidentally poked in the eye after been mobbed by a group of fans after the band left their hotel in Amsterdam [6].

Perhaps this celebrity eyepatch endorsement will encourage children being treated for amblyopia and help parents and ophthalmologist alike. However, many seeing Madonna’s eyepatch might be reminded of pirates, an accessory used to cover a lost or damaged eye. Some evidence suggests, however, that historically an eyepatch was worn to allow dark adaptation. In an article written by Charles Sheard, ‘Night Vision’ (1934), he wrote, “Wearing a patch (The pirate’s patch) over one eye…will keep the covered eye in a state of readiness and adaptation for night vision [7].” A focus article suggests parents get creative and use dressing up as pirates (and now also Madonna) to encourage patching [8].

Noah was only four-weeks-old when his mum, Ashleigh White, 21, noticed her son’s left eye was swollen and blistered so rushed him to hospital. He was quickly diagnosed with herpes simplex (HSV-1) infection around his left eye leading to admission for antiviral treatment. Noah is now nine months old and doing well despite a relapse in March this year. Ashleigh is reported to have said “I just want to make more people aware of the risks and consequences of kissing a baby, especially a newborn when you suffer cold sores.” Her story has been shared over 10,000 times on Facebook [9]. According to the World Health Organisation neonatal herpes is a rare condition occurring in an estimated 10 out of every 100,000 births worldwide [10]. Only 10% of these are thought to occur due to postnatal infection, with the majority occurring due to vertical transmission. The vulnerability of newborns to the herpes infection and the rare but tragic possibility of death has led to tabloids coining the term “kiss of death.” Some helpful advice for patients and families in prevention of neonatal herpes is available on the NHS website [11].

Mel B was reportedly rushed to Moorfields Eye Hospital after she went temporarily blind in her right eye and suffered blurred vision in her left following an episode of uveitis [12]. This postponed her get together with the other Spice Girls preparing for their UK tour ‘Spice World’. She revealed, “I’m taking multiple prescription heavy duty eye drops.” Mel B’s post on Instagram thanked the NHS and fans for their support declaring, “My only problem now is I have to find a very cool Scary eye patch. Does anyone – apart from Madonna – know where I can get one? [13].” I’m pretty sure there’s a few orthoptists and ophthalmologists out there with some funky patches – dinosaurs or princesses Mel?

In Game 4 of the NBA finals: eye (Raptors’ Fred VanVleet) versus elbow (Warriors Shaun Livingston) resulted in fans aghast at the sight of VanVleet “crying blood” [14]. Having watched the video replay, you see VanVleet go up for the rebound, and then he is down after connecting with Livingston’s elbow. For maximum dramatic effect, the camera zooms in just as the blood starts to trickle down his cheek from a lower lid, non-canalicular involving nor lid margin-involving laceration [15]. As such, he was soon back to game playing strength after receiving stiches to his laceration. Interestingly, the poor guy also lost part of his tooth [16]. It was all worth it in the end, as the Raptors went on to win the tournament! 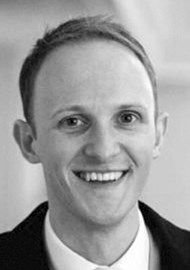