A round-up of the eye related hot topics that have been trending on social media over the last few weeks.

Justin Bieber revealed he has been afflicted by Ramsay Hunt syndrome, and thus has had to cancel several shows on his ‘Justice’ tour. Ramsay Hunt syndrome is a manifestation of shingles, representing a reactivation of the varicella zoster virus (i.e., chickenpox virus) in the facial nerve [1]. As relating to the eye, the facial nerve innervates the orbicularis oculi, and if this pathway is compromised, can result in lagophthalmos, paralytic ectropion, impaired / absent blink, and upper lid retraction [2]. The video he posted on Instagram shows the signs of his right-sided facial nerve paralysis clearly [3]. Have a look and see how many signs are elicited. Stop here if you’d like to quiz yourself first. If not, read on.

He is unable to raise his right brow, and there is lack of wrinkling of his right forehead, in-keeping with a lower motor neurone facial nerve palsy. He has lagophthalmos, but the degree is difficult to say with certainty as he doesn’t demonstrate it specifically on involuntary eyelid closure. It appears near total on involuntary eye closure with a poor Bell’s reflex. With voluntary eye closure, the lagophthalmos is reduced to about 4-5mm, and his Bell’s reflex is moderate, with an inferior sliver of cornea remaining exposed. He demonstrates a poor blink throughout the video. It is quite subtle, but there does appear to be a lower lid paralytic ectropion, more visible temporally. There is also an upper lid retraction, more obvious if you pause the video when his eyes are open. The other non-ocular signs include an inability to flare his right nostril, slight flattening of his right naso-labial fold, and an inability to smile / bare his teeth on the right side of his face.

Towards the end of the video, he mentioned he is doing “facial exercises to get [his] face back to normal”, which I presume is part of a facial rehabilitation programme [3,4].

In a recent GQ interview, Brad Pitt revealed he believes he has undiagnosed prosopagnosia [5]. Prosopagnosia, “face blindness”, is an inability to recognise peoples’ faces [6]. People with prosopagnosia may use other strategies to compensate, such as remembering how a person walks or talks or their hairstyle and clothing [6]. It can be associated with avoidance of social situations, social anxiety disorder and feelings of depression [6]. Brad Pitt disclosed he feels ashamed he can’t remember people he has met, and fears that others believe him to be remote, aloof, inaccessible, and self-absorbed [5]. He has previously disclosed his frustrations with this condition in an interview with Esquire [7], and his previous coping mechanisms which included being upfront about not being able to remember a person’s face (which backfired) and avoiding social situations altogether [7].

There are a number of unconfirmed reports alleging that Vladimir Putin, Russian president, has cancer and his health is rapidly deteriorating [8]. Recently, an unidentified Russian spy has revealed that Putin is also losing his sight, as he needs everything that he is going to say in TV appearances written in “huge letters” on paper [8]. Apparently, the size of the letters is so huge that each piece of paper can only hold a couple of sentences [8]. Any guesses on what ocular condition Putin may be suffering from?

Jennifer Doherty is an Irishwoman from County Donegal, who has been blind from birth [9]. Amazingly, she completed a trek to Everest Base Camp, with the assistance of the Donegal Centre for Independent Living’s Opportunity Fund. The group she went with was led by a mountaineer named Jason Black, and it sounds as if the rest of her group was not visually impaired [10]. She underwent training for the trek in the Blue Stack Mountains [10]. She recounted that the uneven terrain was particularly challenging to navigate both physically and mentally, and that it required complete trust with the person she was walking with [9]. On return to Ireland, she concluded that one should not let any challenges, Everest or not, stop them, and to make the most of the life one has [9].

Researchers from the National Eye Institute have identified what they believe to be a novel macular dystrophy [11]. They describe a case series of two families with early-onset diffuse maculopathy, presenting as an atypical variation of Sorsby fundus dystrophy [12]. Sorsby fundus dystrophy (SFD) is associated with pathologic variants in the TIMP3 gene, which encodes tissue inhibitor of metalloproteinases-3, secreted from the retinal pigment epithelium [12]. These families expressed variants in the TIMP3 signal peptide, but without the classic features of SFD. Instead, affected individuals from these families exhibited an earlier onset of symptoms in the second decade, without choroidal neovascularisation, which is typical of SFD [12]. 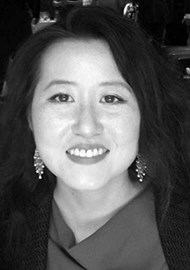