In 2017 the St John Ophthalmic Association (SOA) was established by ophthalmic practitioners across the world to support the St John of Jerusalem Eye Hospital Group. The purpose of the Association is to broaden the ophthalmic expertise available to St John and its staff. In April 2017 the SOA held its first scientific congress in Jerusalem. On 4-6 September, the SOA held its 2019 Hospital Summit, with the Prior and Hospitaller making a return visit to represent St John Scotland.

Earlier in the summer, on 2 July, the St John of Jerusalem Eye Hospital Group had been awarded the Joint Commission International (JCI) re-accreditation for quality of care and patient safety, having initially received accreditation in 2013. JCI recognition is considered the gold standard for healthcare worldwide. Accreditation will be reassessed in 2022, which coincidentally will mark the 140th anniversary of the St John Eye Hospital’s foundation. 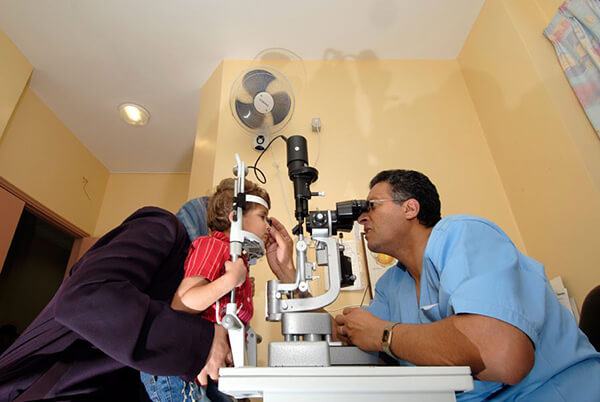 And how appropriate that in October 2016 the Holy Family Hospital, the maternity hospital in Bethlehem managed by the Order of Malta, signed an agreement with the Order of St John to enhance the provision by the St John Eye Hospital of a walk-in clinic, and mobile Old City School Screening Project, providing  primary and emergency eye care for residents and tourists in the Muristan district of Jerusalem – the location of the original twelfth-century hospital run by the Knights Hospitaller.

The ghost of the thirteenth-century oculist, Benvenutus Grassus of Jerusalem, must doubtless be murmuring his wonderment and approbation.

Against this background of ophthalmological advancements and international charitable and professional cooperation, I have been extending the stock of journal articles and books on ophthalmology in general and the St John Eye Hospital in particular. I hope that the reading list below will be of interest to ophthalmologists and optometrists, and stimulate their curiosity to learn more about one of the Order of St John’s two chief foundations.

Duncan McAra CStJ is Librarian of the Priory of Scotland of the  Most Venerable Order of the Hospital of St John of Jerusalem.