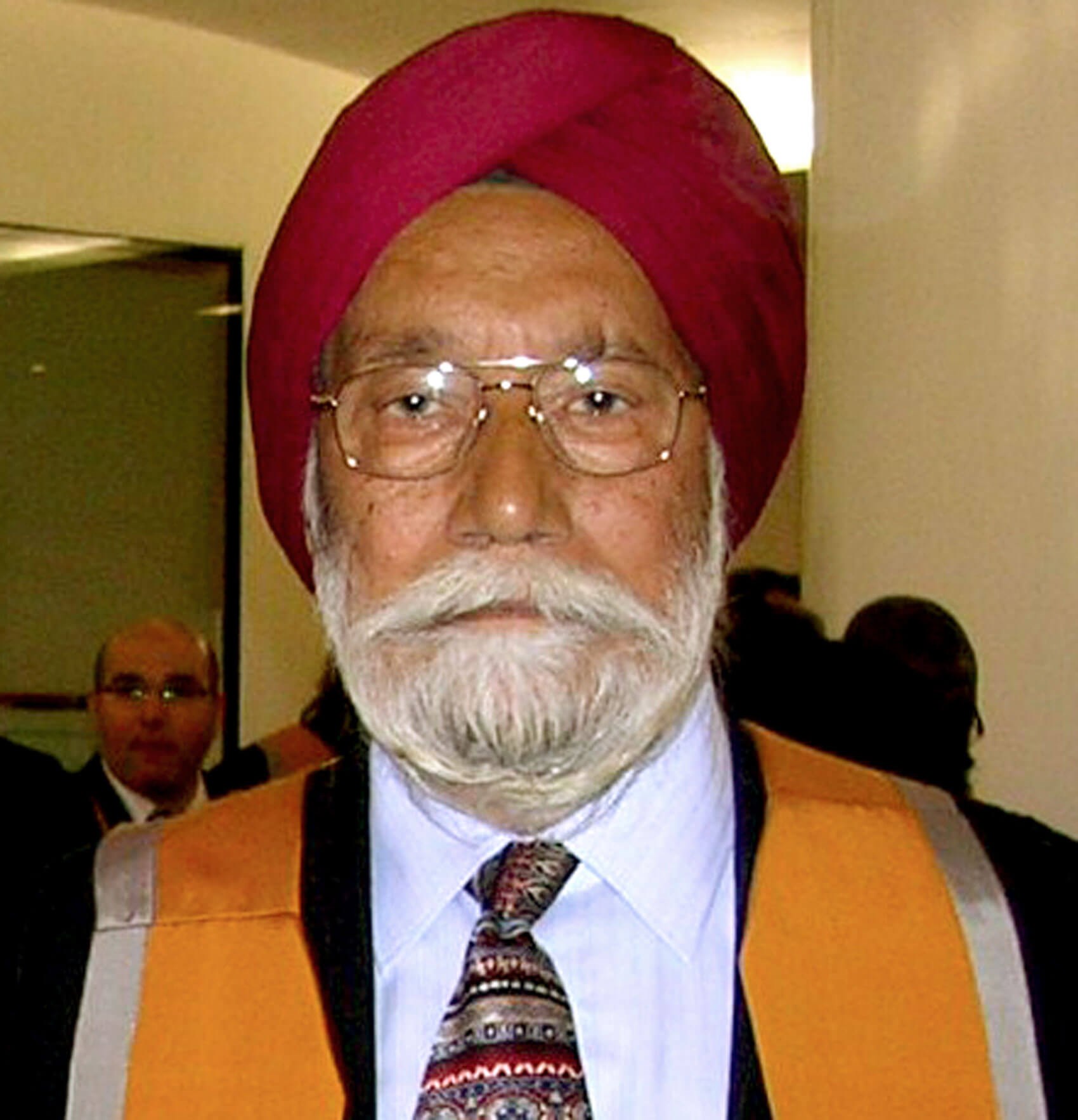 Sohan would have been 95 on 6 November this year, but due to complications of COVID-19, he passed away on 29 September.

A lot has been written about Professor Hayreh’s professional life and achievements — his medical training that started in Lahore in pre-partition India, then his move to Amritsar (India) where he completed MBBS and Masters in Surgery [1]. He subsequently worked at the Patiala Medical College (India) as house surgeon where he undertook studies on cadavers, thus famously describing the circulation of optic nerve and retina (1955).

This work would earn him a placement with Sir Duke Elder at Moorfields Eye Hospital and his evolution inro an academic ophthalmologist who became a global authority on vascular disorders of the eye – especially AION, RVO and diabetic retinopathy. His many research papers laid a foundation of further clinical research for others to follow and develop new therapeutic options for patients with these conditions.

Sohan Singh Hayreh had been a leading influence on ocular circulation when, as registrar at the Tennent Institute of Ophthalmology, I was setting out on my early research interest in giant cell temporal arteritis and blood flow assessment with CDI (USG) in the mid 1990s. Having read many of his papers, he had been one of the experts that I looked up to. My first meeting with him was when I presented our paper on CDI in AION at the Royal College of Ophthalmologists annual congress in Birmingham in 1996. He asked in-depth questions on the technique and our hypothesis at the end of my presentation, but more importantly stayed after the session to give us his advice on how to elaborate further on our understanding of ciliary artery circulation studies. 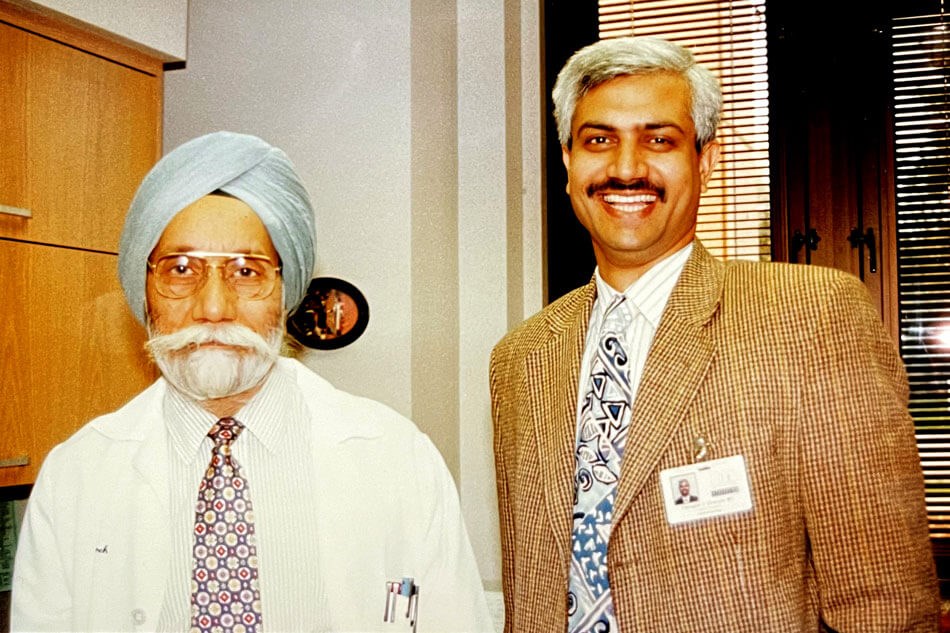 The Lachlan McNeil Scholarship of the RCPS (Glasgow) facilitated a sabbatical for me to work with Prof Hayreh in Iowa City in the Autumn of 1998. He was gracious to accept me as his visiting fellow to work alongside him in his vascular clinics at the University of Iowa Hospital. I saw his true dedication to science as well as service to his patients and his colleagues. I was impressed by his humility and discipline, knowledge, and expertise, as well as his stature which had earned him so much respect.

His research lab was very well equipped and watching him live on an experimental retinal artery occlusion study, noticing the evolution of retinal changes, had a career-long impact on me. He would introduce me to his renowned colleagues including Professor Stone and Professor Folberg, and facilitated my attending their labs too. He was a man of few words, but one could see the genuine warmth in his eyes, and in his gentle smile. He would take me to the staff cafeteria at the sprawling UIOWA hospital, and recommend sites to visit in the state and beyond. I recall especially his generous hospitality when he invited me to his house; both Sohan and his wife Shelagh were perfect hosts. Sohan, with his dry sense of humour, was a warm personality socially. This personal side has been experienced by many of his colleagues, I was lucky enough to experience many subsequent meetings, mostly outside scientific gatherings such as the AAO and ARVO congresses. I met him last in Vancouver at the ARVO congress; his bright face lighting up with a gentle smile hidden, as always, under the beard. 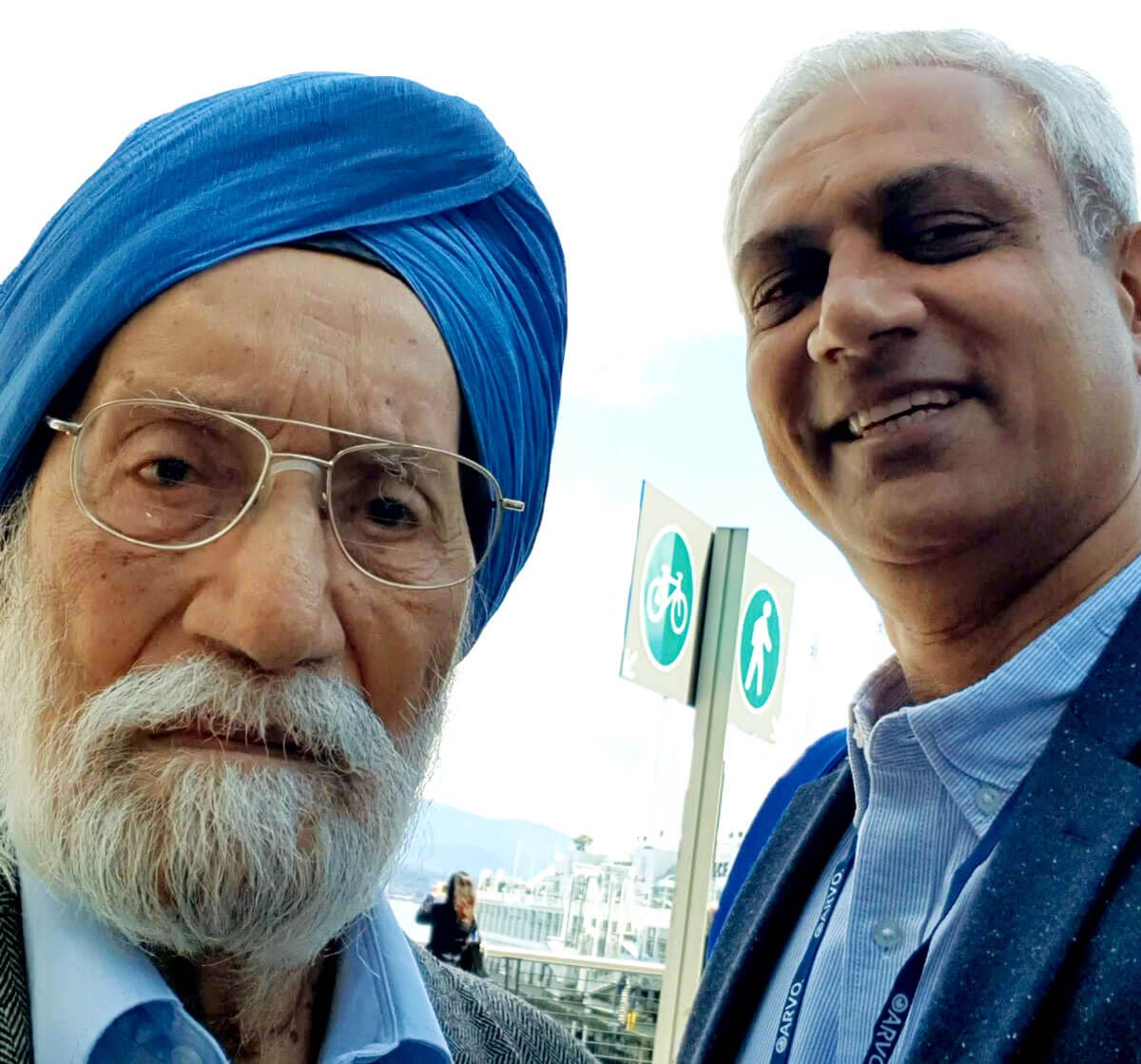 It has been an honour and a pleasure to work with and know Sohan – a true legend and a perfect gentleman. Apart from the direct benefits of learning clinically important facts and hypotheses, indirect learning within clinical practice and life as a whole has been invaluable. Sohan was comfortable with his age as he could joke about getting old, and in the same breath celebrate the blessings of life. It is inspiring to see how he achieved so much from having started out with so little. He lives through his extensive contribution to ophthalmology literature.