Diagnoses of dry eye disease double within a year

New data released by eyecare experts Théa UK, reveals that one in three people (34%) have been diagnosed with dry eye disease, a debilitating and potentially painful eye condition, a figure which has more than doubled in the past year. The Keep a look out for your eyes survey which was conducted amongst 2,000 members of the British public by One Poll shows that despite the 19% increase in diagnoses of dry eye disease, eye self-care is being neglected.

Wearing contact lenses, looking at screens for a long time without a break, spending time in air conditioned or heated environments, smoking or drinking alcohol are all lifestyle factors which can increase the chances of developing dry eye disease. Despite these facts, 43% of people who have the condition state that they haven’t changed their lifestyle and one in five (22%) did not use recommended eye drops following diagnosis - a statistic that is alarming, because while dry eye disease can be easily managed, if left untreated more severe cases can lead to conjunctivitis, ulceration, and in more extreme cases vision loss.

The data also reveals a disconnect between what people say and do when it comes to their eye health. While two thirds of people say that sight is their most important sense, 36% admit that they haven’t been for an eye test within the last two years with one in five stating that they have cancelled or postponed an eye test to save money due to not being able to afford the cost of new glasses. This is despite official NHS guidance stating that people should get their eyes tested every two years.

British actress and TV personality Nadia Sawalha, who suffers from dry eyes herself, said: “I have suffered with dry eyes over the years for a number of different reasons. I’m afraid I have been guilty of overwearing my contact lenses on long shoots and travel days. And over the last ten years my phone use has reached ridiculous levels. Add to all that the joys of menopause and I have created the perfect storm for uncomfortable, red and itchy eyes that I’ve found beyond irritating! We’ve all been guilty of putting off looking after ourselves at times, however, our eyes are our window to the world and so it is critical that people take some time to look after their eyes. For anyone who thinks they might have dry eye disease, my top tip is to seek advice from your pharmacist or optometrist as soon as possible so you can get a treatment plan and get back to feeling like the usual you.” 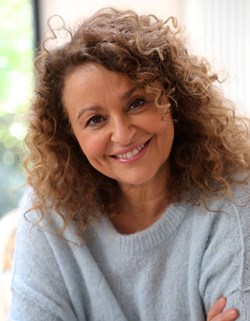 Optometrist Sarah Farrant, a dry eye disease expert, said: “I challenge the nation to keep a look out for your eyes. Firstly, I urge people to book an eye test because regular eye tests not only determine whether you need glasses or a change in prescription, they can also easily detect conditions such as Dry Eye Disease. Other simple ways that people can look after their eyes are reducing screen time, giving your eyes a rest every 20 minutes when at a screen for long periods of time, wearing sunglasses outside, blinking more regularly, and adopting an appropriate eyecare routine. If you’re really short on time, a great place to start is the ‘Your Eye Health’ website which includes a symptom checker as a first port of call.”

Sarah continued: “Finally, for anyone that suffers from dry eye, make sure you opt for preservative-free drops because preservatives are proven to cause long term damage to the eyes and can actually cause dry eye themselves. As a result, they are also less effective in the long term.”

To check your symptoms and for further information on conditions such as dry eye, you can visit: www.youreyehealth.co.uk