New accents, friendly smiles and haggis served with my traditional morning breakfast, I knew at this point that I was a long way from the south of England, where this story begins. Two weeks earlier, through sheer luck, I was announced as a proud winner of two tickets to the Eye News Symposium and Eyecare Conference and Exhibition 2020. My enthusiasm for all things eye instantly got me scheming of cunning shift swaps in order to attend. Despite my best efforts, I still found myself speeding down the M23 after a Sunday on-call shift from Brighton to board the last train to Glasgow at 19:28 from Euston, London. A five-hour train journey later and I arrive at midnight in Glasgow city centre, ready for Monday’s programme.

Upon arrival to the conference, I was in high spirits for the first lecture of the symposium: Ocular Nutrition by Mr Saj Khan. Mr Khan brought a whole new meaning to the phrase ‘carrots are good for your eyes’ and made the topic of nutrition, a seemingly dull topic at medical school, inherently interesting. He debunked many of the myths associated with nutritional supplements, from omega fatty acids to carotenoids, and their impact on the eye. With no industry sponsorship, Mr Khan was not afraid to say that some supplements are simply a waste of time and money, whilst others he actively encourages his patients to at least try to combat the effects of dry eye disease. The talk left me feeling invigorated that every healthcare practitioner involved in eye care could at least tackle the subject matter of eye health at a nutritional level; a simple and effective preventative measure we all can offer our patients. 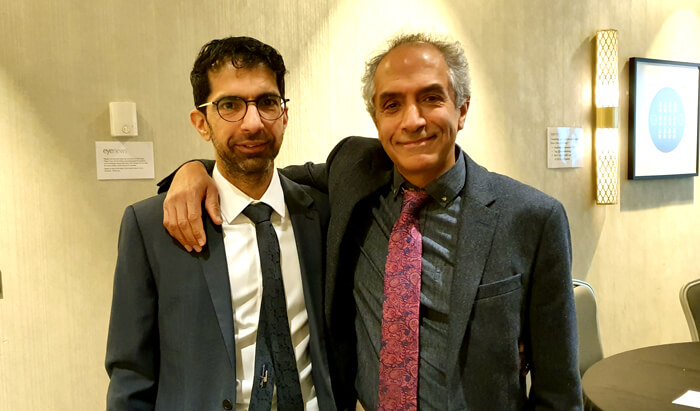 Now, in keeping with the theme of the Eye News Symposium, two talks were delivered by Professor Tariq Aslam and Dr David Hoyle on the hot topics of artificial intelligence (AI), machine learning and neural networks, following an introduction from the chair Professor Bal Dhillon. The hype surrounding neural networks and big data has been a recent explosive trend in mainstream media and the research sphere. However, it most certainly is not a new subject matter and its application to healthcare still remains foggy. Yes, it is true that healthcare data is being generated at an exponential rate, yes, neural networks seem to be associated with many incubator projects and, yes, I do think it is impressive that AI can outcompete clinicians in pattern recognition. Dr Hoyle was the first to present a clear picture as to how these machine learning algorithms, one of which models human neural networks, employ a series of ‘inputs’ to generate a desired ‘output’. They effectively bridge the gap between the two points with a series of complex calculations, many of which stem back to statistical concepts. Dr Hoyle also presented a balanced argument on neural networks, suggesting that they are not the be all and end all, but are appropriate only in some statistical problems. Professor Aslam cemented these messages and made the summary statement: “AI will not replace clinicians, but it will automate the cumbersome tasks of clinical practice and therefore allow for more time for communication and patient interaction”. This was profound since it reached the essence of why many of us entered healthcare professions in the first place, to share interactions with individuals and communicate through their ongoing issues.

Moving away from the theory, subsequent talks followed on the application of AI in the real-world setting. Professor Niall Strang who demonstrated the power of collaboration between community practitioners, namely optometrists, and tertiary hospitals in Scotland as part of a wider collaborative eye network. Through the introduction of electronic referrals and empowering community optometrists, the triage of eye complaints could be done in a virtual capacity and more conditions could be managed in the community. There was a reduction of up to a third of community referrals, only serious eye conditions were being seen in tertiary units and a large burden was being removed from NHS eye clinics. Following this, Mr Daniel Neely proved to be an inspirational individual who practices as a paediatric ophthalmologist from Indianapolis by day and volunteers his remaining spare time with Orbis and their allied charitable organisation, Cybersight. He gave up his time to talk about a telemedicine platform that allows for difficult cases from low-resource settings to be discussed with experienced ophthalmologists in high-resource settings. Better yet, the algorithm employs machine learning techniques to reach an initial conclusion on whether treatment is required, potentially preventing the loss of imminent vision. By the end of the talk, what initially seemed like an implausible idea – integrating AI in a low-resource setting – became a possibility and applause should be given to Mr Neely and the Orbis team on such an impressive feat.

The workshops and exhibitors at the event proved to be the true highlights of the day since there was an opportunity to play with new technology and products. The workshop by the Sight and Sound Technology Company provided an opportunity to test novel instruments available to visually-impaired individuals, especially various sized electronic magnifiers. The workshop by Advanced Ophthalmic Systems (AOS) provided a tutorial on their advanced novel software that integrates with slit-lamps to allow for greater precision in the grading of clinical signs on examination, for example conjunctival redness and vasculature. However, a particular thank you goes to the optical engineers from Heidelberg, who gave up their lunch break to look into my boring, but healthy eyes – what a relief! It was a true shame that there was simply not enough time to visit every exhibitor. 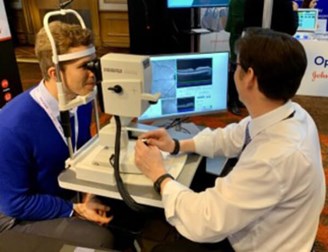 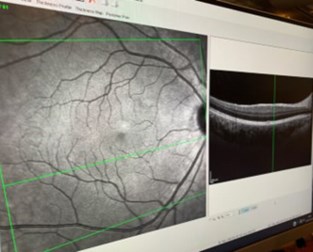 I am no stranger to conferences, however, the friendliness I experienced when I attended the Eye News Symposium in Glasgow was second to none. Every individual was open to a conversation and every conversation delivered on invaluable learning points. The sleep deprivation proved to be worthwhile in the end as I spent the next day on the wards with an invigorated smile, knowing full well that I had made the correct career choice to pursue ophthalmology. I am extremely grateful for Eye News giving me the opportunity to attend and explore a new city with many friendly opticians, optometrists and ophthalmologists in the local area. I look forward to the next event! 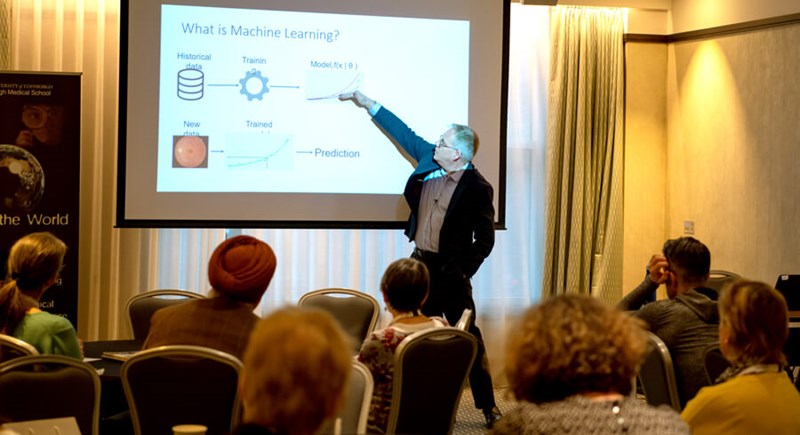 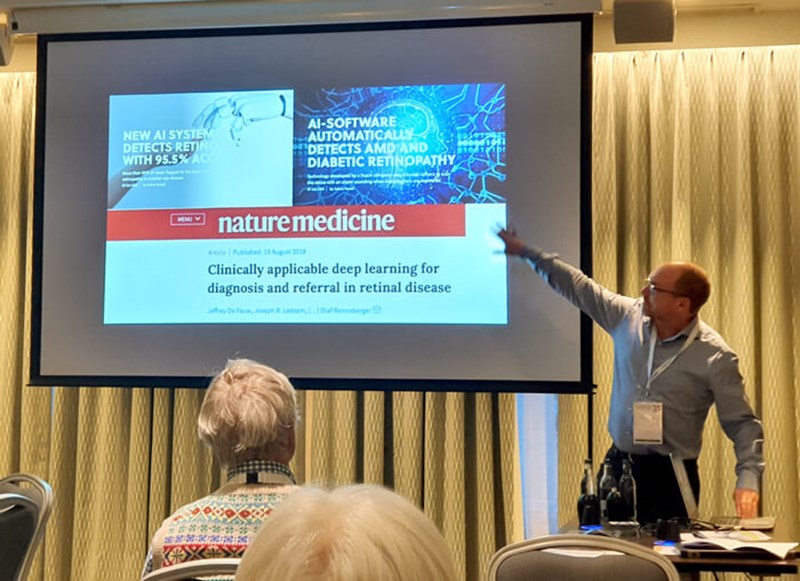 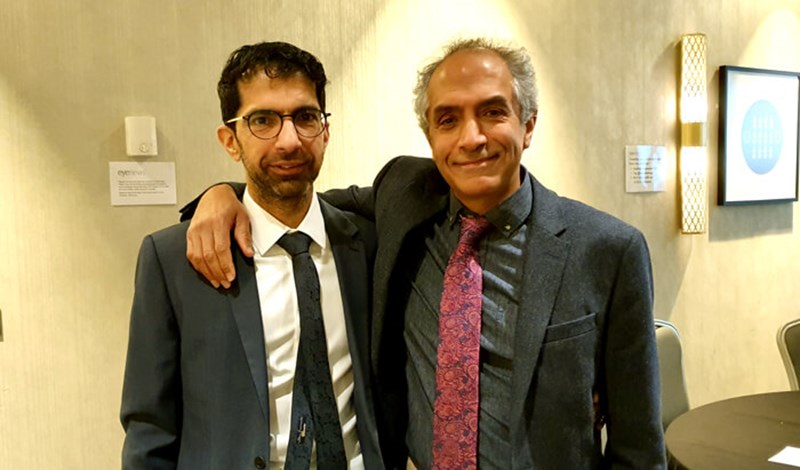 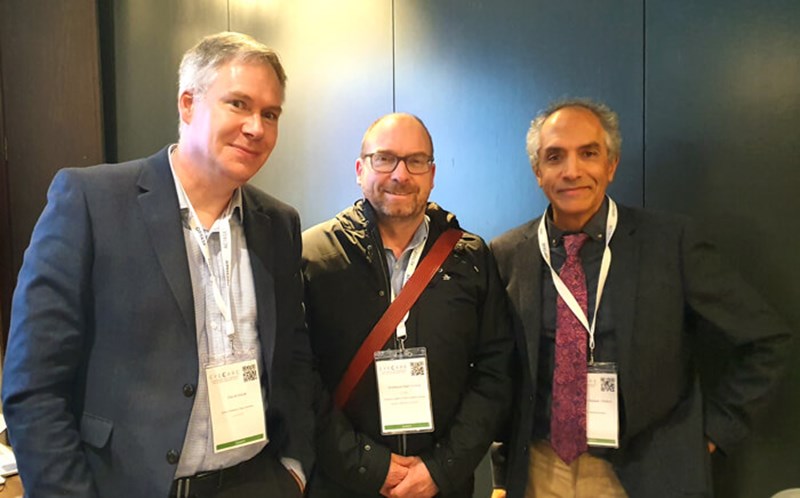 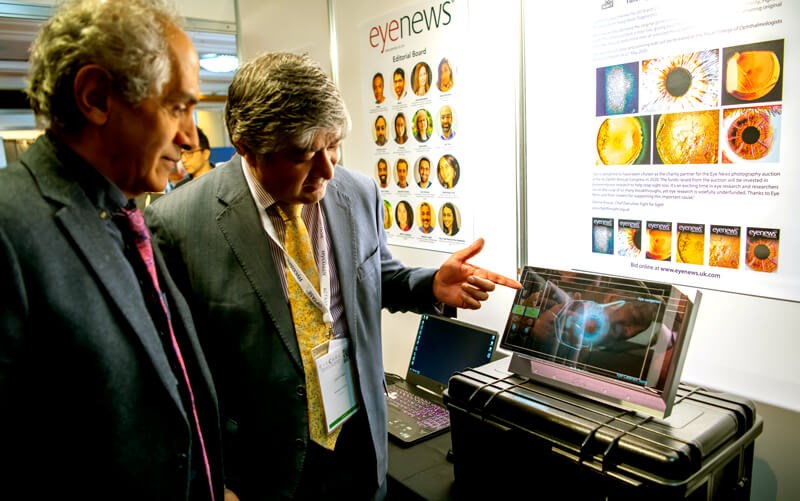 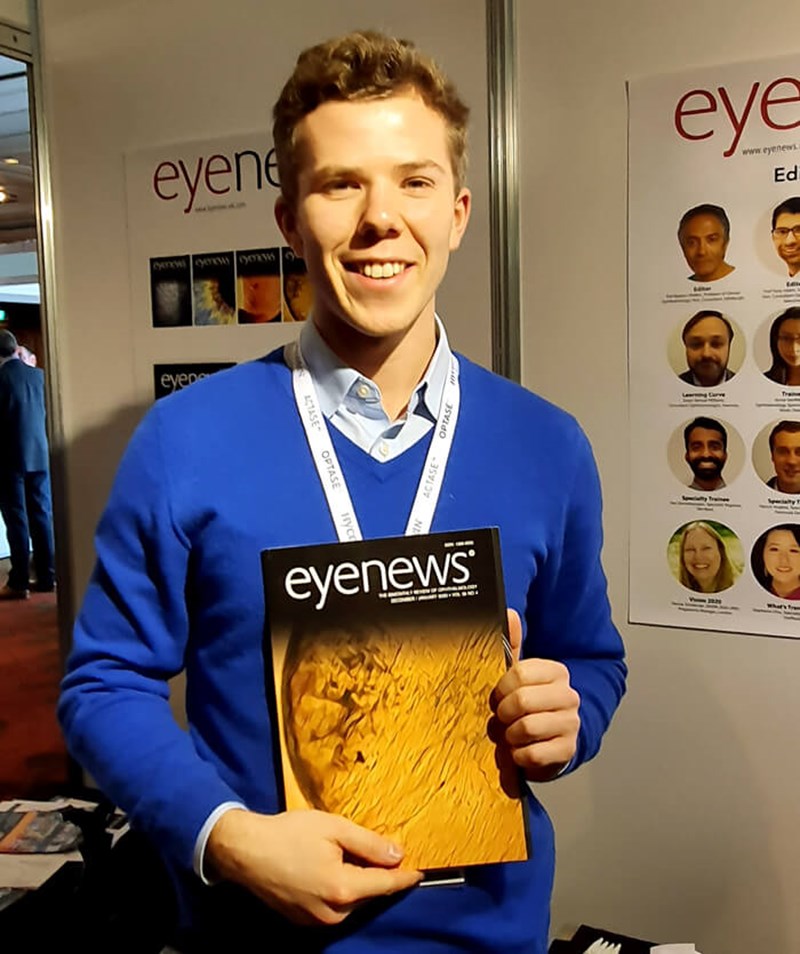