Does unconscious bias exist, and does training help to reduce discriminatory behaviour? Clare Inkster questions her role as a trainer.

I read Gwyn Williams’ Learning Curve article on this topic a few months ago with interest, and as someone who delivers this training myself, more than a little concern. For those that missed it, Gwyn described a particularly poor experience of a half-day unconscious bias teaching programme, which ultimately ended up being counterproductive to its stated objective.

My initial reaction to the article was to feel somewhat disgruntled. But as time has gone on, I’ve come to question the role of the training I’m delivering, and to wonder if there aren’t more effective ways in which to engage with the topic. For me, there are three separate issues here: firstly, whether such a phenomenon as unconscious bias exists at all; secondly, whether its presence leads to discriminatory behaviour; and thirdly, the effectiveness of unconscious bias training in eliminating or reducing the incidence of such behaviour.

Doctors are creatures of science and are generally best persuaded by a clear evidence base for any intervention. This is highly relevant to the design and delivery of training material aimed at doctors. But for the purposes of this article, we need to look at the evidence for all three of the above questions.

Neuroscience gives us a very clear answer to this question with much of the early work done by Daniel Kahneman [1]. You may be familiar with his popular volume, Thinking Fast and Slow. Many common biases have been detected which are either measured through real world behaviour (such as charitable giving choices) [2], by self-report [3], or through an association test developed by social psychology researchers in the 1990s. The latter is the now-famous Harvard Implicit Association Test [4].

A search on Pubmed for ‘implicit association test’ (IAT) returns over 1000 results, with numbers still increasing year on year. Should you so wish, you can undertake this test free, online. Through a simple reaction / response time exercise, the test will tell you what apparent level of bias you have for any given indicator. The problem with this very elegant test is that it has thrown up a lot of quite contradictory research. Whilst most experts are agreed that unconscious bias as so measured is a genuine phenomenon (as opposed to conscious bias, whose existence is not in doubt) there is less agreement about how accurate the IAT is, and how much it is able to predict real world behaviour. For many indicators, there is a clear correlation between self-reported (therefore conscious) bias, and unconscious bias. However, there is evidence that more socially sensitive constructs, such as gender bias, show a greater difference between self-report and IAT results [5].

What of the effect on real world behaviour?

Again, we could correctly challenge whether the bias producing the behaviour is conscious or unconscious, but few would argue that it exists, and impacts entire groups sharing similar characteristics. There is a large amount of evidence that people of different gender, race, ethnicity and disability, amongst other protected and non-protected characteristics, are treated less favourably than the majority in any given context. As the public becomes more aware of these issues, you will read about a new finding on an almost weekly basis. Areas as varied as life expectancy, educational attainment, recruitment success, career progression, lifetime earnings, and even dating success have unexplained variations in outcome when other factors are corrected for.

A frequently cited BMJ article revealed that identical CVs for doctors were treated less favourably when attached to an Asian sounding name [6]. Outside of healthcare, other examples include real world gender bias in physics (allocating research time for the Hubble Space Telescope) [7], IT (coding) [8] and music success (in blind auditions). It is worth noting a systematic review which shows that healthcare professionals exhibit the same levels of implicit bias as the wider population [9]. The most convincing studies were shown to combine data from an IAT with measures of real-world quality of care. There is correlational evidence that biases are likely to alter diagnostic and treatment decisions, as well as level of care for some patients. There is less research into the effects on learners of unconscious bias. However, even a relatively small effect, say in an exam situation, taken at scale would see significant disparity in outcomes for less-advantaged groups [10].

In an attempt to mitigate the effects of bias across a wide variety of sectors, unconscious bias training has been developed. However, evidence for the effectiveness of this training is patchy at best. A further systematic review showed a lack of robust data for any interventions aimed at reducing implicit bias [11]. Use of counter-stereotypical exemplars are said to be the most promising intervention to date. Again, there are problems with defining measures, as the IAT is often used to measure both baseline and outcome measures.

Given that the test has been shown to have low test-retest reliability [12], this may not be the best approach. This is only one of many problems in the design and delivery of unconscious bias training. In a study into British values, equality was shown to be valued highly by a large proportion of the population [13]. So, for British people, being confronted by a suggestion that equality is somehow unconsciously subverted by mysterious societal means, may not be well-received.

Many have criticised the proliferation of unconscious bias training interventions, with little evidence that this provides a simple solution for workplace racism or any other sort of bias [14]. Habit-breaking strategies have been found to be useful, but effort and engagement are required in order to have a long-term effect [15]. There is even a suggestion that this type of training can have negative effects on less-preferred groups by drawing attention to the biases and barriers that they face in society.

In designing training, I have found that I receive better feedback from workshops on the topic since employing a greater focus on the evidence base alongside real-life experiences of trainees. The very best session we have run locally included groups of trainees who were prepared to talk about their own experiences of training more generally, and bias in particular. Much of what they described might reasonably have fallen under the category of ‘microaggression’. These are the small behaviours that visibly different people experience on a daily basis, and which undermine their sense that they belong in, or have the same value to, society, and whose impact tends to be cumulative rather than immediate. It is this cumulative effect that is important here.

No one minds occasionally being asked where they are from, but if it happens on a daily basis, and you clearly have a local accent, then you are being given a certain message about belonging that becomes hard to avoid. I have spoken to many trainees who tell me they have come to dread that question. Personally, with my pale freckly skin, this not something I ever get asked by patients in clinic, despite my rather unfamiliar surname.

I’ve always believed that we should maintain a focus on outcomes in the world of medical education. Differential attainment is a current hot topic, with different groups of trainees having different rates of progression through training programmes, and less positive experiences. This is the main reason for my personal focus on unconscious bias training, alongside many other interventions. No one working in the field would suggest bias is the only factor here, or even the main factor, but it is hard to believe that it doesn’t play some role. The General Medical Council GMC acknowledges this, and our own local data back this up.

So, what are we to do with all this complex and contradictory information? I hope that at this point, we can agree that something needs to be done. After all, I’m very aware of how much doctors value equality. The question is, what should that something be?

The premise of unconscious bias training is that by understanding the concept, then somehow gaining access to our own unconscious biases, we can then apply our conscious minds to the problem and make better decisions in the future. All this suggests a degree of complexity more in keeping with the art than the science of medicine. But personally, the more tools I have at my disposal to help me make good decisions both in patient care and in education, the better.

However, as previously mentioned, the evidence that unconscious bias training ‘works’ in the sense of altering real world behaviour, is weak. This is partly because of a lack of good quality research, as clear outcome measures in this area are notoriously difficult to define. There are also likely to be many confounding factors. Most of the research looks at improvements in the IAT testing, rather than at real-world behaviour. Bias training does not always improve outcomes on bias testing. There is even less evidence that any benefit for individuals from such interventions is sustained. Finally, the design and delivery of such training sessions varies very considerably.

A recent large piece of multicentre research looked at nine different unconscious bias training interventions in US colleges, and concluded that positive effects were not sustained over time [16]. However, a separate group re-evaluated the data, and came up with a fascinating conclusion [17]. Whilst individuals’ IATs tended to vary quite randomly, and the mean long-term result across the group returned to pre-intervention levels, the results looked quite different when looked at from an institutional level. This found that each institution had a mean level of bias, which was remarkably stable.

The mean for each of the different institutions was directly correlated to structural identifiers of racial inequality such as the presence of a confederate statue and a lack of diversity in faculty. This is consistent with the theory that unconscious bias is context-dependent, rather than a result of individual disposition. Further evidence for this comes from other context dependent responses. Interethnic friendships, for example, have been found to be protective against bias for a target group [18].

This has hugely important implications for our approach to promoting fairness in medical education, and eventually eliminating disparity in educational outcomes, with all its human and financial costs. Whilst an understanding of bias and its potential effects must remain a part of this, there needs to be a much closer focus on leadership, policy design and culture. Further research will be needed to be clear on which types of intervention are most likely to be effective.

“The evidence that unconscious bias training ‘works’ in the sense of altering real world behaviour, is weak”

We know that having a positive focus on diversity can lead to better patient experience [19]. I believe having an understanding of unconscious bias still has an important part to play in this arena, not least because there is good evidence that it is effective in raising awareness of the phenomenon [20]. A drive towards large-scale and mandatory training may be the wrong approach. I don’t think we can ‘train’ people to avoid actions resulting from unconscious bias, but we can surely educate them on its potential effects.

This will need a concerted effort towards improving the quality of any educational sessions we plan to deliver, as well as careful consideration of who to aim them at, and what the intended learning outcomes should be. Doctors are leaders in the healthcare environment, and we therefore have an important role in setting culture, helping develop policy which promotes equity, and supporting our wonderfully diverse staff and patients into the future. 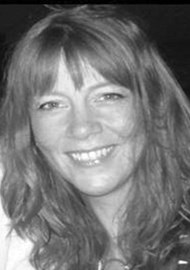