“The beauty of scientific research lies in that the search for answers often yields yet more questions.”

A large body of evidence points to the corneoscleral limbal location as the repository of putative epithelial stem cells [1]. Thoft proposed the X+Y=Z hypothesis to explain the cell dynamics that maintain corneal epithelial homeostasis during health and disease. The loss of corneal epithelial cells (Z) is equal to the sum of the anterior migration of cells from the basal epithelium (X) and the centripetal migration from the limbus (Y) [2].

Stem cells are said to reside within a niche, or environment, which supports their growth and replication and affords them protection. Outside their niche, stem cells would undergo differentiation to form progeny cells named transient amplifying cells (TACs), which have been shown to exhibit highly proliferative properties to heal corneal epithelium in time of injury [1].

Patients suffering from limbal stem cell deficiency (LSCD) have a decreased ability to restore their population of corneal epithelial stem cells and present with symptoms such as irritation, photophobia and reduced visual acuity. Slit-lamp biomicroscopy findings identify corneal vascularisation, peripheral pannus and late staining of the epithelium with fluoroscein (due to an altered and abnormal corneal epithelial surface). Progression of the condition leads to superficial punctate keratopathy and frank epithelial defects with further scarring, decompensation and, ultimately, perforation (Figure 1). Partial LSCD can involve the visual axis necessitating intervention or can occur excluding the visual axis, when no or minimal intervention with topical medication may be required (Figure 2). 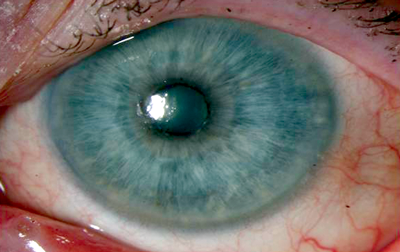 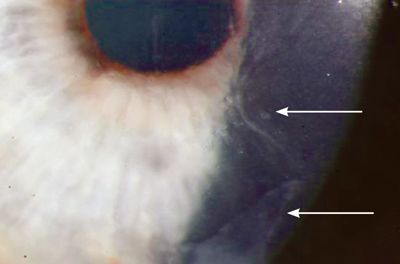 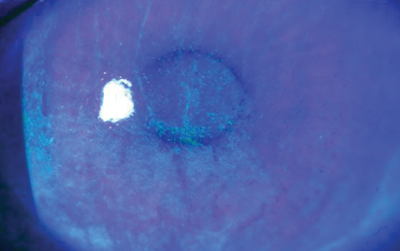 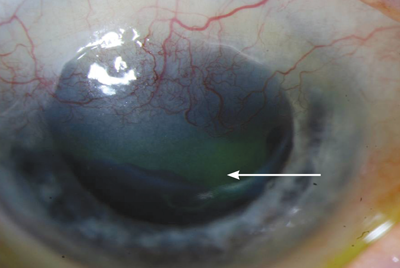 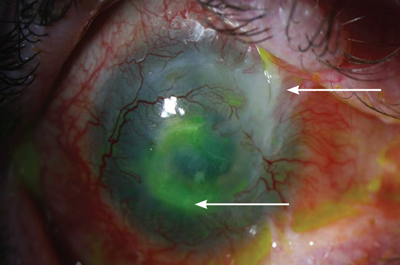 How does one manage total limbal stem cell deficiency?

While partial LSCD could, in theory, be managed by observation or debridement of pannus, total LSCD fails to respond to conservative measures (Figure 3). Initial application of conjunctival-limbal transplants showed encouraging results for presumed LSCD [3]. The options of autologous limbal transplants (CLAU) from fellow eyes evolved to allografts from either living relatives (lrCLAL) or cadaveric kerato-limbal allografts (KLALs). DNA analyses with these studies demonstrate positive engraftment (where corneal epithelial cell DNA analysis can be traced back to donor stem cells). However, limitations existed with allografts in that systemic immunosuppression was necessary to reduce the risk of rejection and subsequent graft failure. Furthermore, although autologous grafts did not share this predicament, undiagnosed bilateral LSCD could lead to grafting of damaged limbus, which can both exacerbate the donor eye and lead to failure in the recipient eye. These pitfalls necessitated the need to find superior methods of transplant.

In recent years, ex vivo expansion of limbal epithelial stem cells has been popular in the treatment of total LSCD [4]. A small amount of donor limbus containing presumed limbal stem cells is expanded ex vivo. This is then transplanted onto the ocular surface, commonly using amniotic membrane as a carrier. These techniques have shown comparable results with conventional limbal sheet transplants [5].

What is the role of the corneoscleral limbus?

The conventional ‘wisdom’ of the limbus as the seat of corneal epithelial regeneration has been in the spotlight in recent years. Interestingly, however, an observational, prospective consecutive case series by Dua et al. seemed to indicate otherwise [6]. Five human subjects (eight eyes) presenting with total LSCD were followed for a mean period of 60 months (range 8-12 years). These patients had confirmed 360 degree LSCD diagnosed via clinical examination and in vivo confocal microscopy (IVCM) showing bright conjunctival epithelial cells, goblet cells and superficial and deep vascularisation. The central cornea, in all cases, contained an island of normal corneal epithelium. To the surprise of the author, this central island persisted throughout the observational period indicating a limited role of the limbal epithelial stem cells in the physiologic homeostasis of corneal epithelium [6]. There appeared to be a collection of cells, in the central cornea, able to self-sustain in the absence of stem cells. The role of transient amplifying cells once again came to the fore. Are these hybrid progeny cells able to retain characteristics of stem cells (i.e. independent regeneration) while also being highly migratory and proliferative? Can this exist outside the established stem cell niche? If not, then how can one reconcile the arguments made in light of the observations seen?

What is the fate of transplanted limbal stem cells?

What has cell therapy shown us?

Cell therapy has been pioneered in other specialties and raises some interesting questions. Plastic surgeons applied cultured autologous dermal epithelial cells to treat massive skin burns and chronic ulcers [14-16]. The initial optimism declined among these surgeons due to inconsistency in the clinical results and several surgeons have questioned the usefulness of cultured epithelial cells [17-20]. Haematologists also had similar experiences with ex vivo expanded haemopoetic stem cells. Hollyok et al. reported that ex vivo expanded haemopoetic cells failed to engraft in subjects with bone marrow failure, but whole marrow transplants successfully engrafted. The authors speculated the normalisation of the corneal epithelium might be due to regeneration of ‘dormant’ host stem cells that are impaired by a pathological insult. Cultured epithelial composites, concurrent treatments with steroids and immune suppression that down regulate the ocular surface inflammation may potentiate this process. This can, consequently, trigger activation of resident inactive stem cells by altering the microenvironment through application of a ‘biological dressing’.

Disappointingly, the large body of literature has failed to provide alternative explanations for the constellation of features that are termed ‘limbal stem cell deficiency’. The role of the corneal limbus in epithelial maintenance has been the subject of several publications since Davanger et al. and Cotsarelis et al. advanced the concept of limbal stem cells. Animal experiments that followed demonstrated that destruction of the limbus (the presumed location of limbal stem cells) either by thermal or by chemical injury allowed conjunctiva-derived cells and new blood vessels to migrate onto the corneal surface [21-24]. This led to the speculation that loss of limbal function was responsible for the centripetal conjunctival cell migration across the corneal surface. Consequently, the presence of conjunctiva-derived cells on the corneal surface, clinically termed ‘conjunctivalisation’, became a diagnostic criterion for LSCD and was considered pathognomonic of the condition. Conjunctivalisation can be demonstrated by impression cytology for goblet cells. In the last decade cytokeratin profiles have become available as markers of epithelial origin and have been used as a diagnostic tool.

The literature on ocular surface disease has provided some alternative explanation for clinical features such as abnormal fluorescein staining, corneal vascularisation and persistent epithelial defects. Metaplasia of the ocular surface epithelium is a well-documented feature, whereby the stratified secretory epithelium is replaced by enlarged non-secretory epithelium and varying degrees of keratinisation. Metaplasia of ocular surface occurs due to chronic irritation and inflammation, such as in severe dry eyes, Stevens-Johnston Syndrome, ocular cicatricial pemphigoid, multiple surgeries and radiation [25-26]. It is interesting to note that Tseng et al. have attributed the persistence of metaplastic changes of the ocular surface epithelium to the development of corneal neovascularisation, ulceration and scarring. We have to note that there is much overlap between the corneal features of metaplasia and clinical features of LSCD, therefore making a diagnosis based on clinical features alone may lead to misdiagnosis. The published literature often does not make a clear distinction between the two conditions. 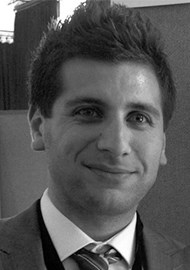 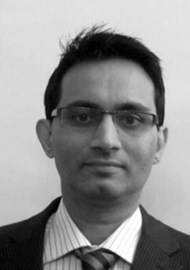 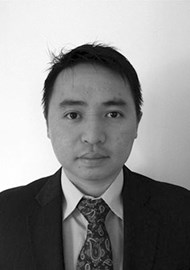 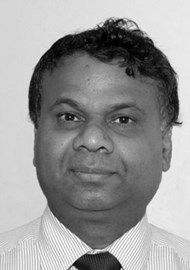