The eye may appear to be a comparatively simple organ and yet its optical system is complex and continues to be a source of investigation and research. The major optical elements are considered to be the cornea and the lens and this may be because they have a defined structure. The humours, aqueous and vitreous also contribute to the refraction of light and the iris regulates the amount of light that can reach the retina. The system is finely tuned; any alteration of one component will affect, even if on a sub-clinical level, the entire system.

The eye lens is a source of research interest despite the fact that there are known treatments for the two major changes that can occur in the lens: the physiological process of presbyopia and the pathological condition that is cataract. Neither change is fully understood. Yet better understanding of both has the potential to alter clinical practice. Fundamental features of both the physiological and pathological changes that occur with age are the material properties of the eye lens. The eye lens has a gradient of refractive index which increases from the edge to the centre and is created by the protein concentrations. Lenses in all species thus far investigated have a gradient index, with the particular profile being dependent on each species [1].This is to some extent caused by the fact that the crystallin proteins have species specific differences in type and concentration across the lens [1]. These variations are designed to match the optical demands of that specific eye and the lifestyle requirements of the animal or human.

The human lens has a comparatively simple gradient that alters steeply in the outer third of the tissue, a region that corresponds to the cortex, and is almost flat in the centre or nuclear region. It has been assumed that the change in refractive index is such as to keep the gradient smoothly varying. Previous direct methods of measuring the refractive index, whether non-invasively using ray tracing [2-4] or with invasive methods [1], have not been sufficiently accurate to detect subtle fluctuations. Nor have more recent but indirect measurements such as MRI [5-6], which have indicated changes in the overall profile shape with age.

New findings using advanced synchrotron based measurements have allowed detection of very small fluctuations in the refractive index in cortical and nuclear regions of animal [7] and human lenses [8]. The method used is X-ray Talbot interferometry [9-10] and the experiments are conducted at the SPring-8 synchrotron in Japan. The advantage of the technique is that lens refractive index can be measured in any plane, which can produce a three-dimensional map of refractive index, and that measurements can be conducted in the eyeball (Figure 1). In addition, these are the most accurate measurements available. 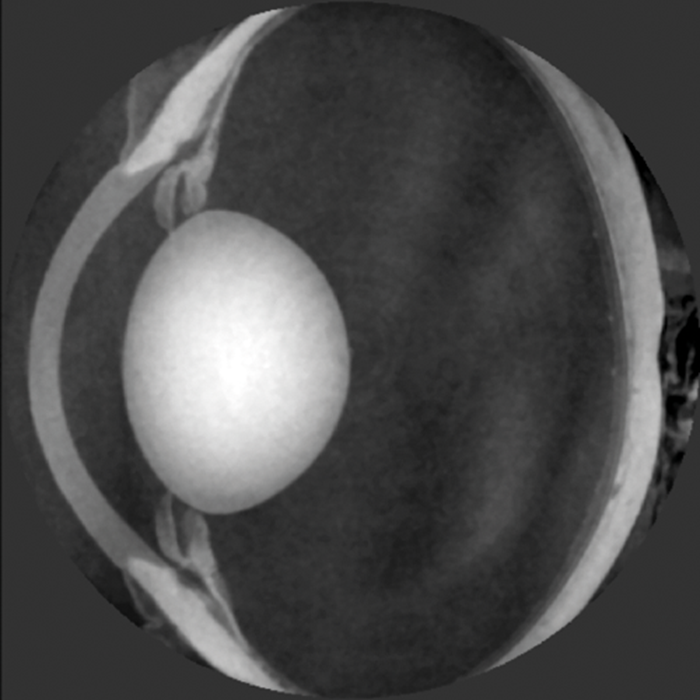 The refractive index in human lenses as measured using X-ray Talbot interferometry shows variations with age but there are two notable features about these variations [8]. Firstly, individual variations are broad and can mask age-related changes [8]. This may be because of differences in refractive power and in biometrics of eyes, variations in lifestyle that affect proteins and / or disease states such as diabetes that have sub-clinical manifestations in the lens.

This information is not available from the eye bank from which donor tissue is obtained. It does, however, highlight the need to consider that causes other than ageing can affect the lens, its shape and its refractive index. Secondly, from in vitro studies, the age-related changes in the refractive index gradient are evident in the equatorial but not in the sagittal plane [8]. The refractive index profiles from 66 lenses aged between 16 and 91 years were fitted with power laws and tested for statistical significance and no relationship with age was found along the optic axis [8]. Statistically significant changes in the refractive index profile with age in the equatorial plane may be of academic interest but these are not directly pertinent to vision. It should be noted that lenses tested after removal from the eye are not under any tension from the musculature and therefore will assume a rounder shape.

Given that older lenses do not accommodate this assumed form will be close to the distant vision state; this will not be the same for younger lenses that in vivo were capable of accommodation. Hence, any age-related comparison along the optic axis needs to consider that lenses were unlikely to have been in the same accommodative state. The general changes in the form of the refractive index profile with age in the equatorial plane show a broadening and flattening of the nuclear region [8]. Of interest are the micro-fluctuations in the refractive index gradient that have been seen in all lenses measured using the interferometric technique [7,8].

The lack of smoothness in the gradient may appear counterintuitive as one would expect such fluctuations to cause light scatter and therefore be detrimental to vision. Yet, this is not necessarily the case and is borne out by the fact that healthy living lenses have zones of discontinuity that are evident when viewed with a slit-lamp. These are clearly regions of light scatter yet they do not have any effect on vision. It has not been known what creates these zones and how they could be linked to the optics of the lens and indeed whether or not they may enhance the image quality. The findings of fluctuations in the refractive index gradient prompted a study to investigate if and how these fluctuations could be linked to the zones of discontinuity. The study involved taking the refractive index profiles and using these in lens models subjected to simulated slit-lamp view [11]. 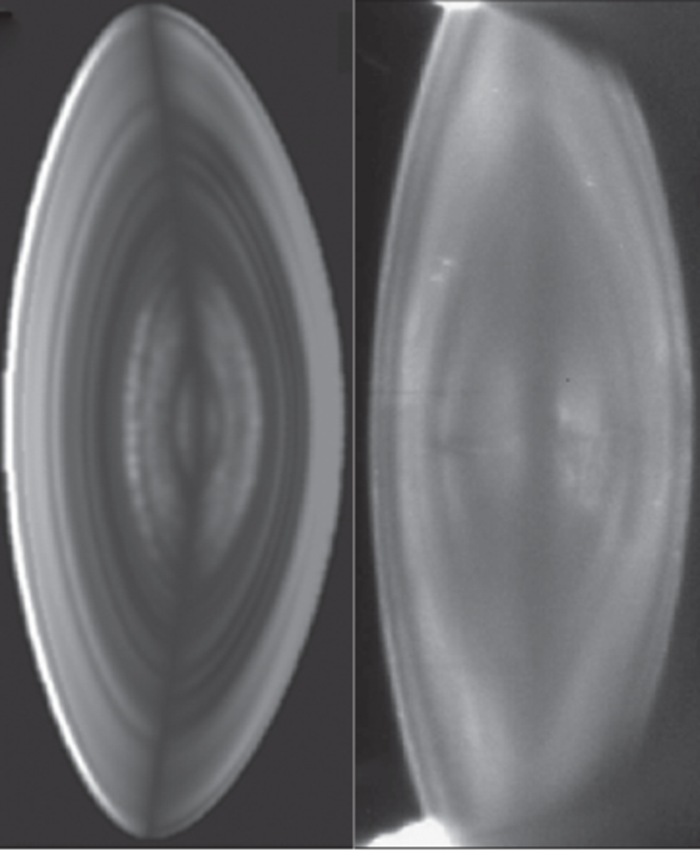 Figure 2: A) Simulated image constructed of reflected and scattered light using a model with the refractive index profile of a 35-year-old lens measured using Talbot interferometry. B) Slit-lamp image of a 28-year-old lens [12].

The light that was refracted through the model lens underwent reflection and scatter when it encountered a fluctuation in the gradient. The resulting image closely resembled the view seen when looking into a living eye [12] (Figure 2). The zones of discontinuity could be explained as caused by the fluctuations in the refractive index gradient [11]. This, however, does not explain why such fluctuations occur. They may be linked to growth stages, rather like is found with the rings of a tree, which indicate spurts and halts in growth rate. If this were to be the case and the zones of discontinuity were manifestations of changes in growth and development, these characteristic markings would be more than just interesting features with little clinical relevance but rather offer an excellent perspective on the growth and potentially ageing processes in the lens and also systemically. If more were known about the zones of discontinuity, clinicians could monitor how these characteristics alter with time and in response to various medications or disease states.

The research work reported in this article has received funding from Fight for Sight, the UK’s main eye research charity. Professor Barbara Pierscionek is a member of the charity’s Speaker Network, and spoke on this topic at 100% Optical 2016. www.fightforsight.org.uk 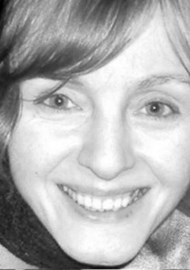 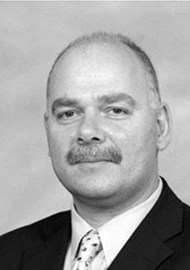