The Leicester Grading System for Foveal Hypoplasia
By Sohaib Rufai

Infantile nystagmus is characterised by constant and involuntary eye movements and affects 24 per 10,000 people [1]. Onset is usually in infancy, which can be a worrying time for parents and families because the pre-verbal infant is unable to communicate their level of vision. However, a great variation in visual prognosis exists, because some children are affected more mildly than others [2].

Predicting future vision in affected children could avert anxiety and / or prompt parents to plan appropriate adjustments to support the child in their development and educational attainment. Furthermore, predicting vision can also guide clinical decision-making.

Infantile nystagmus is commonly associated with underdevelopment of the fovea – the central part of the retina responsible for fine vision. This is termed ‘foveal hypoplasia’ [3]. In 2011, Thomas et al. [3] developed a structural grading system for foveal hypoplasia based on optical coherence tomography (OCT) data from adults and older children. This landmark study did not feature infants as it took place before the handheld OCT was available in Europe.

“A great variation in visual prognosis exists, because some children are affected more mildly than others”

Handheld OCT is non-invasive, child-friendly and enables ultra-high resolution imaging of an infant’s retina, in vivo, within seconds. In 2012, Leicester became the first centre in Europe to obtain the handheld OCT. Under the leadership of Professor Irene Gottlob, Leicester has used handheld OCT to investigate the normal development of the fovea [4] and optic nerve [5] in children, as well as a wide variety of childhood conditions including but not limited to nystagmus [6], retinopathy of prematurity [7], glaucoma [8], anterior segment dysgenesis [9] microcephaly [10] and cerebral malaria [11].

Now, our group has conducted the first study using handheld OCT to predict future vision in infantile nystagmus [2]. In this study, we have updated and validated our grading system, which we have named the Leicester Grading System for Foveal Hypoplasia [2]. This is the first medical grading system named after the city of Leicester, which can aid in diagnosis, prognosis and clinical decision-making in affected children. We are delighted that our study has been published in Ophthalmology and we hope that our findings will be widely cited. 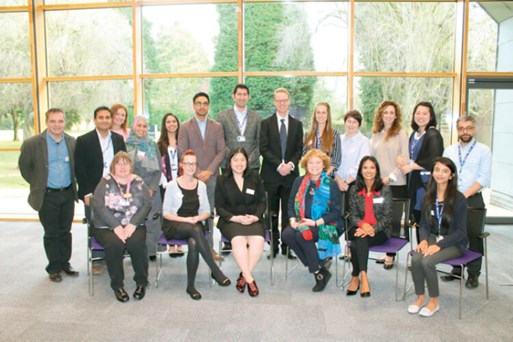 The University of Leicester Ulverscroft Eye Unit and colleagues.

The main conclusions of our study were as follows: i) handheld OCT can predict future vision in infantile nystagmus; ii) structural grading was a better predictor of future vision than quantitative segmentation; iii) preferential looking was a relatively poor predictor of future vision; iv) inter-grader reliability testing demonstrated that our grading system is robust; v) all grades remained stable throughout the study period. Moreover, our grading system can help to guide clinical decision-making. For instance, if VA is poorer than expected according to grading, suspicion should be raised for other pathology limiting the VA. This could include other retinal pathology, such as retinal dystrophy, cortical / neurological disorders, amblyopia, conditions affecting the anterior segment or refractive error. If a patient has poor VA consistent with a high degree of foveal hypoplasia, it is likely that the poor VA is accounted for at the retinal level.

I was thrilled to lead this study as part of my NIHR Academic Clinical Fellowship ST1-3 in Ophthalmology. I owe sincere thanks to my supervisors, Prof Irene Gottlob and Assoc Professor Frank Proudlock, as well as co-investigators Dr Mervyn Thomas, Mr Ravi Purohit, Dr Catey Bunce and Assoc Professor Helena Lee. I also wish to thank my colleagues who supported our data collection: Dr Rebecca McLean, Dr Zhanan Tu, Miss Helen Kuht, Miss Sonal Shah and Mr Michael Hisaund. Finally, I wish to thank the patients and their families for their kind efforts in taking part in this study.

Financial support: Medical Research Council, UK; Fight for Sight, UK; Ulverscroft Foundation, UK; Nystagmus Network, UK. Dr Sohaib Rufai was funded by a National Institute for Health Research (NIHR) Academic Clinical Fellowship for this research project, and is now funded by an NIHR Doctoral Fellowship. The views expressed are those of the author and not necessarily those of the NHS, the NIHR or the Department of Health and Social Care. 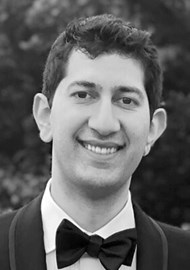