The International Congress of Ophthalmology (ICO): a history
By James F (Barry) Cullen

Readers of Eye News will notice in the Events section that the World Congress of Ophthalmology (WOC) is scheduled to take place in Barcelona in June 2018. This is in fact the renamed International Congress of Ophthalmology (ICO) and now meets every two years as opposed to four year rotations, which were the norm from the beginning of the 20th century. The Gonin medal is still, however, only awarded every four years.

The ICO was established at the first congress in Brussels in 1857 [1] attended by 150 delegates under the chairmanship of Franciscus Donders from Utrecht, and attended, among others, by Herman Von Helmholts who invented the Ophthalmoscope in 1850. Subsequent congresses took place in Paris in 1862 and 1867, London in 1872, New York in 1876, Milan in 1880 and at Heidelburg in 1888.

The eighth congress (ICO VIII) was held after an interval of six years in Edinburgh in 1894 under the presidency of Douglas Argyll Robertson, with 256 delegates from 22 countries, the venue being the new building of University Department of Physiology. The main subjects for discussion were the surgical treatments for cataract and glaucoma, and there was a report on the occurrence of purulent inflammation on the introduction of copper into the eye from Theodor Leber. The official languages were English, French and German, the local delegates were reported to have left the hall when German was used [1]. It was also reported that Argyll Robertson, “an able and courteous President” finally disposed of the idea of merging with the International Medical Congress by stating that “we would be traitors to our noble leaders Von Graefe, Donders and Bowman were we to allow the institution they were so deeply interested in to die”[1]. 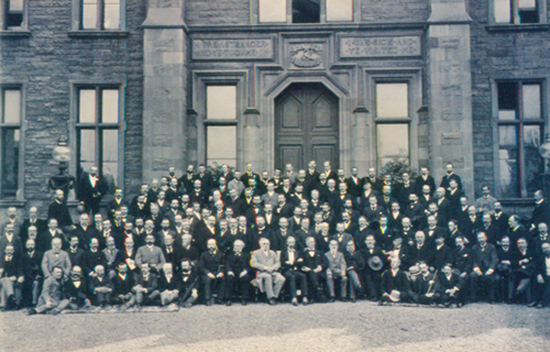 Figure 1: Photograph of delegates at the 1894 Congress taken on the front steps of the old Edinburgh Royal Infirmary.

The delegates also visited the Edinburgh Royal Infirmary, where the official congress photograph (Figure 1) was taken. The congress President Argyll Robertson is seen in the centre of the front row in a light coloured suit; on his left is Sir Henry Swanzy from Dublin, the congress Vice-President and incidentally co-founder with Sir William Wilde of the Dublin Eye and Ear Hospital (Sir William was an ear specialist and father of Oscar).

The first post World War II congress was held in London in 1950 under the presidency of Sir Stewart Duke-Elder (1898-1978) author of the famous textbooks [2], with 1211 delegates and 690 associates. There were three official languages: English, French and German, and for the first time with simultaneous translation. The main themes were the sympathetic system and associated hypertension, and hereditary diseases. The newly developed electrophysiology was also introduced by German researchers. There was also an official congress dinner with “speeches mercifully limited to four” [1].

The then international council, of which Professor George Scott [3] was the UK representative, met in Edinburgh at the Royal College of Surgeons, and honorary fellowships were awarded to Sir Stewart, Count Hermenegildo Arruga from Barcelona, and to Professor Alan Woods then head of the Wilmer Institute of the Johns Hopkins Hospital in Baltimore, all national representatives on the ICO council.

The XXVI congress was held for the first time in Southeast Asia in 1990 in Singapore, organised by the late Professor Arthur Lim FRCSEd (Figure 2). There were 6000 delegates including the author and Baljean Dhillon, current editor of Eye News. The International Council President being Professor Edward Maumenee (Hon FRCSEd), also from the Wilmer Institute.

At the 2014 congress in Tokyo there were 20,000 delegates, the attendance in 2016 in Gualajara Mexico is not available. The next congress is scheduled for Cape Town in 2020.