The overall goal of the Global Vision Database (GVD) [1] is to develop and deploy new and improved evidence on the prevalence of blindness and vision impairment (VI) globally. It is a repository which allows us to assess the causes of blindness and VI, intervention coverage, and to inform and influence global priorities and programs.

Accurate and credible global statistics on the magnitude, distribution, trends and causes of vision impairment and blindness are important to provide evidence that underpins appropriate public health policies, health service planning and financing at all governance levels. This is a key requirement of the World Health Organization’s (WHO) Global Action Plan for Universal Eye Health 2014-2019 [2].

The purpose of the GVD can be summarised as follows:

The database currently contains information from more than 250 population-based eye surveys (over three million ocular examinations!) from both published and unpublished sources. Principle investigators from many studies have contributed more detailed data than is available from the published reports (microdata). More of this microdata and full datasets have been donated / pledged in order to inform a new set of estimates due to be released in early 2016.

The collaboration behind the database

The Global Vision Database has been established by an international consortium of 79 ophthalmologists and optometrists with an interest in the epidemiology of eye disease. The group works with members of the WHO. This group (called the Vision Loss Expert Group (VLEG) [3]) was created originally to assist the Global Burden of Disease Study (GBD) [4] in its quest for population-based data on prevalence of vision loss in order to prepare estimates of Disability-Adjusted Life Years (DALY) for all diseases. These estimates were published for 2010 (GBD 2010) and the group continue to assist the GBD Study with subsequent outputs (GBD 2013).

How is this model / approach an improvement on previous estimates?

Previously, the WHO published estimates intermittently for limited time frames, age groupings, and gender. Table 1 compares the Vision Loss Expert Group (Global Vision Database) approach to that of the previous WHO outputs.

Likewise, prior to the advent of the VLEG, the previous Global Burden of Disease studies in 1990 utilised different methodologies. They also exhibited inconsistencies and had limited mention of vision loss.

The unification of a broad, global, interdisciplinary coalition of ophthalmic research expertise in the VLEG (in collaboration with WHO and GBD) ensures exceptionality in the identification and evaluation of published and unpublished quality data sources. This ensures that all major epidemiologic studies of the prevalence of vision impairment (which meet strict inclusion criteria for national representativeness, validated methodology and clear impairment definitions) contribute to greater precision of global temporal estimates

1. The Systematic Review and the data sources that are in the database

A systematic review of medical literature published from 1 January 1980 to July 2012 was performed [5]. We identified indexed articles containing data on incidence, prevalence and causes of blindness (presenting visual acuity <3/60) and moderate and severe visual impairment (MSVI); presenting visual acuity <6/18 but ≥ in the better seeing eye), obtained from only cross-sectional population-based representative studies. Studies that were included in the Global Vision Database met the following Inclusion criteria: 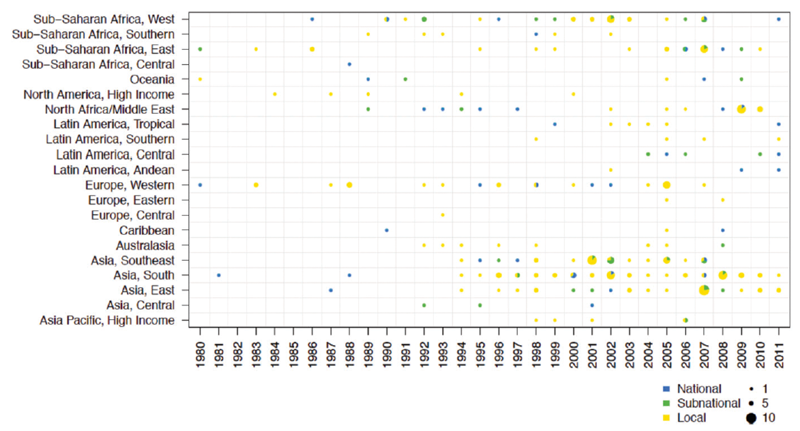 Figure 1: Data availability for studies conducted between 1980 and 2012, identified by the Global Burden of Disease (GBD) study systematic review that reported distance visual acuity sequelae, organised by region, with survey year and population representativeness highlighted. The population sampled by each study is represented as either national in scope, that of a first administrative unit or greater (includes state or regional) or a local / district level.

A global map of data sources with national or subnational (defined in this study as a first administrative unit or greater, which includes a state or region) data is given in Figure 1.

Many studies were excluded on the basis of the definitions used for vision loss categories, where the published data presented cut-offs of visual acuity that did not match those used by the WHO and the GBD study. In some instances we were able to access unpublished data from these studies in order to extract data that could be categorised according to the visual acuity categories used by the WHO and GBD study, but most such studies had to be excluded. This is unfortunate given the effort involved in conducting these studies and their potential to enhance the information provided in this review. Future surveys should include careful reporting of visual acuity data in accordance with the WHO guidelines at the time. The dearth of data relating to VI in children was unsurprising given the larger population sample and resources required to obtain a precise estimate of prevalence of VI in this age group. The majority of studies on younger age groups did not meet the inclusion criteria [6][7].

The increased number and broader distribution of recent data sources underscores an increase in population-based studies conducted in the 2000s compared to previous decades. However, there remains a dearth of such information from certain world regions such as Central Africa and Central and Eastern Europe, the Caribbean and Latin America.

There was also a shortage of national studies which increases the uncertainty around prevalence estimates in these countries and regions. Subnational studies may not reflect the prevalence of VI/B that exists due to the unequal distribution of eye care resources in some developing countries. Rapid assessment surveys [8] were particularly useful in that they had often been performed in regions where published data were sparse [9-10].

Additionally the results of these surveys are centrally collated [8] with the benefits of accessibility and a standardised use of vision loss category definitions and methodology. Interestingly, nationally representative studies were less common in high-income countries. Of the countries where representative population-based studies had been undertaken, most were single studies in a 28-year period.

2. The analysis of the data sources to estimate vision loss prevalence [11].

Step 2: Estimation of age-specific vision impairment prevalence when data were not reported by age.

Step 3: Selection and use of a statistical model to estimate the prevalence of blindness and MSVI by country, age, sex and year.

We modeled hierarchical linear trends over time, allowing for region-specific trends in the prevalence of vision impairment in four world regions. The difference in prevalence by sex likewise was modeled hierarchically in four world regions, which allows for differences in sex disparities in underlying risk of vision impairment or access to ophthalmologic care. Our model includes study-specific error terms, which have a larger variance for subnational and community studies, thereby allowing national studies to have a greater influence on estimates. We accounted for variation in reporting of prevalence by best-corrected or by presenting vision in our model by fitting a fixed effect model for data recording presenting visual acuity.”

We evaluated three country-specific covariates for which a complete dataset for 190 countries from 1980 through 2011 was available: gross domestic product per capita, mean years of adult education, and a variable representing access to healthcare. To select the model that made the most accurate predictions for countries without data, we calculated the predictive validity of all combinations of the candidate covariates using cross-validation. For both blindness and MSVI, the best performing model used only mean years of adult education and health care access as covariates.

Finally, we predicted the prevalence of severe and moderate visionn impairment for the central estimate, and confidence intervals for each country, year, age and sex.

The global burden of vision loss [11]

The burden of vision impairment was greatest among those 50 years of age and older. This age category comprised 84.6% of all blind people and 77.5% of all those with MSVI.

Only a small number of population-based surveys including near vision impairment met the GBD inclusion criteria. These studies suggested that the prevalence of presbyopia ranged from 70% in those over 30 years (in South India) [12] to between 44% and 62% in those over 40 years (in Timor-Leste and Tanzania) [13, 14], and up to 84% in those over 50 years (in Kenya) [15]. The burden of uncorrected presbyopia was high in these studies, which were based in regions where access to eye care services was limited and spectacles were relatively unaffordable. For example, 73% of presbyopes in Timor-Leste [14] and 94% presbyopes in Tanzania [13] did not own spectacles. 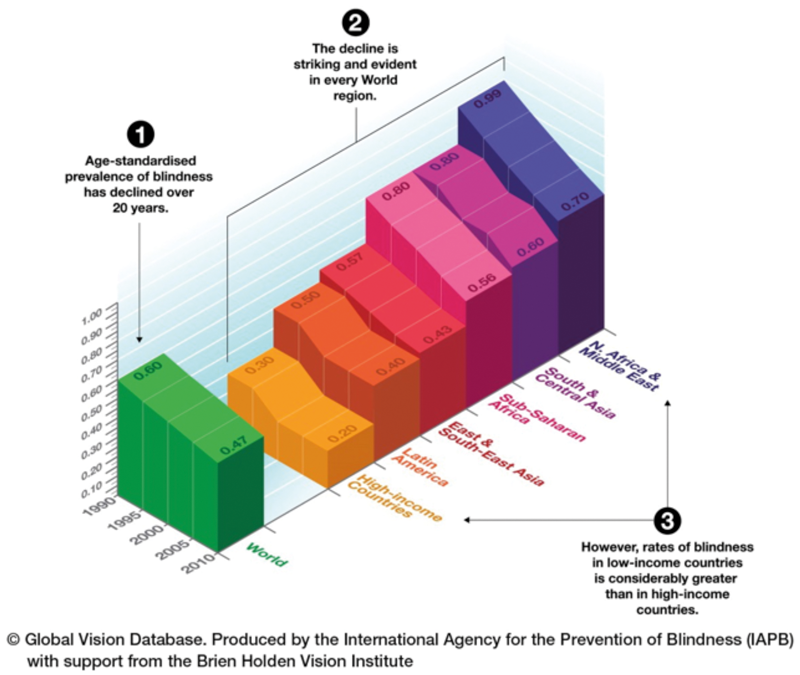 Figure 2: Age-standardised prevalence rates of blindness for all ages over time for the world and for regions.

Because of increases in the proportion of older adults in the world population, the overall prevalence of blindness and MSVI has decreased less than adult age-standardised prevalences. 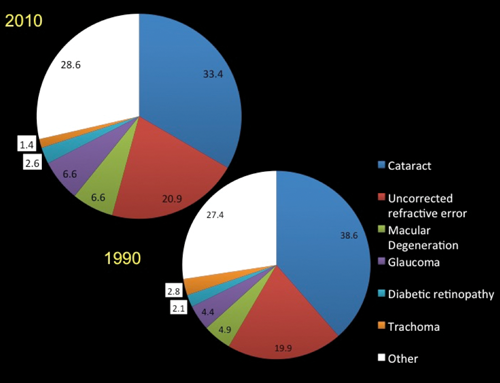 Figure 3: The contribution of various causes to the blindness burden in 2010 and 1990.

The major causes of blindness in 2010 and 1990 were, in order of significance, cataract, uncorrected refractive error and macular degeneration. For MSVI, these were uncorrected refractive error, cataract and macular degeneration (Figure 3). Avoidable vision loss due to preventable or treatable causes can be defined as any vision loss due to cataract, uncorrected refractive error, trachoma, glaucoma and diabetic retinopathy. With this definition, of the 31.8 million people blind in 1990, 68% (95% uncertainty interval, UI: 65–70) had preventable or treatable causes. By 2010, the proportion had decreased to 65% (61–68) of 32.4 million blind, which was a significant change.

The proportions of vision impairment caused by cataract and trachoma decreased in the study period of 20 years. Those for glaucoma, macular degeneration, and diabetic retinopathy increased; and that for uncorrected refractive error changed little.

This international collaboration of 79 leading ophthalmic epidemiologists from around the world, carried out in partnership with the WHO, has compiled the most up-to-date statistics ever generated on the prevalence of global blindness. This has facilitated the analysis of trends and risk factors.

The richness and detail of the VLEG’s Global Vision Database data enables its users (government policymakers, nongovernmental organisations including healthcare providers and charities, researchers and educators) in countries worldwide to obtain location relevant estimates. Where countries lack their own data, the model uses data from both published and unpublished sources in the region, applied to the specific population demographic of that country. This provides a more accurate view of the specific issues faced by each country which, due to differing risk factors, may differ markedly from their neighbours.

VLEG findings were used in the global analyses of eye-health economics carried out by PricewaterhouseCoopers’s economic reports ‘Price of Sight’ and ‘Investing in Vision’ (Feb 2013) [17]. This economic report calculates the costs and benefits of achieving the IAPB’s VISION 2020 goal of eliminating avoidable blindness by the year 2020.

Figure 4: Screenshot of the visualisation online tool, allowing any internet user to determine prevalence of blindness and vision impairment by gender and by country (www.iapb.org/maps).

Accessing this data and future work 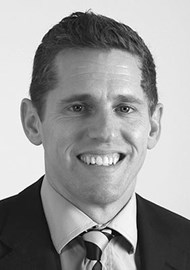 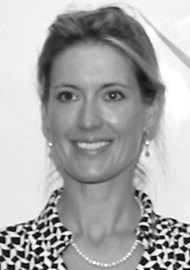 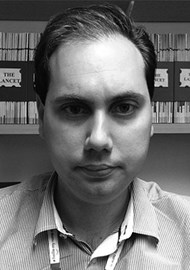 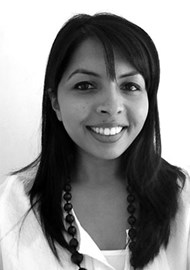 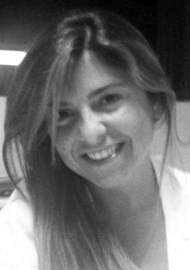