An understanding of the anatomy of the eyelid is essential for training in oculoplastic surgery. Active learning has been shown to increase knowledge and retention and has an advantage over passive teaching methods alone [1,2].

PlayDoh® models have been used to teach the anatomy of many structures such as the eyeball [3], heart and brain. To our knowledge, the use of 3D model creation in the teaching of eyelid anatomy has not been previously published and we present a step by step method of constructing a PlayDoh® model of the eyelid [4].

There are a variety of materials available for making models. We prefer PlayDoh® since models can be made easily and quickly, errors in creation can be rectified simply and they are distinctive because of the wide range of colours available. The PlayDoh® can potentially be reused if stored in an airtight container and is readily available at low cost. Although the models are not permanent, they will last a few months before they dry out.

To create the eyelid model a maximum of twelve PlayDoh® colours are required but we have made the model satisfactorily using only eight colours, (five of a larger quantity, approximately 40g, and three of smaller amounts).

Additional tools required to create the model are:

When preparing for large group lessons of 20-25 students, we have stored the selection of PlayDoh® pieces in small airtight plastic cartons. The model of the eyelid is created starting posteriorly from the conjunctival surface and moving anteriorly as follows: 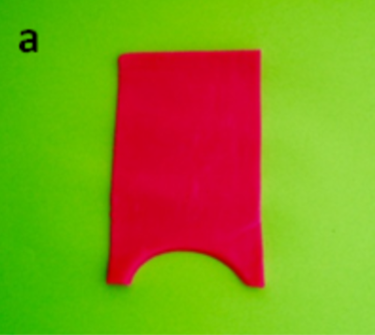 Roll out a second colour of PlayDoh® into a flat sheet and cut it so that it is the same width but vertically shorter than the conjunctiva with an arched superior border. This represents the tarsal plate (white). 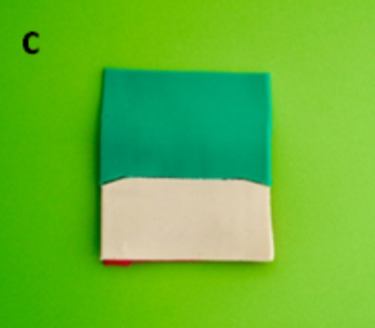 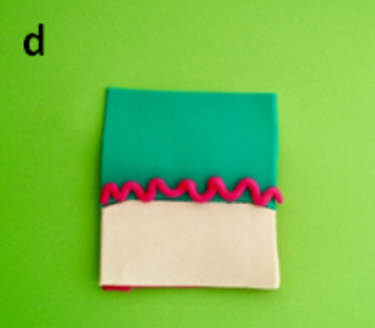 Roll a fifth colour of PlayDoh® into a flat sheet and cut this into a narrower levator muscle body fanning out into a wider levator aponeurosis (blue), the width of the tarsal plate. This inserts onto the anterior surface of the tarsal plate, one third of the way down. 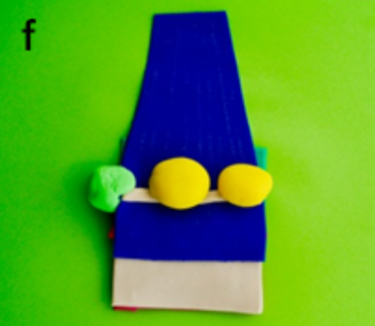 At this stage decide whether to create a left or right eyelid. Use two balls of PlayDoh® to represent the smaller medial and larger central pre-aponeurotic fat pads (yellow) overlying the levator muscle and aponeurosis. A further ball of PlayDoh® forms the lacrimal gland (light green) that lies laterally in the lid and wraps around the lateral aspect of the levator, which divides it into palpebral and orbital lobes. 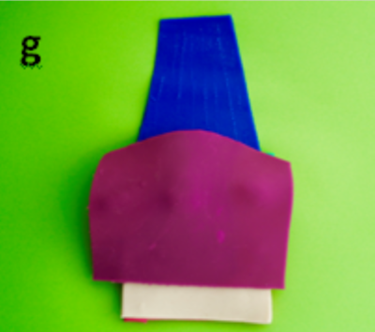 The orbital septum (purple) is represented by a large rectangular sheet of PlayDoh®. It covers the lid and inferiorly blends with the front of the aponeurosis as it inserts on the tarsal plate. 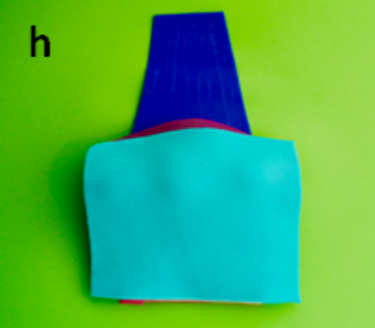 The orbicularis oculi muscle (light blue) is formed from a further large sheet of PlayDoh® extending from the front of the inferior border of the tarsal plate (pretarsal portion), overlying the septum (pre-septal portion) and superiorly towards the orbital rim (orbital portion). Circumferential muscle fibres can be scratched onto the orbicularis muscle sheet. 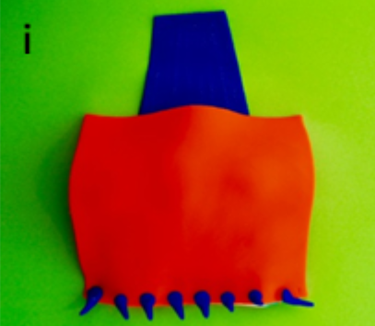 Skin and eyelashes (Figure 1i)

Roll some PlayDoh® into a large flat sheet and use this to represent the skin (orange) covering the eyelid model completely. The eyelashes (blue) are fashioned from multiple small balls of PlayDoh® rolled into conical shapes and attached to the anterior portion of the lid margin. 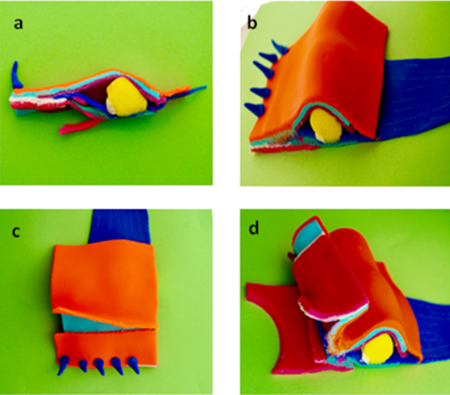 Eyelid lamellae and surgical approaches to the eyelid

A section can be sliced from the medial end of the completed model to show a side-view profile (Figure 2a) and an oblique view of the remainder of the model (Figure 2b). The eyelid lamellae can be clearly identified with the skin and orbicularis oculi forming the anterior lamella (orange and light blue) and the tarsus and conjunctiva forming the posterior lamella (white and red).

Different approaches for ptosis repair can also be taught using this model and compared to clinical slides of the relevant stages of the surgical procedure. An anterior approach is illustrated (Figure 2c) with an incision through the skin crease revealing the underlying orbicularis oculi, which can then be incised to expose the top part of the tarsal plate. A posterior approach is shown next (Figure 2d) with the lid everted and an incision made through the conjunctiva at the superior border of the tarsal plate to enter the space between Muller’s muscle and the aponeurosis.

Sound anatomical knowledge is fundamental for both physicians and surgeons alike in the treatment of patients. The traditional way of teaching anatomy has been via dissections and lectures. However these methods have disadvantages including a limited number of cadaveric specimens and relatively low effectivity of passive learning [5,6].

Kinaesthetic modes of learning, such as we have presented here, have a greater impact on short and long term learning than presentations, drawings, or purchased models [7,8]. Retention and application of knowledge is promoted when students are actively involved in their learning [9].

Creation of the eyelid model layer by layer allows a good understanding of the anatomy and relationships of the various structures of the eyelid. We have found that no prior experience with PlayDoh® is required to be able to easily construct the model.

The eyelid model can be created using a minimum of eight colours of PlayDoh® and up to twelve colours. To make the model as realistic as possible, we recommend using three extensively available colours as follows; white for tarsal plate, red for vascular arcade and yellow for preaponeurotic fat.

During our one-hour teaching session, the participants are shown how to form each structure and are asked questions about the anatomical details and function of each of these structures as they create them. Different levels of anatomical detail can be illustrated and discussed, depending on the audience.

Eftekhar et al. [10] reported some initial psychological resistance to the use of PlayDoh® in surgical training but this has not been our experience and the feedback we have received has been consistently excellent. We have used this kinaesthetic tool for several years in a variety of educational sessions, to teach eyelid anatomy to ophthalmic medical, nursing and orthoptic staff with excellent feedback (N=35; Likert scale 0-10; Mean scores = 9.43 for understanding, 9.82 for enjoyment; Median = 10) and to non-ophthalmologists such as dermatologists, maxillofacial and plastic surgeons at a facial reconstruction course (N=16; Likert scale 0-10; Mean score = 9.56; Median = 10; ranked 2nd of 13 sessions).

In summary, PlayDoh® modelling is an extremely effective way of teaching 3D anatomy and is readily available at low cost. We strongly recommend the use of this method of teaching eyelid anatomy. 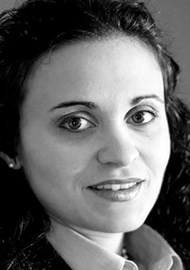 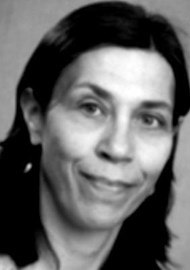 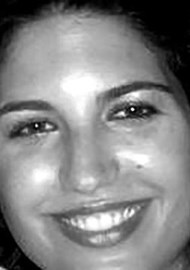 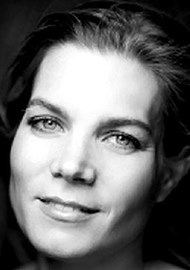 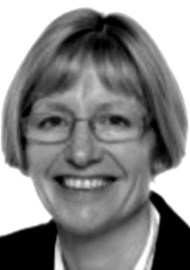