Shifting the paradigm of managing patients in medical retina: how real-world data can help us to improve clinical practice
By Pearse A Keane and Adnan Tufail

The ophthalmic subspecialty of ‘medical retina’ has undergone dramatic changes in recent years. With the introduction of ranibizumab (Lucentis, Novartis), a specialty formerly dominated by laser-based therapies has been transformed to become, in large part, pharmacotherapy-based.

To date, these pharmacotherapies have been largely predicated on the blockade of vascular hyperpermeability and angiogenesis within the eye (something that may change in the near future with the development of agents targeting other aspects of the wound-healing response or inflammatory pathways). The efficacy of this approach was first demonstrated for the treatment of patients with the neovascular form of age-related macular degeneration (AMD), but was quickly adopted for use in retinal vascular diseases such as diabetic retinopathy (DR) and retinal vein occlusions (RVO).

As a result, medical retina has seen a proliferation of randomised controlled clinical trials in far greater numbers than any other ophthalmic subspeciality. Increasingly, these trials have adopted similar eligibility criteria, treatment protocols and outcome measures, greatly facilitating comparisons between therapies and over time. Despite their increasing standardisation, the outcomes from randomised controlled clinical trials (phase III) studies may not always reflect the outcomes of treatment in the ‘real world’. For example, phase III studies have strict entry criteria, typically excluding patients with very high or very low levels of visual acuity, those with ocular comorbidity, or those who have previously received other treatments.

Furthermore, participants in such trials are often highly motivated and engaged with their treatment, thus increasing the likelihood of therapeutic compliance. Finally, the use of strict treatment protocols reduces the effects of variability between clinicians in terms of clinical decision-making. It is also worth noting that the standard primary endpoint of clinical trials – improvements in visual acuity – while required to assess the efficacy of new drugs, may not be the best measure of the quality of clinical care, where the ideal is to detect and maintain patients with excellent vision.

In 2006, ranibizumab was licensed for use in the United States following publication of the MARINA and ANCHOR studies [1,2]. In the treatment arms of these trials, patients with neovascular AMD received monthly intravitreal injections of ranibizumab over a two-year period. Using this approach, approximately 95% of patients maintained their presenting visual acuity over the study period (i.e. <15 letters lost), while about one third of patients displayed a moderate visual gain (i.e., ≥15 letters gained). Perhaps most impressively, patients receiving ranibizumab in the 0.5mg dosage also demonstrated a mean visual gain of between seven and 11 letters over the study period.

Ranibizumab was quickly adopted for the treatment of neovascular AMD worldwide. However, in most cases, for a variety of economic, logistical and patient-based reasons, the fixed monthly retreatment regimen used in this trial was not adopted. Many subsequent studies have demonstrated that the adoption of more flexible, ‘as-required’ treatment regimens leads to less impressive outcomes than those described in MARINA and ANCHOR [3]. A similar divergence between clinical trial protocols and real-world practice has also occurred for patients with RVO, DR and other retinal disease. The challenge for the medical retina community is thus manifold:

Traditionally, clinical audits have been used to assess real-world outcomes. However, these typically involve retrospective collection of incomplete data from small numbers of patients in single centres. In addition, there is a considerable risk of publication bias in the event of low success rates. An alternative approach is the continuation of clinical trials for a new medication even after marketing authorisation has been received – so-called ‘phase IV’ and ‘phase V’ trials.

Phase IV trials typically involve the safety surveillance and ongoing technical support of a drug; such studies are often required by regulatory bodies or may be undertaken by the sponsoring pharmaceutical company for competitive or other reasons. Phase IV studies often involve larger patients populations, followed for longer time periods, and may thus be useful for detecting rare or long-term adverse effects of an intervention. Phase V trials are an emerging format that are often used to refer to comparative effectiveness research. While important, the usefulness of phase IV and phase V studies may still be limited by factors such as selective patient recruitment and possible changes in behaviour of treating physicians. As a result, the outcomes of these studies are still likely to diverge from those in the real world.

The now widespread use of electronic medical records (EMRs) in patient care may represent an ideal method to assess real-world outcomes. Appropriately designed EMRs offer the opportunity to capture a large proportion, or even all, of a treated patient’s clinical data. EMRs can be designed to mandate capture of a defined, disease or treatment specific, minimum dataset. This ensures that all data is collected as a by-product of routine clinical practice (i.e. without effecting the behaviour of either the patient or the treating physician). When such mandatory minimum data collection is applied on a national basis, it may also allow studies with sample sizes approaching that of the general population with the disease (i.e. many orders of magnitude greater than the number of participants in typical phase III clinical trials).

Use of EMRs also allows the evaluation of outcomes from patient populations that are specifically excluded from other clinical trials. In particular, they allow inclusion of second treated eyes of patients, something that is likely to be of great significance for patients as visual outcomes in better-seeing eyes are likely to have greatest impact on quality of life. With EMR systems, there is always a danger that they become simple data stores and do not lead to any improvements in patient care.

In the UK, this outcome has been largely avoided through the adoption of nationally agreed minimum datasets across a variety of ocular diseases including:

The initial reports of the UK Neovascular AMD Database study have recently been published, and are already beginning to change the paradigms for the management of patients with this condition.

For the initial phases of the UK Neovascular AMD Database Study, anonymised data were extracted remotely from EMR systems at 14 different ranibizumab treatment centres within the UK. Each centre used a single EMR system from a single vendor (Medisoft Ophthalmology, Medisoft Limited, Leeds, UK), with a nationally agreed AMD dataset that included age, Early Treatment Diabetic Retinopathy Study (ETDRS) visual acuity, injection episodes and local / systemic adverse effects. Collection of this data was made mandatory in the software (i.e. the EMR user could not exit a patient’s chart unless these data fields were completed). As a result, the EMR becomes akin to an electronic case report form in a clinical trial, but obtained as part of routine clinical care. Up to five years of data were collected, beginning with the introduction of ranibizumab in 2006, and terminating in April 2012. Data were extracted from 12,951 eyes of 11,135 patients, receiving a total of 92,976 ranibizumab injections during 317,371 clinic visits.

In the first report from the UK Neovascular AMD Database study, the effects of ranibizumab therapy on treatment-naïve eyes with neovascular AMD were evaluated [4]. The mean age of patients at first treatment was 79 years, with a slight female preponderance. For those patients followed up for at least three years, the mean change in visual acuity was +2 letters at the end of year one, +1 letter at the end of year two, and -2 letters at the end of year three. The percentage of eyes avoiding moderate visual loss was 90%, 84%, and 82% at the end of years one, two and three, respectively. The median number of injections for those patients followed for at least three years was five, four and four, for years one, two and three, respectively.

Of note, in routine clinical practice in the UK, ranibizumab therapy is typically administered as a loading phase of three injections given at monthly intervals, followed by retreatments as required for persistent or recurrent disease activity. Thus, it is clear from the UK Neovascular AMD Database Study, that the real world outcomes using this approach do not match the results achieved in pivotal clinical trials such as the MARINA and ANCHOR studies. On the other hand, these real-world outcomes were achieved with substantially fewer injections and hospital visits.

It is important, therefore, that our treatment outcomes of neovascular AMD are compared to both the pivotal trials ANCHOR / MARINA and real-world data, and this will be important to explain to the commissioners of healthcare. The best metrics to use to benchmark outcomes as a measure of quality are still being determined and more than one metric may be recommended (e.g. mean visual acuity at one year, stability of vision after three months, proportion of patients maintain driving vision).

“An additional challenge, across all retinal diseases, will be to extend the amount of clinically relevant data collected.”

The results from this report lead to a number of important conclusions. They suggest that regular follow-up of patients after initiating treatment in the first eye gives an opportunity to screen a high-risk population of fellow eyes using visual acuity measurements, optical coherence tomography (OCT) scanning and fundus examination. This, in turn, leads to earlier detection and treatment and better outcomes, in second treated eyes. Although second treated eyes showed a mean loss in visual acuity of 5.5 letters by two years, these eyes often have relatively good visual acuity to begin with and, from a patient’s perspective, maintenance of the best possible visual acuity state (rather than change in visual acuity) is the functionally important outcome.

A number of other reports from the UK Neovascular AMD Database Study are currently in preparation. These reports will explore numerous areas in detail, including the visual outcomes in patients beginning treatment with visual acuities better than 6/12, and the time to disease reactivation in patients after a pause in treatment. These reports have the potential to influence future eligibility criteria for treatment, and to help in evidence-based planning of intravitreal treatment clinics. Subsequent data extractions are also planned, leading to a vastly increased dataset, with ranibizumab outcomes over longer time periods, and the evaluation of other pharmacotherapies.

The focus of the initial real world studies for retinal pharmacotherapies has been on neovascular AMD. With the approval by the National Institute for Health and Care Excellence (NICE) of ranibizumab for diabetic macular oedema (DMO) and macular oedema secondary to RVO, these studies will begin to diversify. Use of data extractions from EMR systems may allow investigation of real-world outcomes such as DR progression within a hospital eye service, or the indications and outcomes of ranibizumab therapy for DMO. An additional challenge, across all retinal diseases, will be to extend the amount of clinically relevant data collected. Many centres using EMRs already collect data such as the presence or absence of anatomic findings that have influenced retreatment decision-making. In the future, these EMRs may integrate with imaging systems, such as OCT, to provide detailed quantitative analyses. OCT systems already provide for automated measures of retinal thickness and volume; recent advances have seen other parameters such as drusen area and volume, choroidal thickness and measurements of individual retinal sublayers.

As EMRs are increasingly implemented across the NHS, automated compilation of longitudinal, objective, examination data and clinical outcomes will enable rapid knowledge discovery from millions of real-world patient visits. In the emerging era of ‘Big Data’, such databases will be an unprecedented resource for exploratory retrospective clinical trials, and to enhance understanding of disease natural history, epidemiology and response to therapy. Although the use of real-world data to shape clinical care is still in its infancy, it is clear, that it has the potential to transform the management of retinal diseases in the near future.

Dr Keane has received travel grants from the Allergan European Retina Panel and has given educational presentations for Novartis. Dr Tufail has been on advisory boards for Heidelberg Engineering, Novartis, Pfizer, GSK, Thrombogenics, Bayer and Allergan. 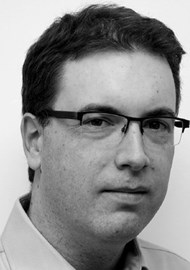 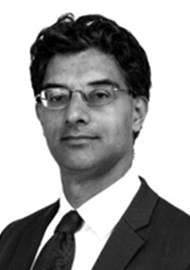